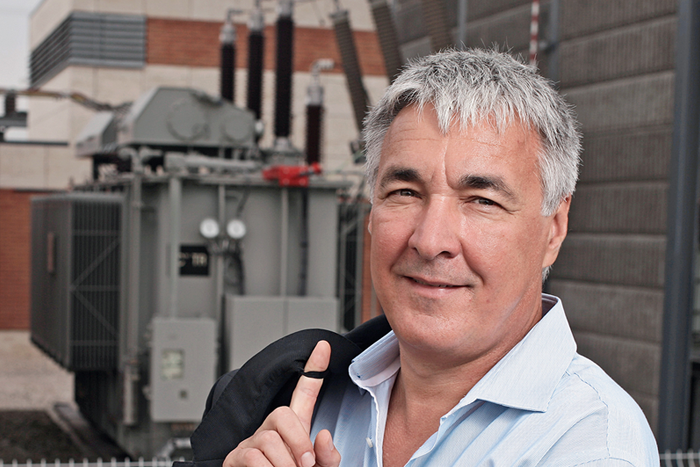 Protecta Kft. grew from a small, innovative research team into a strong, Hungarian-owned medium-sized enterprise. They achieved their revenue of approximately HUF 2.5 billion in the narrow segment of high-voltage network protection by exporting to multiple countries worldwide.

If a kitchen appliance or other electric device short circuits, it “trips the breaker”. Sometimes, the electric supply of an entire area goes down. When short circuits occur at transformer stations or high-voltage lines that supply entire cities, things are very different.  Power lines and transformer stations that may handle up to 400,000 volts need tailored, unique network protection solutions; moreover, power levels and oscillations must also be monitored so that interventions can be made remotely, without direct human interaction, even for minor irregularities.

The roots of the group – now a mid-sized enterprise with 80 employees – go back to the distant past. Development of the original Hungarian electric relay protection and network automatisation devices and the unique system philosophy developments were made by the predecessor company, Electricity Industry Research Institute, and its even earlier predecessor, the household name VILLENKI institute, founded in 1949. The generations of devices made in the world-class Hungarian research facility always kept up with the standards of more developed states and corporate solutions, sometimes even surpassing them. For example, they were the first to create a mass-produced integrated circuit defense device for high-voltage systems.

Privatisation was realised in 1996, when researchers and other managers successfully “averted” the interest of big, international buyers. The form it took was a management buyout; seven owners bought Protecta Kft., and it is still 100% Hungarian-owned. This is also where hardware production, constant development, and the related software solutions and installation know-how are done. Instead of the half-dozen researchers in the beginning, there is much more personnel now: the R&D department alone has 25-30 employees, and the “old masters” of the trade still work there to this day. How seriously they take research and development is also proven by the fact that some of the managers are active faculty members at the Budapest University of Technology (BME) and the high-voltage courses at Óbuda University.

The BME connection is so strong that the high-voltage protection course is practically run by the experts of Protecta. Furthermore, they regularly offer talented students research opportunities and internships at the medium-sized enterprise. Talent promotion works for them, as promising young employees always come to knock on their doors, but the lack of IT experts is something they also experience, as they have open positions for software developers. Even with high salaries, they cannot find developers who are also skilled in the basics of high-voltage physics. 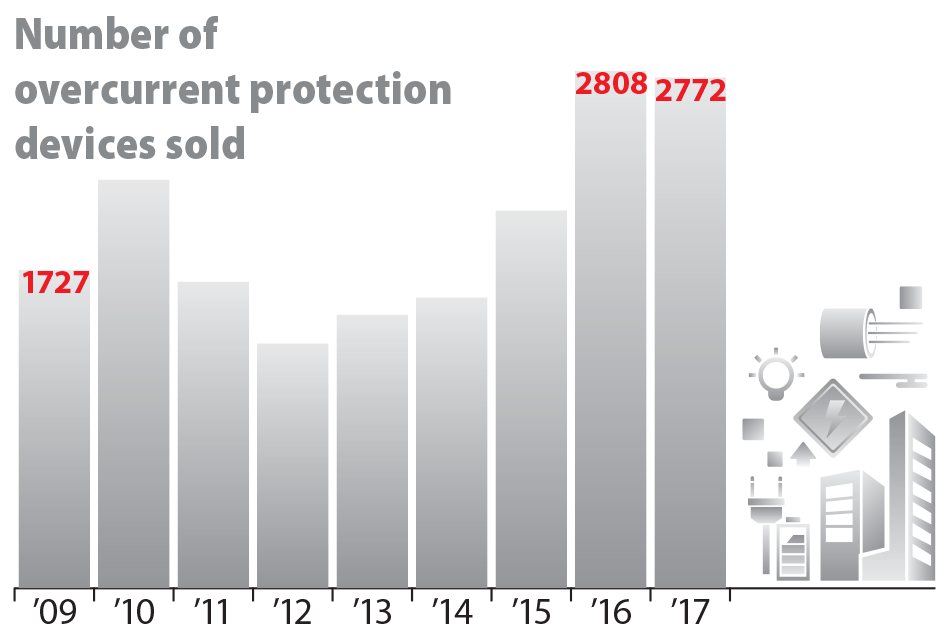 The relationship of trust based on a long professional relationship with Hungarian electricity providers provides the company with the opportunity to test its developments on the Hungarian network. Because of the expertise of Protecta’s employees, they have a chance even against big competitors such as ABB or Siemens. They can often serve their customers, including major electricity providers, the Hungarian network controller MAVIR, and large corporations such as Audi, Lego, or Richter Gedeon more flexibly and, of course, more cost effectively than these international corporations.

The application area of the devices requires high quality and high availability. Accordingly, the company focuses on full-range quality assurance, which also includes careful supplier selection. They use as many Hungarian suppliers as possible, but this is only partially possible, as most electronic devices are made in Asia. However, it is important to make sure that devices made at these remote places get to the factory through controlled channels, as inexperienced factories often encounter counterfeit, relabeled parts.

They suffered some effects from the years of the economic crisis (2009-2010), but only in that their profitability decreased because their capacities were not exploited completely. However, the international market helped with the latter.

Their first major partner found them after an international trade show, as did most of the others. Over the last decade, nearly 2,000 of ENEL (the largest Italian energy producer) transformer stations have been equipped with Hungarian devices. The main reason that they got the job was that big, international suppliers were unwilling to change their usual solutions, while the smaller, flexible Protecta was ready to modify its product according to the customer’s ideas.

Due to this flexibility, they supply the Austrian, German, Dutch, and Swiss markets as well as the Egyptian, Thai, and Uruguayan ones. They are also attempting to leverage their decades of knowledge in the Middle East. Today, about half of their HUF 2.5 billion revenue is from international markets; their numerous Hungarian references provide an excellent footing.

They have also augmented their sectoral portfolio in the name of diversification and development by an important acquisition. Thus today, they also work in high-voltage telemechanics alongside high-voltage electricity protection, after purchasing 53% of the control theory division of the similar sized Hungarian Protan Zrt. in 2012, with whom they also share a history. By unifying the Hungarian companies in the sector, they are even better at creating value that can be used to provide services and products that are competitive compared to huge international companies.

Regarding their future plans, László Eperjesi emphasised the construction of a new site that would function as an assembly plant and development centre. The site is planned to be built 500 metres away from their current headquarters on Késmárk street, as a greenfield investment, and they have already purchased the lot. The medium enterprise is financially strong enough that they only need a small bank loan for this. It is with this stability and the above-mentioned new site that they will be tackling the coming years head on.