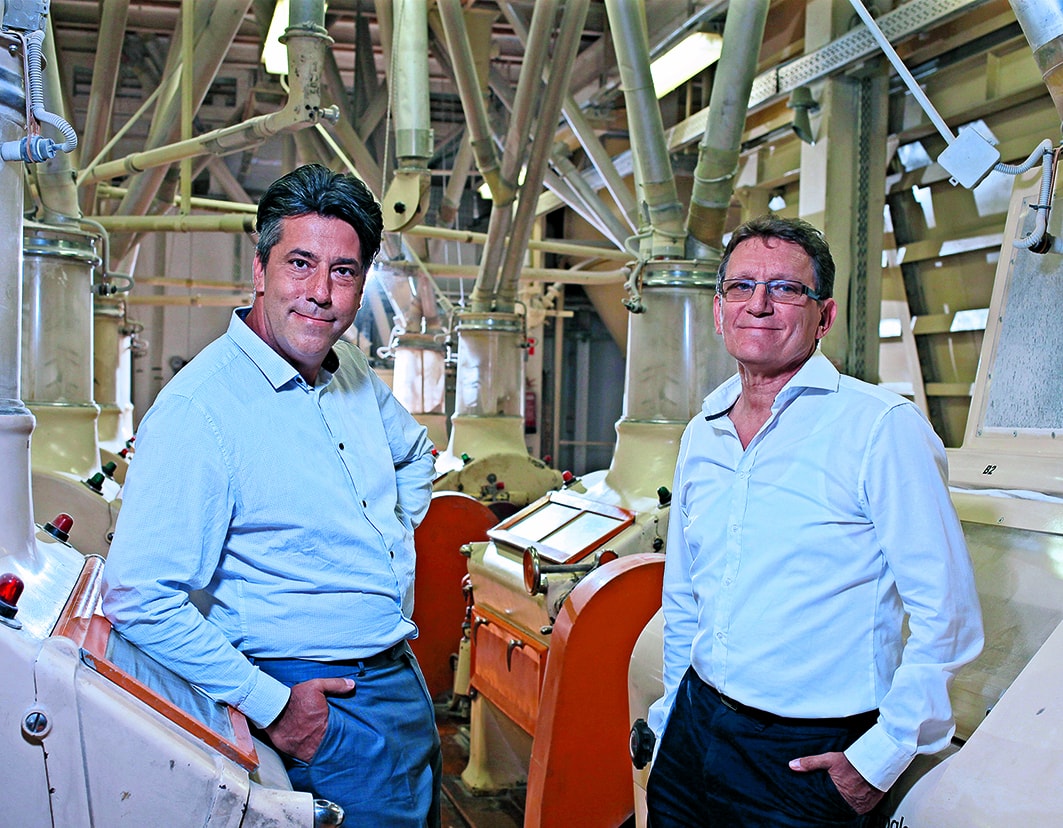 The Első Pesti Malom has four mills and a granary. As a major Hungarian milling company, they are the leading flour suppliers in Budapest and its surroundings.

Following in the footsteps of its imposing predecessors, Első Pesti Malom- és Sütőipari (EPMS) Zrt. seeks to preserve its heritage and adapt to 21st century needs and challenges. The history of modern Hungarian milling started with István Széchenyi founding the Első Pesti Hengermalom Társaság (First Pest Roll-milling Company) in 1839. After the establishment of the Hungarian stock exchange in 1864, the shares of the present company’s predecessor, Pesti Hengermalom, were traded there.

EPMS Zrt. was re-established in 1993 as the legal successor of Budapesti és Pest-megyei Gabonaforgalmi és Malomipari Vállalat (Budapest and Pest County Grain Trading and Milling Undertaking). Its ownership structure is complex, and its shareholders are former and present employees, as well as agricultural enterprises.

The company has an annual milling capacity of 50,000 tons and deals in grain trading, milling and baking, as well as in property management and development through its ownership stakes in other companies. The company was established in its present form in 2000. Besides its mills, it also has a granary. At the moment, they have nearly 150 employees. The company, with registered capital of HUF 1.4 bn, lays a great emphasis on its leading role on the special milling products market. 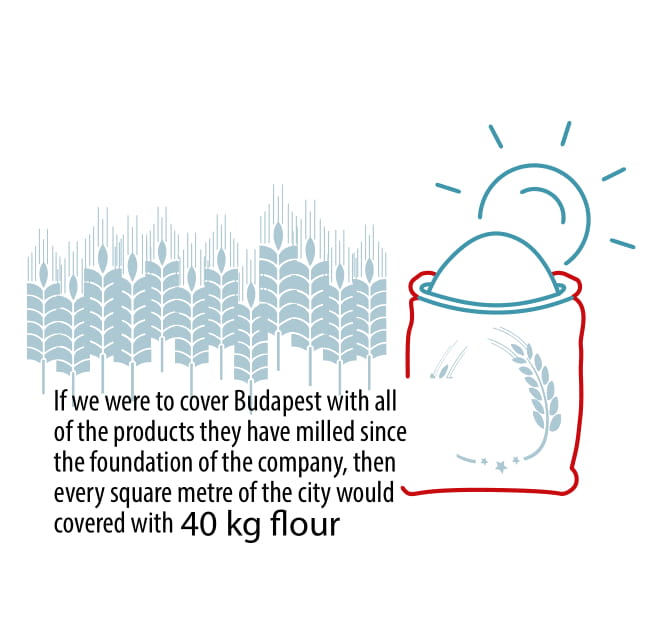 Mills have been producing a single type of standard flour for 100 years. The four mills of “Első Pesti” process ten cereal types and produce almost 60 different flour products. One of their mills is an organic mill, while another makes gluten-free products. Product specialisation and innovation form a significant part of the company’s strategy. According to the CEO, there is no point for a company of their size to focus solely on producing “basic” flour and to reduce itself to joining in the price competition, literally for pennies. Instead, they follow the market and consumer demand and produce new flour types. In doing so they process unique grains and cereals which can be grown in Hungary. Presently they have three shops in Budapest offering consumers both ready baked goods and flour products, all with a focus on healthy nutrition. It is the experience of Gábor Dávid, Deputy CEO, that the factors influencing customer demand are eating trends and, unfortunately, the necessary alternatives required by various digestive disorders and food allergies. Gluten-free products are one of the main trends presently. “Első Pesti” also makes reduced carb or high-fibre wholegrain flours. By participating in several joint R&D projects, they have also managed to expand their product range to include high-oxide and high-iron flours as well as so-called coloured wheat products. Their fundamental goal is to make flour into a more exciting product, taking a cue from the recent transformation of coffee consumption “from routine into experience”. The need for such transformation is visible, seeing that the Hungarian market is not expanding at all and will, at best, stagnate in the years to come, as households consume less and less flour-based foodstuffs. The company therefore expects that it will only be able to grow on export markets. Competition on the international market is not merely a matter of price and quality—efficient logistics are just as important. Currently, one-fifth of their revenues come from abroad, primarily from Hungary’s neighbouring countries. They are keen to venture into Asia, but, despite the increasingly active commodity exchange, the prices of Hungarian cereals are generally too high, and present an obstacle in this respect.

Milling is special because the predominant manufacturing process has followed the same underlying principle for centuries. There would be room for technological development, but traditional mills, even ones without any appearance of modernity, can also be competitive. The company now holds a share of 4.5 to 5% of the Hungarian market. Endre Csonka thinks that the competitive edge of medium-sized mills is to have diverse product range and quick reactions to special needs. Special orders come from bakeries as well as pasta and waffle makers—regarding flour grain size, for example. Their corporate social activities rarely feature high-profile actions. Instead, their CSR policy focuses on popularising health-conscious nutrition. They often give lectures at educational institutions, trade forums, but are also happy to donate flour products for the socially disadvantaged whenever they can.

Első Pesti Malom respects traditions, looks for potential technological innovations, and has achieved a substantial improvement in efficiency by partly automating its production processes (such as grain dehulling). They believe that the future is about product diversification, partly because market demand seems to follow this trend, partly because they are looking for ways to produce even more special products than they already do—by using different flour mixtures and milling procedures.