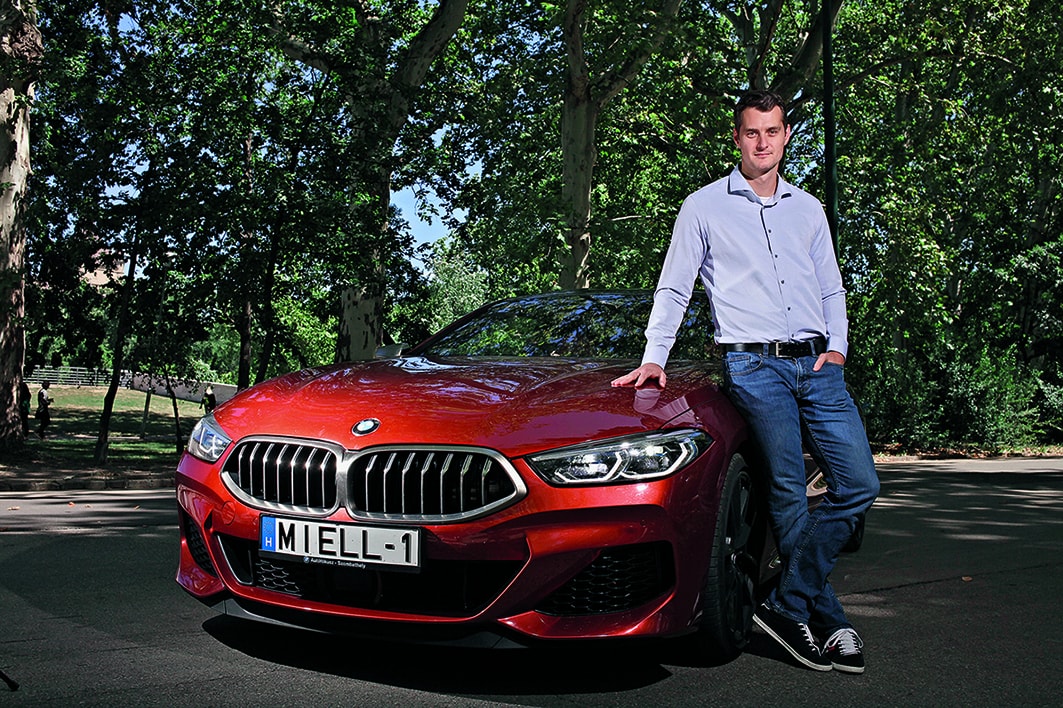 Still shy of its tenth anniversary, Miell Quality is already a big gun in Hungary’s industrial quality control. This company from Vasvár, a town in western Hungary. Still in the hands of its founding family, it boasts impressive results: a doubling of its revenue every year since its foundation, with a good chance of crossing the “psychological barrier” of HUF 10 billion this year.

It is the nature of their services that makes quality inspectors a “necessary evil” factor in the lives of manufacturing plants. They are outsiders, cost money, and are only called in when something goes wrong. The Miell Quality team of 1,200 however has succeeded in turning this negative reputation into such an advantage that they are now working at 55 to 60 locations all over Hungary at the same time, with most of their clients in the automotive industry, which has extraordinarily high standards. It thus comes as no surprise that the sales head of Miell Quality likes complex projects the most. As he says, “it’s great to see that almost all the cars sold in Hungary have parts that we’ve checked”.

The first company of the Miell Quality Magyarország Group, Boti Team Kft., a freight forwarding and cargo transport company, was founded in 2009 by Bálint Botfa and his brother, Balázs Botfa, in Vasvár. They printed their first order on a second-floor flat in a socialist-era housing estate. Nowadays, Miell Quality (established in 2011) has contacts with all the car factories in Hungary as well as 500 other, mostly automotive, companies all over the world. The owners had already worked in the field of quality control as subcontractors, but after a time, as they saw the hard work they had invested in it go to the benefit of others, they decided to stand on their own feet. They began as subcontractors, but owing to the increasing number of reference projects and their resilient team of 50 to 100 people, their development has been dynamic right from the beginning. Their base in Vas County is crucial to the life of the company group. It was here that they could put together a real nucleus for their company: a strong, cohesive community based on the trust between locals.

Although their headquarters are in Vasvár, they also have a regional centre in Győr, and they opened their Slovakian representative office in 2016. Regarding international projects, they have already worked in Slovakia, Belgium, Munich (with BMW), as well as in Mexico, thanks to Daimler, where they manufacture models similar to those in the Kecskemét Mercedes factory. They are also aware of the BMW plant under construction in Debrecen.“That would be a nice addition to our trophy collection”, said Gergely Berta.

When they take on a project, it can evolve in many different ways, no two are exactly alike. Their clients hire them to check their suppliers or their own products. What is always important is that they discover defects and problems independently. Their services are also valuable because many companies do not have the in-house resources and know-how for these tasks. Even the simplest case is only simple in appearance, because a defect in the car industry can cost lives. For example, they might have to check whether there is a hole on a sheet where another part has to be attached. Needless to say, this means that they have to check all the manufactured products one by one in this respect. Repairs and comprehensive functionality tests of finished cars is at the other extreme, and involves a much longer and more complex process. All this means no 9-to-5 work schedules, and moreover, their environment is changing all the time. They often work on a single project for months, and then suddenly have to change everything. Perhaps after checking an injection-molding defect, it might turn out that sunroofs need to be tested, which in this case would have to be done by the same team.

Finding people with the right attitude for each position is a constant and major challenge for the company. In addition to quality inspectors, they also need team leaders, foremen, and project managers, whom they train in-house, just like their regional managers. Despite this multilevel hierarchy, they try to keep the family atmosphere of their organisation. Accordingly, they have a direct communication policy in the company, anybody can contact anybody else, even the owner. 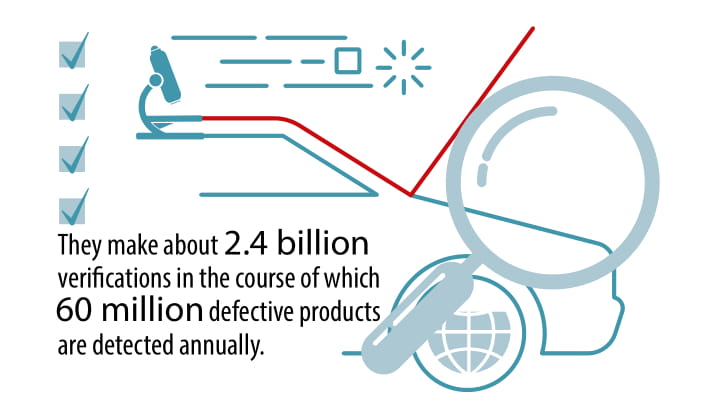 They have ambitious plans: they want to be present in several industries as an integrated company group that provides manufacturing plants with services such as recruitment, temporary staffing, training, and quality control as well as consultancy, measurement, transport, machine production and so on.“Building all that up will be tough going. We’ll have to proceed step by step to make sure that no function develops to the detriment of others”, the sales director explains.

Electromobility is the unavoidable buzzword of the automotive industry. This market trend does not affect every client of Miell Quality, as electric cars still need undercarriages or seats. Nevertheless, they are preparing for the future and training electronics technicians in-house. Another keyword is robotisation, owing to the increasing digitalisation of industrial manufacturing processes. This trend has not reached quality control yet, because it is still cheaper to use a quickly retrainable human workforce for individual projects than to purchase an expensive robot and to put it into service for a single task.

Social responsibility is playing an increasingly important role in the company’s life. They are most active in sports, in which they do not only focus on elite sports, but also donate to disadvantaged athletes as well as local and regional teams. It was an important moment in the history of Miell Quality when the company’s runners raised over HUF 400,000 for a boy suffering from heart disease, the son of one of their colleagues, as part of the Ultrabalaton run. Moreover, the company owner matched the amount, so they were able to make a significant contribution to his surgery, besides further strengthening solidarity on the workplace.