The power of the workforce - Gamax Group - Bet site 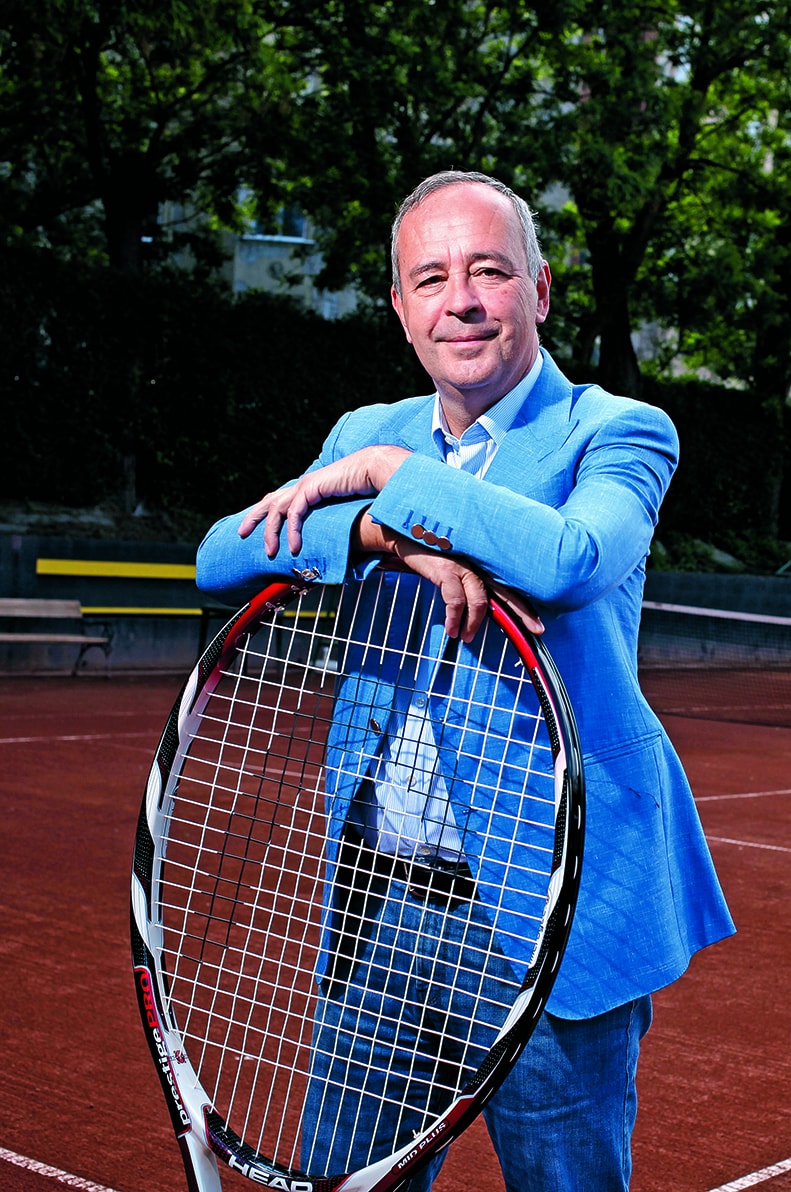 Gamax, originally founded by Géza Homonnay and eleven partners, has been in the temporary staffing and recruitment business for almost three decades. A few years ago, they also acquired the Pannon-Work Group.

The story of the Gamax Group, now a large group of eleven companies, started almost three decades ago as part of the legendary socialist-era company, Műszertechnika. Since then, Gamax has become one of Hungary’s main providers of human resource leasing services, in addition to other activities. Géza Homonnay, the main owner and top leader of the company, hastens to specify that Gamax is not a family business. They started out as 12 small Hungarian owners in the beginning, and this company network with revenues of HUF 32 billion in 2018 is still owned by him and four other friends and partners. He is the biggest owner because he invested more in the beginning, back when the first Hungarian business undertakings were established.

In 1989, Homonnay was working for Műszertechnika (led by Gábor Széles at the time), where the management was instructed to find something that their socialist company could export. One of the ideas was pickled gherkins. But luckily, the future owner of Gamax came up with another idea: “brain export”, as he was given the task to sell the legendary skills of Hungarian software developers abroad.

In the meantime, what had been termed “existing socialism” in Hungary had quietly collapsed, and Műszertechnika was also shaking in its foundations. As a result, twelve engineers and IT professionals left the increasingly unstable company (although it soon got back on track and began to grow again) to establish Gamax. The company’s main profile has not changed much over the three decades that have passed since then. If any adjustments have been made, they have been merely to engage in new activities and to adopt new approaches—more than half of the Group’s revenues still come from temporary staffing. Over the first decade, they focused mainly on a single field: Companies from Germany and other German-speaking countries wanted them to find Hungarian software developers for various projects, and this was what the area in which their team had gained experience at Műszertechnika. However, they began to expand with new business units and fields as early as 1993. The first of these was software localisation, as they primarily localised Microsoft products and prepared the first Hungarian version of Windows. They sold MatLab, a special American software, to the Budapest University of Technology still in the mid-1990s, so the overseas software-development company immediately contracted them as its reseller. (They are still selling this special software in ten CEE countries today, and it is used by all of the central banks in the region.)

But by the turn of the millennium, temporary staffing was still their main activity. In their case, they focused on highly-qualified IT professionals, so what they offered—and still do—is a complete service package that includes project management. This means that Gamax is often an IT outsourcing partner and not merely a temporary staffer and payroll accounting provider.

The German market suffered a major crash when the American dotcom bubble burst in 2001, resulting in the lay-off of 15,000 IT professionals in Germany alone. Meanwhile, only a few hundred Hungarian German-speaking IT professionals had the knowledge and work ethic needed on the international market. “Over the next four years, we didn’t manage to sign a single new contract”, Homonnay reminisces. Among the seven or eight competitors specialised in this field, however, they were perhaps the ones who came out of this the best, as they turned towards Hungary, where they found a multitude of opportunities.

Several successful Hungarian IT companies were spending a lot of energy on getting orders, but once they got them, they did not have the resources to deliver. But Gamax was there to offer them a solution and took care of most of the projects. Thus, the company which had previously got 80% of its revenues from the German market now shifted its focus towards Hungary.

They did not regret the change, because many big German or Germany-headquartered multinationals were coming to Hungary, which was preparing for its EU accession at the time. Their new clients included major companies like Hellmann Worldwide Logistics (less known in Hungary) with EUR 3 billion in revenues, or IBM.

Their big clients changed later, but it was the 2008 financial crisis that brought the Gamax Group their next major, and indeed positive, step forward. The crisis had caused much disruption to the Hungarian lighting plant of General Electric (GE), so GE decided to use the approach of other major regional manufacturers and use temporary workforce to deal with the extra tasks of their Hungarian factories.

Oddly, it was because of a mistake that Gamax was able to contract with them: Gamax had offered a price in its tender that was far too low—instead of offering a hourly rate scheme for temporary physical workers, they calculated with a monthly rate. Moreover, this became clear only at the signing of the contract. Luckily, however, the social security contribution was reduced in 2009, so they were able to perform their undertaking with relatively low losses and still secure a crucial multinational client. At the peak of their cooperation, Gamax was providing 3,400 of GE’s 11,000 employees.

One problem that Homonnay saw however was that the Group was supplying both blue- and white-collar workers, which required different approaches. This is why one of the biggest companies in this field, Pannon-Work (PW, which started as a student’s cooperative in Győr and had then become huge), came into play at just the right time. They bought the company for around HUF 0.5 billion in July 2010, although in the end, PW did not take over the GE contracts. Even the consolidation of these two medium-sized companies started to show its weaknesses after the first 12-18 months, said Homonnay. This charismatic businessman eventually put PW back on track by replacing key leaders, and it has been growing since 2013. One of the problems, for example, was that PW did not have an office in Budapest, despite the fact that Budapest is the biggest market. Today, Pannon-Work gets almost half of its revenues from Budapest clients. The 2008 financial crisis hit their industry in 2012. Most companies suffered a revenue drop by 20%, while they had not cut costs. But a new upswing came, meaning that Gamax alone has managed to pull in annual revenues of about HUF 10 billion—mostly from temporary staffing—in the recent years. The revenue of the entire Group however, including PW and other subsidiaries, was HUF 25 billion in 2017 and HUF 31 billion in 2018.

Of course, a true businessman does not only build its company but also pays attention to work-life balance. Homonnay spends his leisure time with his three adult children as well as with tennis, bridge, and stamp collecting. Besides buying a tennis club in Budapest, he also supports talented players like Tímea Babos, Zsombor Piros and Dalma Gálfi—to mention only the best-known ones. He is the president of the Hungarian Bridge Federation as well as the president of two philatelic organisations, MAFITT and MABÉOSZ, and has a personal stamp collection dating back to the 1867 Austro-Hungarian Compromise.