Less than five months after having its new shares listed on the stock exchange, the AutoWallis shares are already traded in the Premium category of the Budapest Stock Exchange. Since spring, the automotive stock exchange company has been listed in the BUX and BUMIX, and certain FTSE indices as well. With the category change, the AutoWallis strategy announced in May follows its planned course, which could result in a robust growth in the next 10 years via organic growth and acquisitions, with the aim of becoming a major mobility service provider of the Central and Eastern European region. 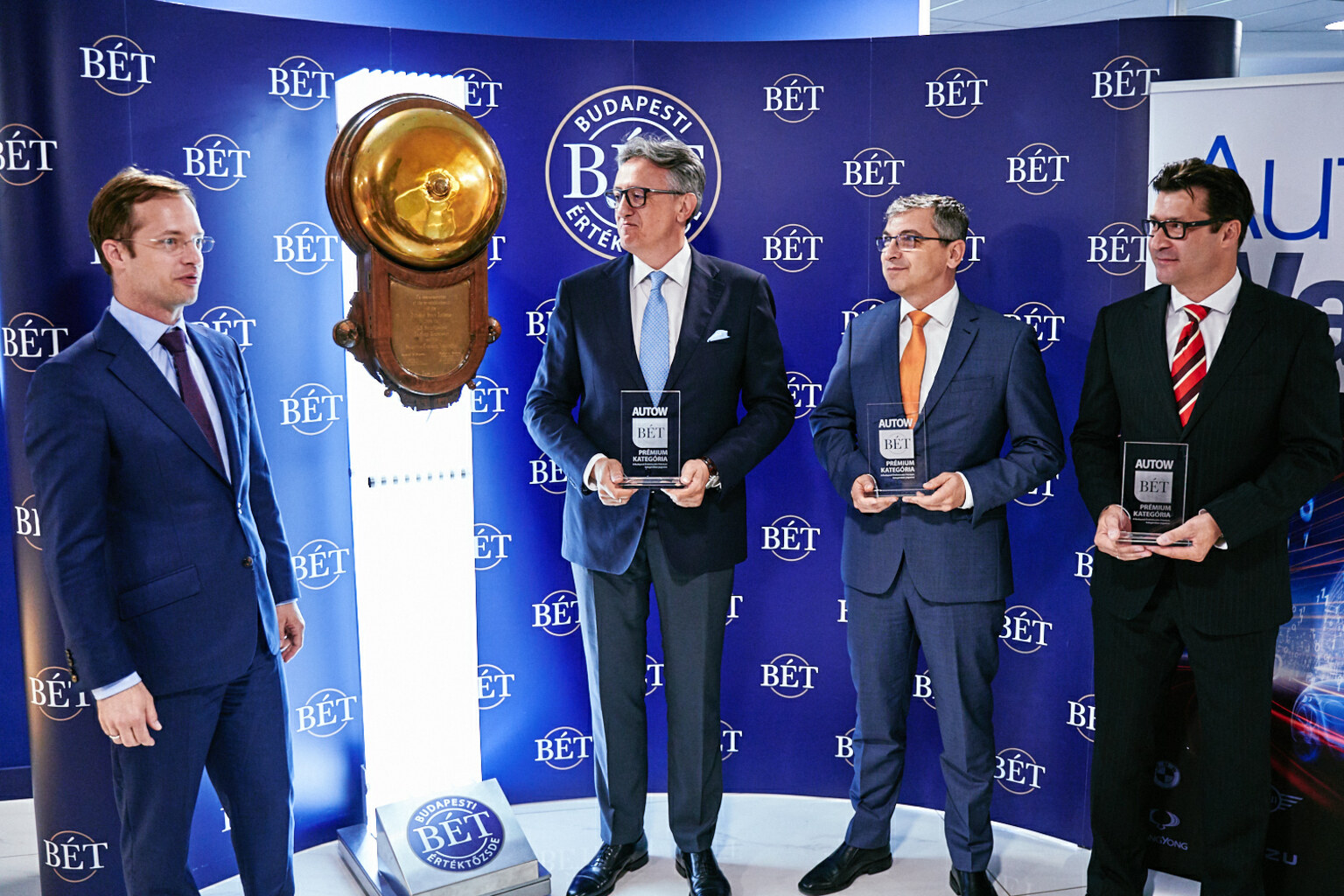 AutoWallis Plc. has met the requirements of the Budapest Stock Exchange (BSE) earlier than planned by the company’s management, so its shares will be traded in Premium category of the stock exchange starting today.

At the opening bell ceremony of the BSE, on the occasion of becoming listed in the Premium category, Zsolt Müllner, the chairman of the company said he considered it to be a major achievement that following the listing of the new shares of AutoWallis in February, now the corporation has become a major company of the stock exchange, not only on the merit of its size, but also on the basis of its category and the indices it is listed in. Namely, their shares were included in the BUX and the BUMIX indices within 2 months, and starting today, they are also listed in the Premium category. This closed the first phase of realizing their capital market plans, as the company had announced its strategy in May, in which it had counted on becoming a major mobility service provider of the Central and Eastern European region by 2029.

The company plans on an organic growth resulting in the quadrupling of the EBITDA (earnings before interest, tax, depreciation and amortization) and the doubling of its revenue, for the period until 2024. The planned acquisitions could further improve the performance, which the company is planning to use also for paying dividends. During the realization of its growth plans, AutoWallis wishes to actively utilize the opportunities of the public capital market, for which its achievements so far are considered to be a basic requirement.

Regarding the upgrading of the AutoWallis shares in the Premium category, Richárd Végh, the CEO of the BSE explained that the category transition of AutoWallis was an important milestone also for the Budapest Stock Exchange. Namely, a growing number of financially solid Hungarian companies choose the BSE as a growth platform, which in turn can contribute to the regional expansion and increasing competitiveness of these companies to a greater extent.

AutoWallis is planning on a robust growth at the BSE: by 2024, it counts on more than doubling its HUF 65.5 billion revenue from last year without the effect of acquisitions, hoping to achieve HUF 142 billion, while calculating with a nearly threefold increase to HUF 187 billion, considering the acquisitions. All this could increase the earnings before interest, tax, depreciation and amortization even more: the EBITDA could be nearly quadrupled to HUF 7.9 billion due to the organic growth, while it could present a 4.5-fold increase to HUF 9.5 billion, with acquisitions. The stable value-generating ability of the corporation is a reliable basis for a predictable distribution of dividends; however, the dividend policy will have to support the company’s growth strategy. It is planning to reinvest part of the earnings resulting from its operations, but also to issue bonds and raise share capital, in which it counts on the participation of institutional investors, or potentially on a public offering.

AutoWallis Plc., a company listed in the Premium category of the Budapest Stock Exchange, as well as in the BUX and BUMIX indices, aims to become a major mobility service provider in the Central and Eastern European region by 2029. By 2024, the company is planning to double its 2018 consolidated revenue of HUF 65.5 billion calculated on the basis of IFRS (International Financial Reporting Standard) standards, which it hopes to achieve primarily via its organic growth. In addition, the company intends to operate as an asset management company that represents a traditional, conservative business policy through the continuous, acquisition-based expansion of its portfolio focusing on automotive investments.

The AutoWallis Group is present in 14 countries of the Central and Eastern European region (Albania, Bosnia and Herzegovina, Bulgaria, Croatia, the Czech Republic, Hungary, Kosovo, Montenegro, North Macedonia, Poland, Romania, Serbia, Slovakia, Slovenia), where it is engaged in the retail and wholesale of vehicles, parts, and accessories, in repair and maintenance services, as well as in short- and long-term vehicle rentals. The group includes Wallis Automotive Europe, Wallis Motor Pest, Wallis Motor Duna and Wallis Autókölcsönző. The vehicles represented by the group include BMW cars and motorbikes, Saab spare vehicle parts, as well as the following brands: MINI, Isuzu, Jaguar, Land Rover, Maserati, Ssangyong, and Sixt rent-a-car. Out of these, BMW holds a dominant position in the premium car market, while Sixt is a leader in the car rental market.