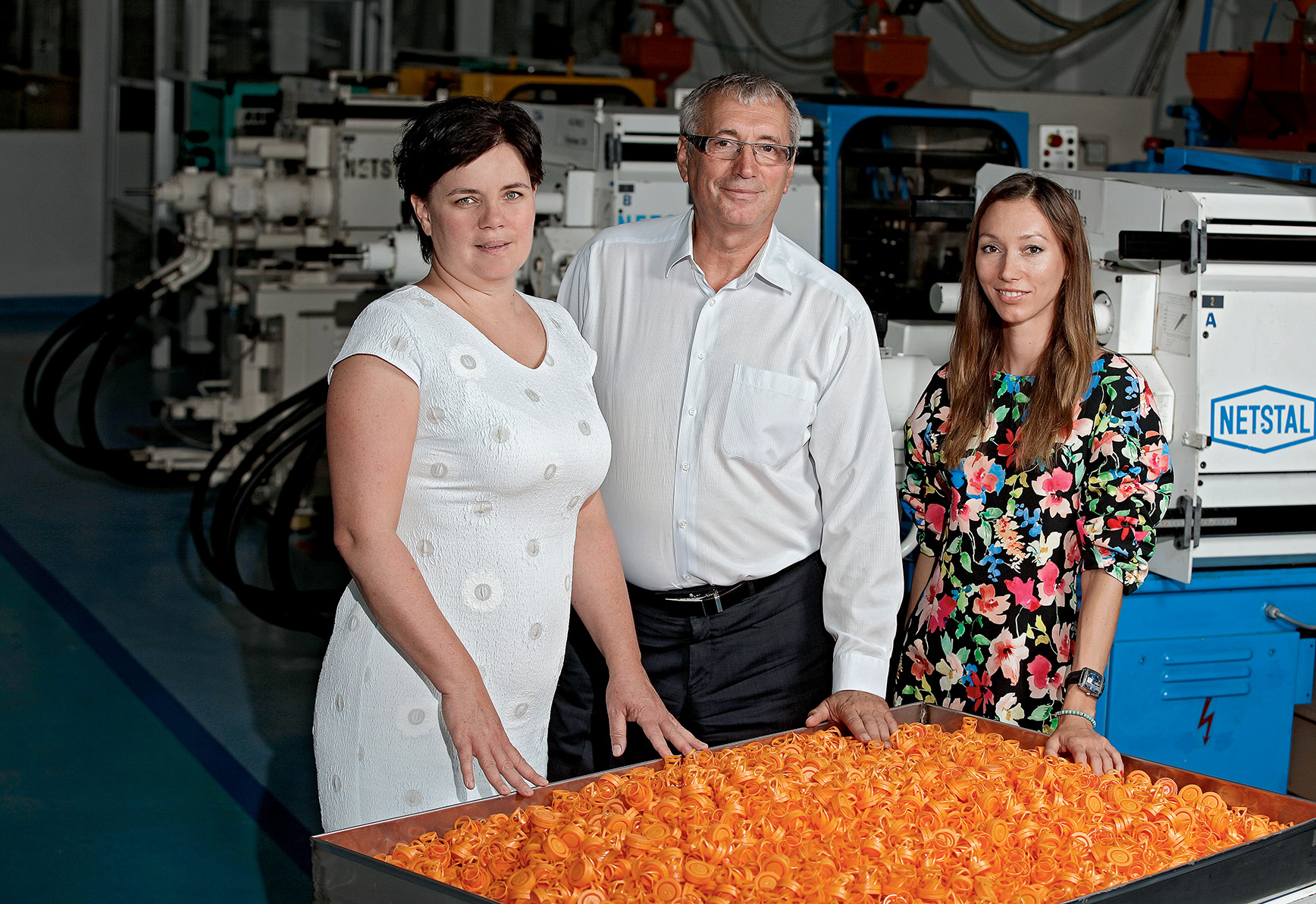 The fully Hungarian-owned Karsai Group, which is expected to produce nearly HUF 10 billion in revenues this year, is racking up innovation after innovation, and has also successfully navigated intergenerational succession. The company’s operations are now supported by Béla Karsai’s niece, Krisztina, and his older daughter, Szilvia.

As a young man, Béla Karsai was interested in tool manufacturing, but under some paternal pressure, he decided to take a degree in architecture. Back then, the president of Karsai Group had turned to raising rabbits as a way of supplementing his income. Using his skills as an architect, he designed a rabbit hutch, which stood at the back of the garden. It soon turned out that the automatic water drinker also needed fixing and once there were more than a certain number of rabbits, it had to be watched closely. To make a long story short, there came a day when Béla Karsai switched from rabbit breeding to plastic processing in an economic work community (“gmk”). His bought a used plastic injection moulding machine made by a Hungarian craftsman, then the next, which was “not the slightest bit more efficient than the first”.

The true leap forward came with the foundation of the company in 1988, when Béla Karsai bought what in his opinion was “at the time the world’s smartest, fastest, and most expensive” plastic injection moulding machine, which was also the first computer controlled machine in Hungary. “The device moulded a plastic flower pot in 2.8 seconds. In comparison, the previous machine manufactured by a Hungarian craftsman took 40 seconds to complete a cycle”, recalls Béla Karsai. Soon, thanks to his modern fleet of machinery, he was able to sign a long-term supply contract for the production of tubes of Plusssz effervescent tablets with Imre Somody, who at the time founded the Pharmavit company.

Six years later, they put up the first building in Székesfehérvár’s first industrial park. Though they bought only two and a half hectares, they wound up with eight, as they also had to construct the roads themselves, and the owner of the lot at that time, Alba Ipari Kft., paid them in land.

The group, which operates as a holding today, has expanded by continuously founding companies and making acquisitions. This is how it came to own the successor of the former Orosház plastics cooperative, now called OVM-Karsai Zrt. For a while, the company that owned the mineral water bottling plant in Moha was also held by Karsai Group. They sold the latter, and also pulled out from a Hungarian-American joint venture.

“People will pay for good quality everywhere”, claims Béla Karsai. He adds however, that being able to charge for it is another issue. He has also lost deals by refusing to lower the price, he says, and this was mostly typical of the period between 2008 and 2011. As he puts it, he takes pride in the fact that all of his companies weathered the crisis and that every single one of them is still operational.

Today, the Karsai Group includes eight member companies and one subsidiary. Their operations, which date back over a quarter of a century, are divided into two divisions. “One is the automotive industry, which includes supplying the manufacturers of the automotive, electronic, and telecommunications sectors. The other is the packaging industry, which includes the production of packaging for the cosmetics, pharmaceutical, and food industries”, explains Szilvia Karsai, the founder’s elder daughter. After getting a degree in mechanical engineering with a specialisation in polymer technology, she now works for the family company in the areas of technical development and trade.

For the Karsai Group (which currently employs 760) labour shortage is never really an issue, but of course, the wages they offer are not exactly average.

How they will be able to raise wages in the future is an issue though. “We do not want to go down the road of economising on wages and risking not having enough skilled labour. We should, and must, ensure productivity by increasing efficiency”, argues Béla Karsai.

So far, they do not plan expansion beyond organic growth, and their revenues for this year already stand at around HUF 9.5 billion. Innovation or continuous development is one of the company’s hallmarks in addition to working in close collaboration with its clients and partners. “Some of these innovations include self-heating working clothes and motorcycle clothing, which have the potential to become a central concept in the company’s vision”, adds the company manager in conclusion.