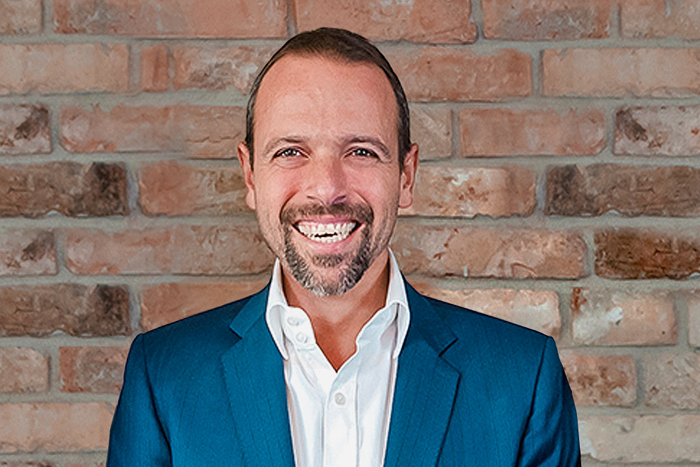 Dorsum Informatikai Fejlesztő és Szolgáltató Zrt., which started 22 years ago in a bachelor flat in Budapest, now has 250 permanent employees (if we count the subcontractors, then the number of employees leaps up to 300). The company and its products are now known from London to Dubai.

“I started the company with five partners in 1996, in a flat on Nagyvárad Square, in Budapest. We all worked for software companies. We had heard from brokers that a new and modern IT tool would be required, and we decided that we would give it a go”, tells us Róbert Kő, one of the founders of Dorsum, about the birth of the company.

The company has since become a leader in securities software development, but the road to success was a long one. In the middle of the 1990s, IT professionals and engineers did not get any education in finances. Software developers at banks and broker companies gathered the knowledge they required for the financial sector at work; hence, they could not create truly appropriate systems. Róbert Kő and his five partners recognised this lacuna, so they created Dorsum and developed Clavis, a system initially used by brokers. The modules of this programme satisfied the capital market’s software demand for securities trading, clearing, portfolio, fund, wealth and deposit management, and factoring.

The contract with the Hungarian Treasury was an important milestone in the life of the company, which was awarded that contract at a tender. Róbert Kő regards international expansion as a significant step forward as well: the Hungarian software is used in Romania and Bulgaria, as well as by many players in the financial sector. The quality services of Dorsum are well illustrated by the fact that the Vienna Stock Exchange also chose them to develop its trading platform. There are some other things Mr. Kő is proud of. For instance, Dorsum was the developer of the Wealth Management Platform; this won them many prestigious international prizes and foreign clients, including Raiffeisen Bank. This product group assists investment consultants, by bringing all the client-related work processes together in a single system.

What lies behind this success? The company soon recognised the importance of learning and teaching and has been focusing on it ever since. The company is continuously learning and innovating: they go to international conferences, write studies to keep up with the current trends, digitalisation, and mobile applications. In addition, they have scholarship programmes with the University of Miskolc, the University of Óbuda, and the Eszterházy Károly University in Eger. Interns have good chances to be later offered permanent positions at Dorsum, such that more than 60% of their colleagues started as interns at the company. This is perhaps the reason for the very low level of staff turnover at the company. “We are lucky because Hungarian IT education gives globally competitive skills and knowledge to its graduates”, emphasises Róbert Kő.

The co-founder and CEO thinks that the success of the company lies in patience. “We did not want to get rich in a couple of months, and many people told us that the combined work of six people would not be successful, and that we would not be able to cooperate in the long run. This is strange in the light of the fact that the management team has barely changed in 22 years”, adds the businessman. There have, of course been serious challenges in the history of the company. The company also felt the impact of the 2008 economic and financial crisis. Still, they did not stop their development projects. Dorsum assisted banks and broker companies with free services due to client transparency, emphasises Róbert Kő.

The co-founder adds that they want to penetrate new markets with the Wealth Management Platform, and that they have already started negotiations with companies from the Nordic countries, the Benelux countries, and the United Arab Emirates. In this market acquisition, they can absolutely rely on their reputation, especially since their chat box application won the Best of Show prize at the London Finovate event, the most prestigious IT conference in 2017.

As for the future, the company manager adds that, in addition to conquering new markets, they also want to increase their revenues. Their current annual turnover is between EUR 14 and 15 million, from which the Wealth Management Platform generates EUR 3 to 4 million, and they want to improve its share. The businessman regards the increase of revenue as important, because they want to pay their workers properly.

The founder of Dorsum wants to keep both profiles of the company – the wealth management software range and the development of the Clavis system – because the latter is used by 80 to 90 partner companies, and they count on the reliability of Dorsum in the future as well.

“In the first round, I do not want to take the Clavis system to new markets, because entering an international market takes a lot of work, especially in marketing. An opportunity to increase the sales of this system lies in the interest of those clients who are already satisfied with the Wealth Management Platform and who would like to know if we deal with deposit management or securities trading structures. Making Clavis a known and credible brand requires a lot of money and work”, says the founder. The company is using its own capital to fund the expansion; they do not need any external funds, and the manager does not see any financial obstacles to expansion.

Increasing revenues is important for multiple reasons: for innovation, on the one hand, and the proper maintenance of existing developments and programmes on the other hand. In addition, they would like to increase the wages of their staff to meet the level of Western European wages, because there is a huge demand for Hungarian developers all over the world.

About the market, he mentioned that the number of companies of a similar profile could be a dozen, but that there are a lot of clients, because every bank and financial provider can use the services of Dorsum. While the number of such potential banks is 1,000 in Great Britain, financial institutions are still making the first steps towards outsourcing their tasks. Banks in Central Europe insists on in-house operation and on having an in-house IT team. “Considering the trends in the West, we can expect change in this regard”, emphasises Róbert Kő.

The best definition of the philosophy of Dorsum is, in the opinion of the professional, that the company does not want to acquire clients, profits, and references, but also a rank in Europe. Becoming a top supplier is the motivation for the founder. They want to achieve that through hard work, by supporting talented university students, and implementing the right innovation projects in the next years.