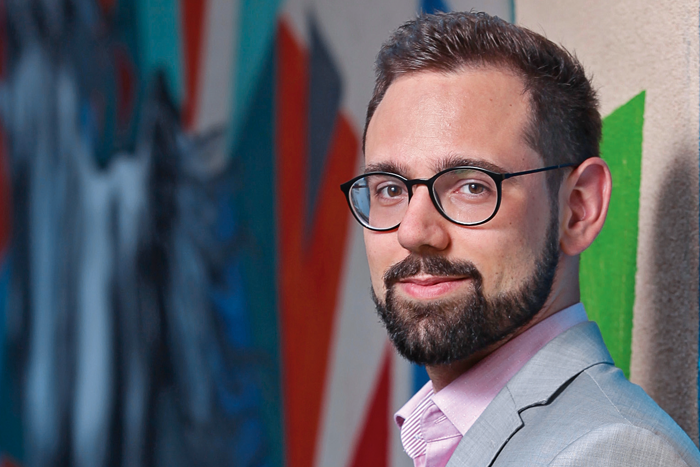 Turbine Kft. has – with the cooperation of an artificial intelligence researcher, a medical researcher, and an economist – created a piece of software that can be used to digitally model inter-cellular processes. This is a major challenge, but if they can achieve success beyond their partial results, validated by the pharmaceutical company Bayer, they may revolutionise pharmaceutical research worldwide.

It is hard to explain what the start-up called Turbine does in a couple of sentences, but it is worth trying, as it is an extremely important matter. The software-based cell model, developed by a few Hungarian scientists, may prove extremely helpful in cancer research, which is of key importance to all humanity. All this is important, as every cancer case is different and unique, making it impossible to create a uniform medication that works for everyone. With the cell model created by Turbine, the mode of action of cancer medicine molecules can be tested many times faster than before. The industry still uses an artificial cell environment bred for this goal, as well as animal tests. After the medicine molecule goes through these steps, clinical studies follow. Using the digital cell model developed by Turbine, pharmaceutical research that costs hundreds of millions of euros may become dramatically faster, more simple, not to mention much cheaper. And much cheaper, as well!

The beginning of the story Two talented young students were working on their PhD theses independently of each other but on very similar topics, and supervised by the renowned network researcher Professor Péter Csermely. Medical researcher Dániel Veres wrote his thesis on the relationships between proteins, while Kristóf Szalay was studying the uses of artificial intelligence in speeding up tumour research. They joined forces in 2015, meeting Szabolcs Nagy, who was interested in science, and looking for a new job after being the Head of Marketing for the successful IT security start-up Tresorit, in the same year.

Szabolcs had no qualifications in anything to do with medicine, biology, or artificial intelligence; he just knew he wanted to help the poor or the sick. A shared acquaintance introduced him to Kristóf and Dániel in Pulzus, a pub next to Semmelweis University and that is frequented by doctors. After this successful conversation, the three of them immersed themselves in the world of Big Pharma in order to get to know their motivating factors and needs. With the cooperation of Szabolcs, the brilliant ideas of the two researchers developed into products that were understandable and marketable from a business point of view. He also helped find market opportunities, such as the start-up programme of the pharmaceutical company Bayer in summer 2016, in which they were selected from the more than 400 applicant companies. During the four-month project in Berlin, they realised something great: they convinced the conservative but, of course, professional Bavarian IT expert pharmaceutical researchers that their revolutionary idea, the above-mentioned digital cell model could work in pharmaceutical development.

The experts of Bayer were sceptical for a reason: so far, no one has succeeded at the task that the team, which at point had seven members, had attempted – namely, modelling the cellular-level protein processes. Experts know of approximately 70 000 proteins, and currently, there is neither man nor computer that can see through this very complex system. However, the two researchers succeeded in overcoming the first obstacles: they managed to translate the known types of interactions between proteins into the language of machines. Information is extracted from the network of these interactions using artificial intelligence, making it possible to digitally model a cell, or even the concurrent activity of ten or a hundred cells.

This job is comparable with mapping the entire human genome, therefore the small team had to narrow down the scope of the model in order to start working in earnest. It was for this reason that they chose cancer cells, their aggressive division, and programmed cell death. Only about 5,000 or 6,000 thousand proteins participate in these processes instead of 70,000. What is more, these are critical processes for the pharmaceutical industry, immediately making the research relevant from a business perspective. This is because if they manage to model the steps of aggressive cell division and programmed cell death, testing and studying newly developed cancer medicine molecules can be made dramatically faster. Research of a molecule that turns out to be a dead end costs hundreds of millions of dollars – and only one in ten of molecules that make it to the clinical study phase end up becoming medicine. If Turbine’s solution can demonstrably improve this ratio by only a few percentage points, that is already a global business opportunity worth billions of dollars.

They are doing well in this respect as, after a long wait, Bayer’s engineers confirmed the correctness of the results of tests ran on Turbine’s cell model in the summer of 2018. What is more, they had to admit that the Hungarian team’s solution was nearly three times as effective as their method!

The Hungarian researchers not only had the chance to try the software they had created in a real-world setting, in the system of a real multinational pharmaceutical company, but have also been receiving continuous, well-paying orders from the mega-company since 2017, which is also evident in their increasing revenue. But they have not been resting on their laurels: they have signed with another major pharmaceutical customer, and have managed to raise capital to the magnitude of EUR 500,000 euros over the last 12–18 months or so. More importantly, these funds are not from just any investor, but from the world-famous Esther Dyson and the Atlantic Labs investment company of Here Maps’ founder. (For start-ups, it makes a big difference who their investors are.) They also utilised the orders from Bayer and the seed investment to methodically increase the size of their team. Their aim is to build a company of 50 by the end of 2018, and last year, their revenue had already reached approximately HUF 107 million.

Currently, they are working on the next round of capital raising; in the Series A round, they are looking for a sum in the order of magnitude of millions of euros. Their primary markets are the major European and American pharmaceutical companies. Accordingly, they are looking to open a sales office in the London or Boston areas, but would keep their primary activities (R&D) in Hungary. The main goal of development is to create a working cell model that serves the needs of cancer research better than the current ones. Currently, they can model 1,600 proteins, including their interactions, but soon, probably by the end of 2019, they will reach 4,000. Using those, they will be able to easily construct a production-ready piece of software that they will be able to sell not only to their two current major partners, but to others as well. As Szabolcs Nagy told us, they are in talks with virtually every major pharmaceutical manufacturer about utilising their invention, and their work and references so far are an excellent basis for this.