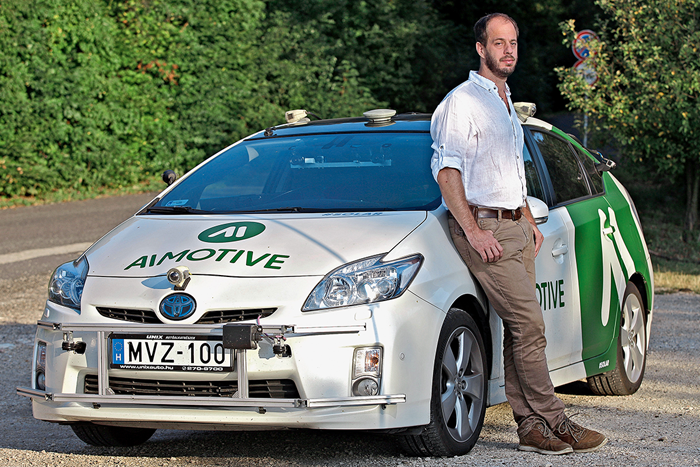 Start-ups are sometimes viewed with suspicion by more mature companies, and this is often no coincidence. Sometimes university students try their luck with no experience and a lot of hope. This occurs especially often in the technology sector. AImotive is a young company that defies all negative stereotypes regarding start-ups. While it might not be obvious at first, AImotive, which has been working in self-driving technology since 2011, has almost two decades of software development experience as well as some renowned investors with a risk capital that, in an economy the size of Hungary’s, can only be described as huge. And although there are some very young people on the team, founders and managers are mainly persevering, experienced businesspeople, and internationally renowned researchers.

One indicator of the seriousness of the innovative SME is that last year, their turnover was over HUF 1 billion, which they expect will increase this year. They currently have 200 employees, plan to have 230 by the end of the year. They have been operating an office and a small test fleet of self-driving cars in Silicon Valley for two years now, and in Hungary, they have dozens of self-driving robot vehicles on the streets, performing tests – under a driver’s supervision, of course. They are also present in Japan and Finland, and will soon open an AImotive office in Shanghai. They have test permits for public roads in Finland, California, Nevada, and Hungary. However, the cars do not only drive around on roads, but also in the company’s proprietary simulator. They are working together with the major automotive manufacturers, including a cooperative development with the PSA group.

But let us take a step back in time for a moment, and put together the pieces of the mosaic that, together, add up into the road to success. The foundation of AImotive that has since become a small-medium software development company was laid by economist László Kishonti almost two decades ago, says Chief Scientist Gergely Debreczeni. In the late 1990s, László Kishonti was not only working in finance and economic journalism, but also in programming. Even PDA devices, the predecessors to smartphones, were a rarity back when the enterprising young person did not manage to find a good enough test programme for graphics processors. So he designed a benchmark programme to measure their performance. The project, known as GFXBench, became one of the most renowned graphic performance measurement softwares for mobile solutions and embedded processors.

Recognising the consolidation of the market, the founder sought a new direction for the company. He started researching self-driving cars in 2011 with great enthusiasm, at a time when most people had not even heard of it. The basis of the technology is the recognition that hardware technology is ready to run self-driving systems supported by artificial intelligence.

The next years were spent with intensive preliminary research: the team wanted to prove that a self-driving system could be created with cameras and embedded hardware solutions. To this day, this is AImotive’s competitive advantage against the tech giants. Their competitors have filled the predecessors of their robot vehicles, still in operation today, with LiDARs. LiDARs are laser-based radars; four or five of them can be needed on a single car, and they each cost HUF 20 million. This alone makes it impossible for Google’s current self-driving cars to be an affordable alternative for the masses, regardless of how much the price of the devices will decrease in the future.

The first investor decision had been made by mid-2015. What is more, renowned international investors were lining up from the very beginning. Investors were curious about the company, as it became more and more apparent that self-driving technology would be one of the “big deals” of the future. Accordingly, the USD 2.7 million (HUF 700 million) Series A capital necessary for development was put together in Spring 2015 by renowned investors such as Robert Bosch Venture Capital, Nvidia, Tamares, Inventure from Finland, Day One from Hungary, and Draper Associates. One of the parent companies of this latter capital fund was one of the early investors of Skype, and its founder, Tim Draper, is one of the best-known Californian investors. 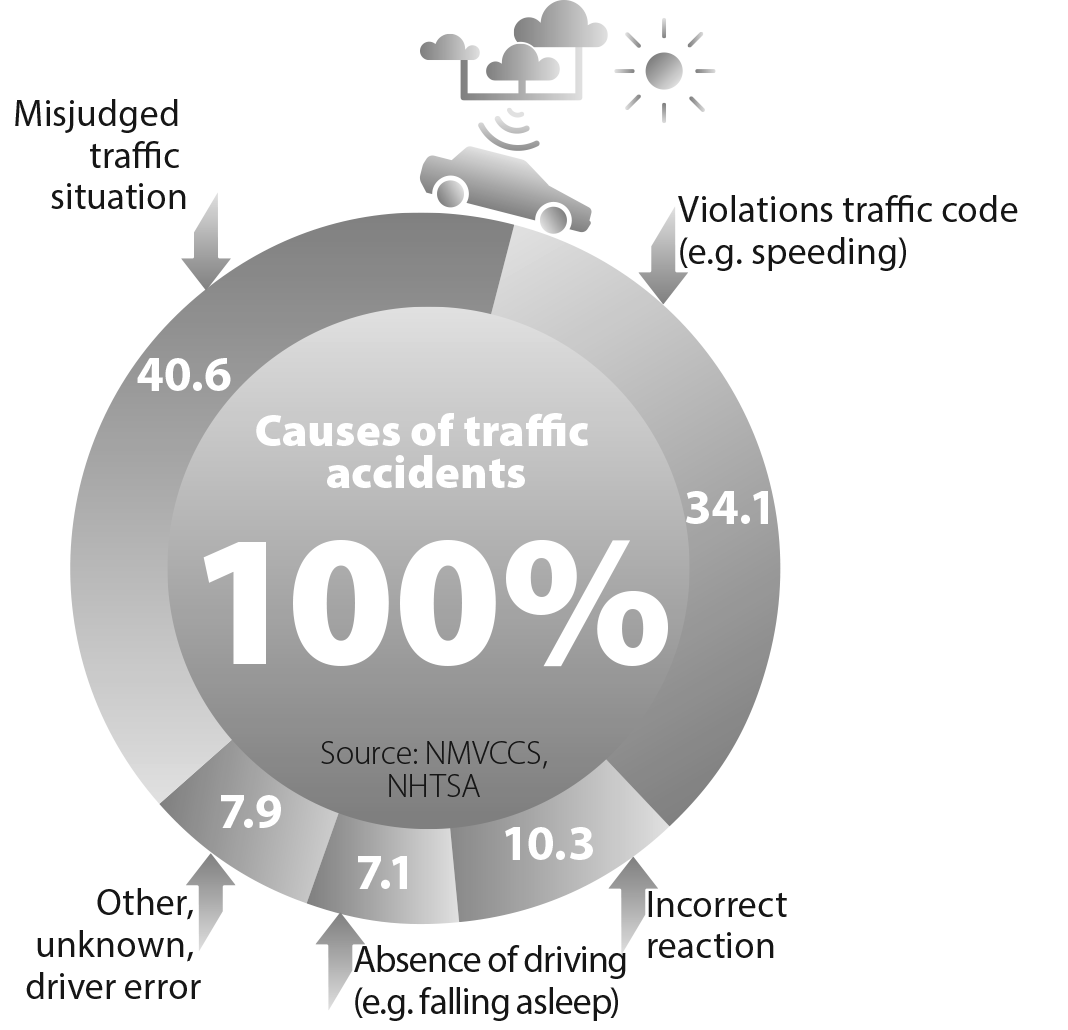 Gergely Debreczeni joined the team around this time. The humble technology chief barely speaks of his results as a particle physicist, even though he could certainly be proud of them: he worked for years as a member of a Nobel prize winning research team, and even did research at CERN. What does particle physics have to do with artificial intelligence and self-driving? Besides using developers that analyse images, i.e. roads and traffic situations, particle physicists also use graphics cards to perform their special calculations. This is how Gergely came to work at AImotive, where he cooperates with László Kishonti on self-driving car development.

In the first round, the goal was to prove that creating a complete system capable of self-driving on public roads made up of widely available, affordable devices for a fraction of the price is a serious option. After the first successful steps, the next investment (Series B) came a year later, in March 2016. USD 6.9 million were provided by the above-mentioned investors. As the self-driving software worked better and better, the system became not only attractive, but marketable to automotive manufacturers. The Series C round of investors came together by late 2017, with a total amount of USD 37.9 million (HUF 10,8 billion). Additional investors include Prime Ventures, B Capital Group, Cisco Investments, and the Samsung Catalyst Fund.

The company currently works on harmonising their technology with the strict standards and safety rules of the automotive industry. As international expansion is also important to them, the company will soon start testing in Asia. Along with software solutions, the company is also developing its hardware architecture that performs the computation-heavy tasks of running artificial intelligences more efficiently than through the graphics cards used today. Hardware architecture is like the foundation of a house: chip manufacturers can licence it and build it into their products. Naturally, AImotive will also use the technology in its own cars, thereby drastically decreasing their electricity consumption. According to Gergely Debreczeni, these investments clearly prove that their work is promising not only in the technological, but also in the business sense. Currently, they are in talks with numerous major car manufacturers about collaborations similar to the one they have with the PSA group. These are aimed at creating semi-autonomous driving systems, e.g. systems that provide automated driving on highways. Completely autonomous self-driving will be technologically possible by 2021-2022, but the various robot driver systems will likely filter into driving gradually over a period of a few decades. This means a huge business potential even for hardware and software elements that aid, but do not replace, the driver. At the same time, the team intends to create an “L5” system, capable of completely autonomous driving.