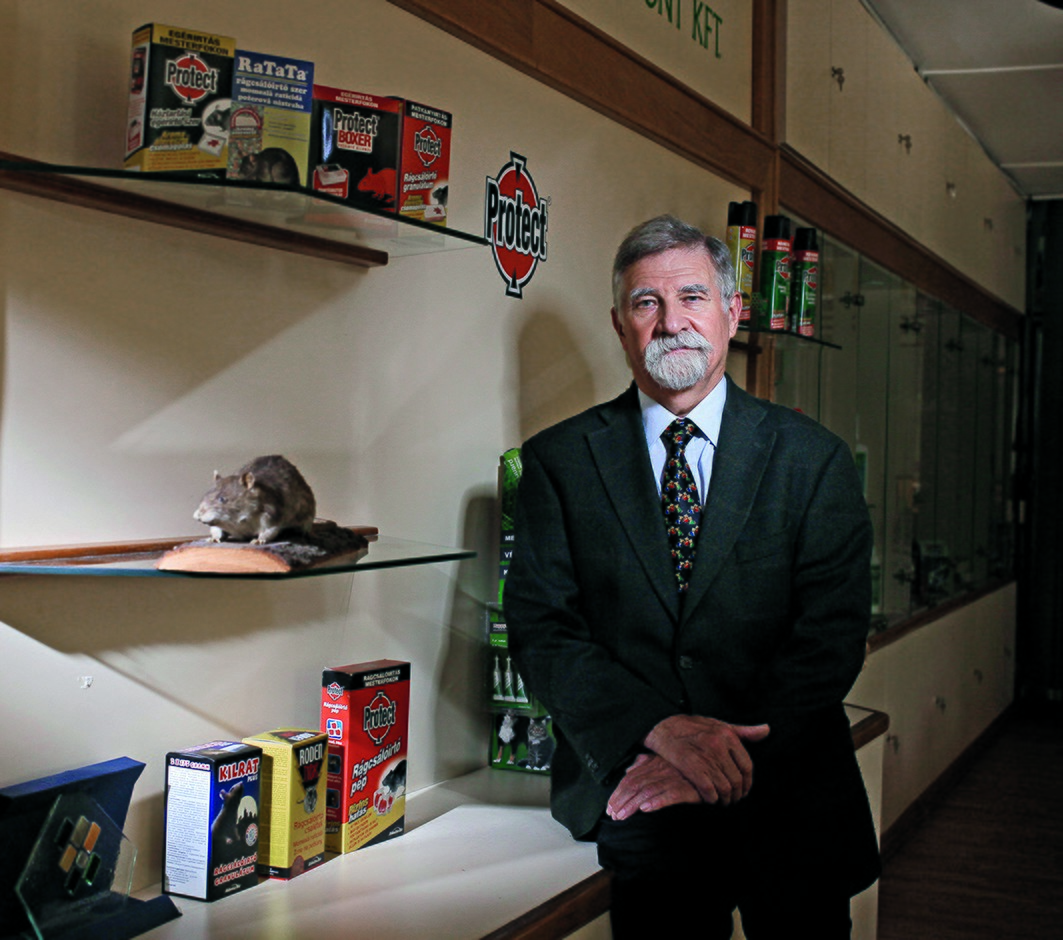 The Bábolna State Farm set up the Pest Control Station as a separate division for exterminating rats on livestock farms in 1965. As its scope of activities expanded, the pest control company changed its name to Bábolna Environmental Biology Centre (Bábolna Környezetbiológiai Központ), and has now held the name Bábolna Bio Kft. for over ten years.

“The company’s successful operation, unparalleled throughout, to exterminate rats in Budapest in 1971-72 and the maintenance of the results in the following decades determined the fate of the company”, the managing director of Bábolna Bio Kft. relates. Dr Dániel Bajomi joined the legal predecessor of the firm from the Budapest Station of Public Health and Epidemiology 46 years ago, in 1973. He can remember that the pest control technology introduced in Bábolna belonged to the German company Bayer, which exported the final product until 1970. From that time, they imported a concentrate and diluted it in Bábolna. This was the start of their pesticide manufacturing. In 1990, the firm ended the sales cooperation with Bábolna Rt. and took sales into its own hands.

In response to demand, they soon started to offer household products based on various active agents. They cooperated with Phylaxia, a chemical company, for a few years, then continued on their own. “We set up our own sales team and worked with Skála-Coop, a countrywide supermarket chain. This was a successful cooperation”, says Dr Bajomi. The company thus started developing its own products and using their own brand—instead of foreign licences and brands under royalty agreements—from the early 1990s onwards.

During Hungary’s privatisation period, the management and the employees gradually bought out the state. They gave up the MRP software (launched among the first ones in the country in 1991) owing to the loss of state property. They took state-supported credit in a subsequent reorganisation project and got one third of the business quotas. Today’s company was established in 1992. In 1993, a French pest control firm bought another 33% business quota from the state; in a subsequent capital increase in 2000, they also bought another 33%. The cooperation and joint development with the French company was highly productive. A Danish company engaged only in services later acquired this French company; and as Bábolna Bio was also a manufacturer, it did not fit their profile, and they wanted to sell their share. The minority Hungarian owners did not want another foreign owner besides themselves, so they bought the others out with an EUR 3 million bank loan in 2003. The full Hungarian acquisition of the business ultimately cost about EUR 4.5 million, including interest. 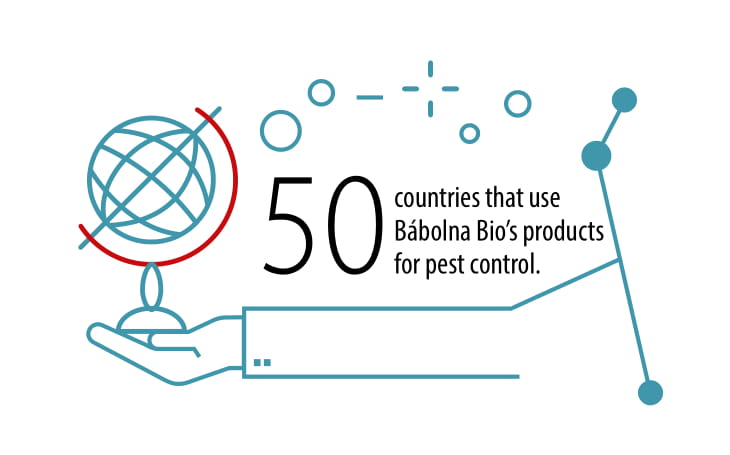 Independence did not only mean obligations but of course also offered new innovation opportunities. “We were, and are, free to set the direction for the company’s development”, the managing director says. Besides active-agent synthesis, usually produced by major chemical businesses rather than by pest control providers and pesticide manufacturers, this company produces more than two hundred types of products and has laboratories in Bábolna and Budapest as well. They produce rodenticides as well as insecticides. The management’s philosophy is to invest its profits in development and registration in order to market products, not only in Hungary and the European Union, but also in other parts of the world and to keep them on the market on the long term. On the international market, they first provided pest control only, as early as in the 1970s, in Czechoslovakia for instance. In the early 1980s, they entered the Algerian market and started exporting rodenticides to Germany and Sweden. Today, they export to 50 countries.

As the share of services in their range increased moderately over the years, they established a separate company for that purpose—Bábolna Bio Kártevőirtó Szolgáltató Kft.—six years ago. In Slovakia, they established their own pesticide and pest control business twenty years ago, which has since become the market leader there. The consolidated sales revenue of this mini group was HUF 5.5 bn in 2018, up from the preceding year’s HUF 4.3 bn. They did not win the last call for tenders of Budapest, meaning the loss of a deal worth HUF 220 million a year. “The degree of significance of this 47-year core activity is relative for our business. It is significant in terms of our profession and prestige; but in terms of our turnover however, it is not”, Dr Bajomi explained.

As a major player on the Hungarian market, Bábolna Bio is connected with more than 60% of rodenticides. The company’s R&D department has accumulated a lot of specialised knowledge. They have several proprietary active agents approved in the European Union and have sales licences for their products in almost 20 EU Member States. Another 60 of their licence applications have been already approved, and another 80 applications are pending. A few years ago, they developed several new and patented special rodenticide formulas which they will start to sell soon. Their special product packaging ensures safe use for non-professional users as well.

As the future is all about environmentally-friendly products, the firm’s second major activity is manufacturing and selling substances that inhibit insect growth. S-methoprene is an approved European active agent of the company. They have spent millions of euros on its development and on making it effective against larvae both indoors and outdoors. This chemical is also an effective active substance for plant protection. Australia has already started to use it this way, and the product will expected to appear in Europe and the United States as well.