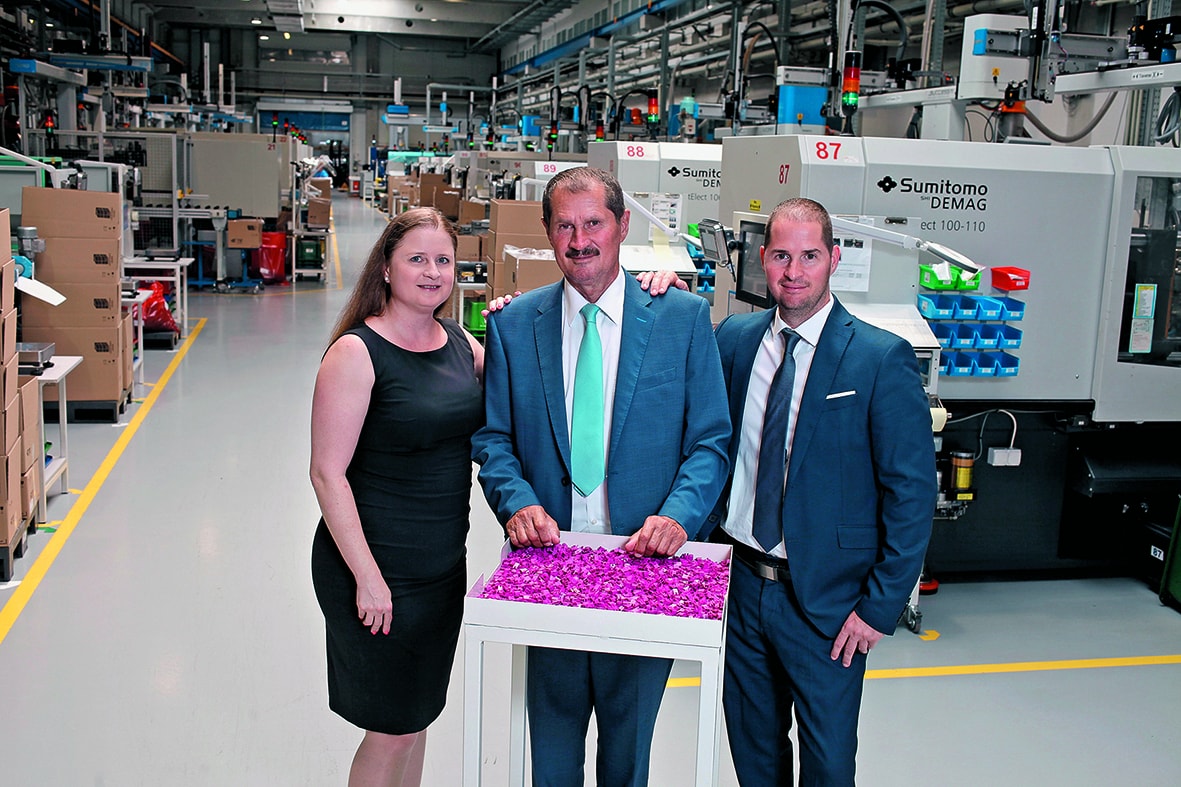 It is the incredibly compelling faith, confidence, diligence, persistence, and, of course, luck of its founder and owner István Simon that has been propelling Simon Műanyagfeldolgozó, a family-owned medium-sized enterprise, for almost 35 years.

The founder, originally a body ironer, first worked for the Hungarian bus manufacturer Ikarus, the Köszörűgépgyár (a socialist-era Hungarian grinder manufacturer), and Köfém (a light-metal processing plant). He says, “I stayed with each employer as long as I still had something to learn, then I moved on. Some people stay for 30 or 40 years with the same employer, but that’s not me!” In the beginning, he moonlighted only to earn some extra cash, but a municipal expropriation eventually led him to build a small workshop in the place of the garage that had once stood in his parents’ yard. István Simon became a self-employed craftsman in 1985 and started the enterprise which has since then become a medium-sized injection moulding enterprise with HUF 7 billion in revenues, an EBITDA between HUF 600 and HUF 900 million annually, as well as nearly 400 employees. In the beginning, he and his partner as well as an employee did residential metalworking projects like fences, sewer and heating systems. But they already had one thing in mind: the customer is most important. “Even if I didn’t end up making any profit on it, I only delivered work that the customer was satisfied with”, recalls the founder.

At the time of the regime change in 1989-1990, they were already making big batches of hinges, lock parts and similar items for Garzon Bútor, a furniture manufacturer. Although it set them on the growth path, they had to work fast to supply Garzon. At the time, self-employed craftsmen were not allowed to deliver to the factory directly; thus, their customer was not Garzon directly, but Mihány Birinyi, who dealt with plastics. This is how they got into injection moulding. In the beginning, they worked in the workshop set up in their backyard, using second-hand, somewhat battle-scarred small-scale machines. Growing further, however, would have required new equipment and additional workforce. They dreamt of a new injection moulding machine, because they were constantly repairing their old and malfunctioning equipment. It was then that they got their big break in the form of an order from General Electric (GE).“GE liked our work attitude and professionalism very much; but when they saw our machines, they said that they could not give us any work and we should buy new ones. And we did! We bought a new, computer-controlled machine”, says István Simon, as he recalls their second big step forward.

GE kept its promise and gave them work. “From this time onwards, customers contacted us after another. We never had to advertise and we never ran out of work”, tells István Simon proudly. They reinvested all their income and bought only new cutting-edge high-tech machines—because they knew they would bring work in the next five to ten years. 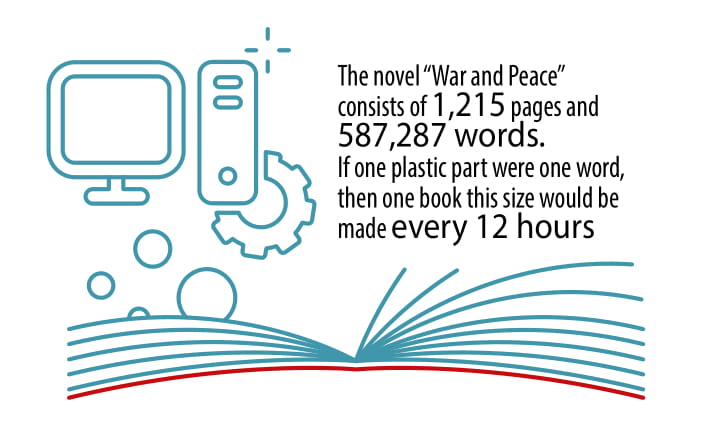 Consequently, they ran out of space and started to buy adjacent parcels after another. They had so many orders that they always had to take away from their storage place for production.

And all that happened without ever having to chase after customers, relates Péter, the son of the founder and current company manager. Péter did not become a manager immediately when he joined the family business, he had to make his way up the ladder.

They were already busy supplying GE when the first modern, 1,500 m2 hall was completed. This happened, moreover, at a time, when most injection moulding businesses worked in garages, basements or at former factory facilities. “Instead of oil-stained concrete floors and dirty windows, we could show brand new, modern, plastic-floor halls to our customers and had some modern injection moulding machines which most of our competitors could not afford at the time.”

The continually reinvested capital, all the diligence and courage turned out to be fruitful and they secured one big client after another.“We can be truly grateful to our first multinational customers like GE. Nowadays, they account for only a fraction of our revenues, but their orders helped us learn in time what a multinational company expects from its suppliers”, tells Péter Simon, the current company manager.

The 2008 financial crisis hit them as well, and they were forced to lay off employees. During the summer of 2009, however, many big companies started to outsource their manufacturing to cheaper countries like Hungary; meaning that the initial shock did not drag on for years, but ended as a huge success. Their headcount started to increase again and they built another huge (6,000 m2) modern factory hall around 2012. Their headcount was nearing 500 and their number of injection moulding machines, each worth tens of millions of forints, increased above 70. This means that the electronic couplings and other injection moulded parts manufactured by the company are nowadays used for most car models all over the world.

After 2009, István Simon started to focus on intergenerational succession. His daughter Zulejka took over finance and HR, while Péter took over the operations management of Simon Műanyagfeldolgozó in 2014. Thanks to him, they started digitalising their own factories much earlier than usual. For example, they requested a logistics audit from the Audi plant in Győr before they would have reached the prestigious Tier 1 level. They performed so well that Audi ended up giving them the highest score ever for Hungarian suppliers in their category.

They are very proud of their uncompromising attitude when it comes to quality. Moreover, Péter’s experience came in handy for further production optimisation. This is a great advantage amid the current labour shortage, because they can produce more value than a few years ago—all with about 20% to 25% less staff than before.

The story of Simon Műanyagfeldolgozó is, of course, about more than profit making. They have been organising free factory visits for young people—children, specifically—, and support schools in their local region in other ways, too.