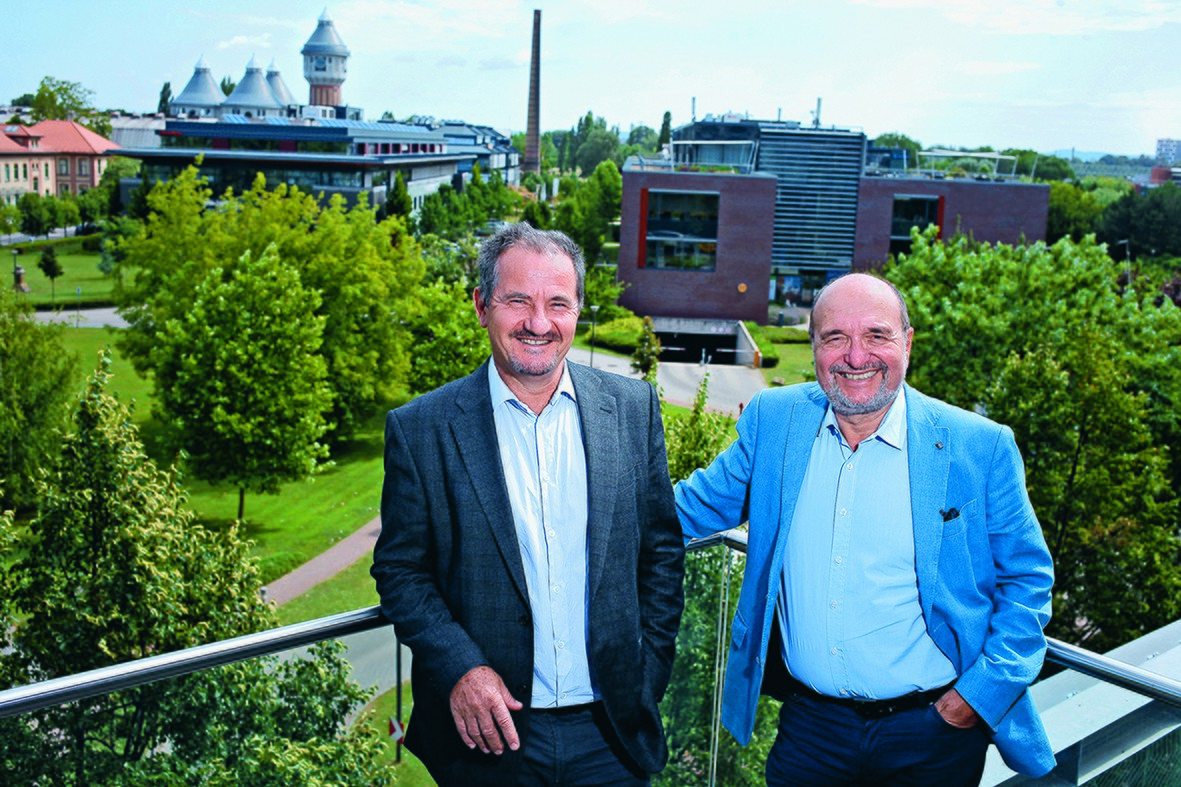 The Graphisoft Park in the northern part of the Buda side of Budapest is a veritable magnet for dynamic companies. This office park now offers an attractive and inspiring work environment for more than 5,000 highly qualified employees.

As a software developer, Gábor Bojár was well ahead of his time. In the late 1970s, before establishing his company, he and his colleagues created the world’s first programme that could display geological structures in 3D on a desktop calculator. It was as early as in 1982 when he started his own IT company, Graphisoft. Its first project was displaying the complex pipework of the Paks nuclear plant, still in the designing phase at the time, in 3D. After their initial success in Hungary, they promptly stepped on the global market, and presented ArchiCAD, their 3D architectural design software, at the Hannover World Expo in 1984.

Its going public in 1998 was an important milestone in the company’s history.“A lot of people are afraid of the mandatory transparency that going public entails, because they don’t want to give competitors access to important information. The thing is that competitors cannot use public data that much. Transparency, however, is a fantastic way to build trust. We have several business partners who are willing to do business with us because we are listed. Moreover, our share prices also support the management because they provide objective information on the company”, says Gábor Bojár.

Their biggest difficulty when they went public was attracting top talent. This was easy in the 1980s, when highly-qualified professionals could not go abroad very easily, so the internationally successful Graphisoft was an exceptionally attractive workplace. Things got tougher after 1990 when the world opened up, and they had to compete with the attractive and exclusive work environment offered in California’s Silicon Valley in getting and retaining talent. First, they wanted to build a five-storey office building in Zugló, a suburban area of Budapest, but a banker talked Bojár out of the project. “It was a residential area, though that was not the only problem. He told me: ‘the fence around the lot is also a sign of the limits of your growth ambitions. It implies that you don’t want to become truly big’”. Giving in to this argument, they looked for a spacious place with unfettered opportunities for expansion. Eventually, they chose the area of the former gasworks in the 3rd District of Budapest, where they developed high-quality offices not only for themselves but also for other IT companies. This decision and the chosen lot turned out to be so appropriate that their property development business unit grew faster than the software development department. Tenants poured in one after another. In only a few years, they had built 33,000 m2 office space in the park, 5,000 m2 of which they use themselves, and the rest is rented out at good prices. Ultimately, they detached the property development business unit from the software company in 2006, and it continued as a separate listed company under the name Graphisoft Park SE. This made it easier to win the trust of “giants” like Microsoft or SAP.

What makes the Graphisoft Park truly attractive, besides its good location, is the high-quality and people-oriented design of the buildings—and the multilevel underground garages under them. The latter means—in terms of figures—that there is room for 300 cars on the surface parking, but for 2,000 underground. This was a costly concept, given that the lot lies on the bank of the Danube, but it was necessary in order to make the park attractive and viable park.

Tenants’ needs change all the time, and Graphisoft Park always adjusts to their expectations, an approach which forges a true community out of the employees who work there. Factors that contribute to this effect are quality community spaces, family and sports days, as well as sporting events and races for the tenants’ employees. Another service offered is a commuter boat to connect to the city centre. Tenants can also be sure that local competitors will not woo away their employees—the park has a unwritten rule that everyone respects: tenants do not recruit from among the staff of other tenants. 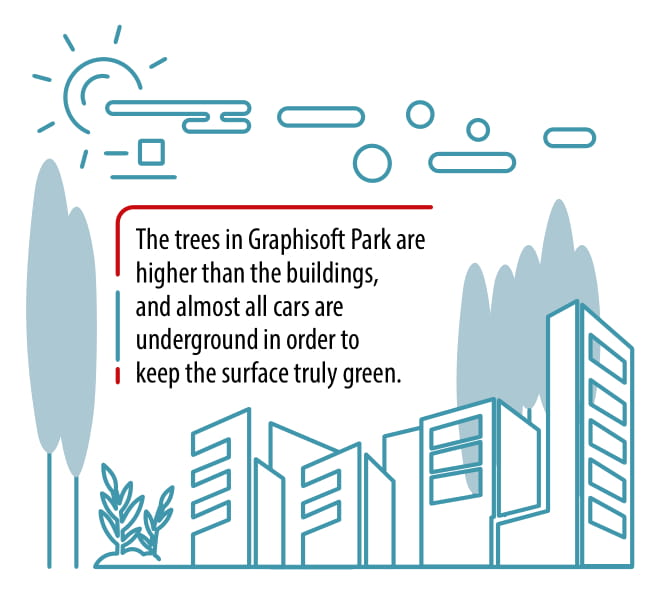 Graphisoft Park resembles Silicon Valley in many ways. Gábor Bojár notes that although it was Stanford University that attracted companies to the San Francisco Bay Area, it was the other way around with them. Technology companies came first, while institutions of higher education appeared later. He uses this to point out how the world has changed. Previously, the academic and scientific community showed the way to companies; nowadays, higher education serves them. Technology companies do not require anybody to show them the way: they can see the future clearly, as this is the key to their existence.

Gábor Bojár established the Aquincum Institute of Technology as his private enterprise in 2009. It offers six-month courses to students from U.S. universities and regularly receives students from MIT, Harvard, Princeton, and Yale. Many American students fall in love with Hungary, Budapest, and, last but not least, Graphisoft Park. They return after graduation and find work here—proving that reverse brain-drain is also possible. The academic training programmes take place in the historic buildings of the former gasworks, stunningly renovated “We wanted to harken back to the early 20th century, a time of especially high standards in Hungarian education. It is also a bit symbolic that the industrial workers of the former gasworks are now replaced by IT professionals, showing how an industrial economy has transformed into an IT economy and society”, says Bojár.

Graphisoft Park supports education throughout the entire country. In 2001, they created the Professor Rátz Lifetime Achievement Award for outstanding teachers of mathematics, chemistry, biology or physics. The rent revenue of the company has been increasing sharply for quite some years. Their aim is not to compete with budget office parks, as they seek to be the most attractive, not the cheapest. This has proved to be a winning strategy, as the average lease for their tenants is of 13.

Last year, they were also given the “regulated property investment company” status. They welcomed this opportunity which offers a tax concession if they guarantee dividends for their minor shareholders, because they have always paid out an overwhelming majority of their profits to their shareholders as dividends. All the signs indicate that their rent revenues will increase in the next year as well. They are continually increasing their space for rent. The current surface area of 83,000 m2 could grow by another 60,000 m2.