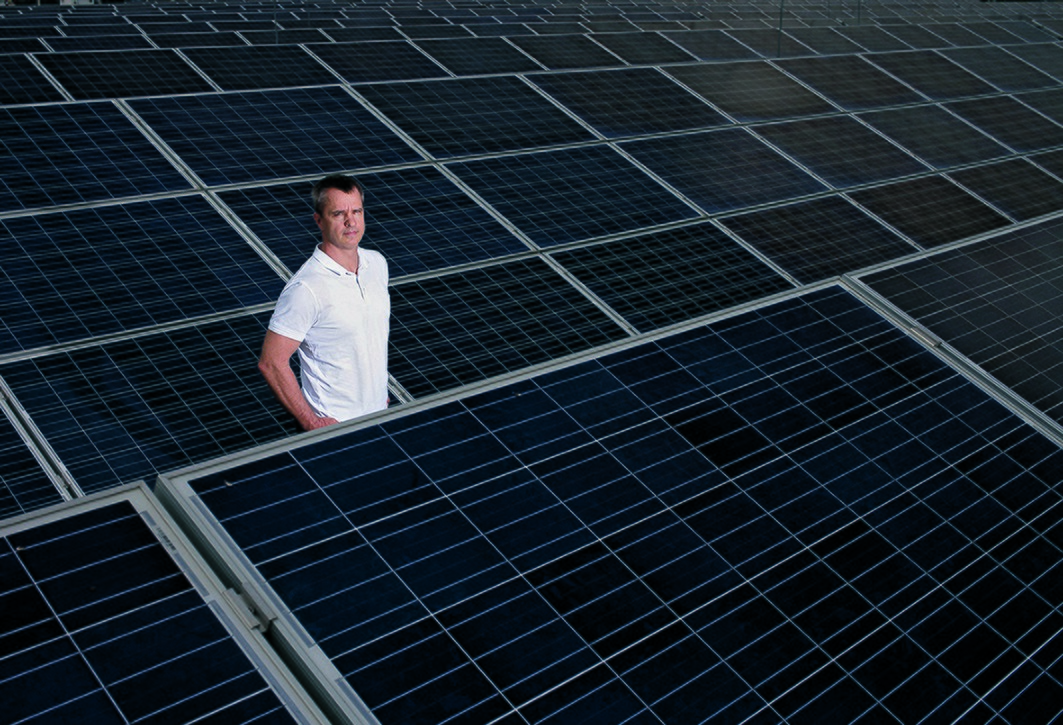 Balázs Horváth and his enterprise, CoreComm SI, supported the installation and maintenance of the telecommunications, IT, and low-voltage networks of the US Army in Bosnia.

The story of Balázs Horváth’s business is certainly out of the ordinary. This 46-year-old athletic entrepreneur from Veszprém worked as an employee until the mid-1990s. Now he is the manager and owner of a company generating (unconsolidated) revenues of HUF 4 bn. He modestly describes himself as a mere electrical engineer who just happened to end up in the business world.

This adventurous journey began in a rather prosaic way at a telecommunications multinational, Avaya, although not in an urban office setting. Instead, Balázs worked on setting up telecommunications and IT systems in the Bosnian city of Tuzla during the post-1995 consolidation era after the post-Yugoslav wars. After the Bosnian War, he worked in the SFOR peacekeeping mission, but as a civilian rather than as a soldier. He can still recall that civilians working in the military camp were taken to the air-raid shelter during alarms, and he sometimes had to work wearing a hot shrapnel- and bullet-proof vest for weeks during the summer. “As our company worked for the US Army until 2006, my colleagues also went to Iraq, Afghanistan and Uzbekistan later and came home with much weirder stories”, Balázs Horváth adds modestly. Though he is clearly not the type of person who shies away from danger. His approach is that “you have to respect the rules of the country and of the camp you are in, and you have to avoid problems when you leave the camp”.

He says that he learnt a lot during his years in the camp. During that period, he only came home for three or four days every two weeks and also slept in a tent in the first years. Self-esteem and accurate self-assessment are the most important. He realised that—if the US Army was satisfied with his knowledge and work—he would also find his way in the civilian world of business, knowing that he had at least the experience and confidence of the military’s engineers, or even more. Besides his job at Avaya, he and an American engineer colleague started to contracts for minor IT and telecommunications projects in the camps. These soon led to them incorporating a company registered in the US. Around the turn of the millennium, they were already working on larger projects and had a subcontractor pool of between 15 and 80 persons. They installed, put into service, and repaired low-voltage systems, IT power supply systems, and optical networks. For a long time, their army engineer colleagues didn’t even let them enter the worksites if the project they were working on was considered to be a military secret.

By the mid-2000s, however, the number of army projects began to drop, and after a couple of years, Balázs bought out his American co-owner. Returning home, he started to look for something new, as the majority of communication network developments had already been completed, and the market was saturated. As army servers and computers had an uninterruptable power supply, they became the Hungarian distributors of Socomec, a French heavy-duty equipment manufacturer. They not only resold their products, but also put them into operation, operated and repaired them. In addition, they tried their luck in the retail business. As they installed cooling systems for server rooms, they started to install air conditioners. This business unit has eight employees—though its share of the company’s revenues is less than 10%.

The 2008 financial crisis did not hit them that much, mostly because they were always entering new areas. Their microenterprise thus grew into an increasingly robust small entreprise, and then became medium-sized. Their HUF 100 million first grew to HUF 250 million, to HUF 400 million, and ultimately to HUF 700 million. Over the last few years, their revenues have remained stable at over HUF 1 bn. They have mostly provided uninterruptable power sources and similar IT services to large companies such as Tesco, Siemens, the Centre for Budapest Transport, IBM, British American Tobacco or Telekom.

It was by building solar parks, a new area which they discovered in 2012, that they crossed the coveted threshold of HUF 1 bn. The first two projects were, of course, for their two own sites—with funds from the EU. These two 500 kW solar parks (authorised in simplified procedures) have been running since 2013. They have also had eight similar projects which they have owned ever since. Naturally, they are involved as contractors or suppliers in many other projects.

This initiative also had its “odd story”. When building a solar park, the most critical and most expensive parts required are, of course, the panels themselves. They had ordered panels worth HUF 100 million from a German company, via an Italian dealer. Balázs was on summer vacation with his family when he heard the news: a court had launched bankruptcy proceedings against the German company that had their solar panels sitting in its warehouse. For interminable weeks, they were on pins and needles. But in the end, they were lucky: they ultimately got the solar panels they had already paid for, and the situation in Germany did not drag down the Hungarian medium-sized enterprise. Balázs Horváth then decided to build his own solar-panel factory in Hungary in order to avoid the risk of not getting goods already ordered and paid for. Their small solar-panel plant has manufactured a total capacity of 20 MW so far, but the entirety of its entire output is used “in-house”.

“We can’t be as cheap as the Chinese, but assembling in Hungary can still be considerably cheaper than at big western companies”, the owner and manager explains. “At least up until last year, because over the past months solar-panel prices have plummeted by half. Panel price per watt capacity is as low as 20-25 cents nowadays—if you order in large quantities.” This means that their manufacturing also has to shift towards something special. Of course, the company was once again quick to respond. Since spring 2019, they have been manufacturing small, specially laminated components for special solar-panel roof tiles. As these are 30% more expensive than conventional solar-panel systems, their client, Autarq GmbH, only sells them in Germany and Norway. This is not only because of the price. The construction industry is so active, and the product is so successful that the German partner could hardy supply other markets with current capacities.

The owner is still agile and forward-looking: they are buying a production line that could quadruple production by the end of the year. They are also planning to automate extensively. Balázs Horváth thinks that the future will not be only about solar panels and roof-tile-integrated power panels, but also about energy storage. The next major business opportunity for CoreComm lies in shifting towards the power supply for the electric car charging network and other local storage solutions. The manager, who is an electric engineer, believes that the national power grid will ultimately not be able to take up all of the power generated in solar parks or household solar plants. This is not only because of the changes in the state’s mandatory power uptake system, or because of potential capacity and distribution problems. Fixed batteries for households and businesses are, however, getting better and better. So, if a household or plant solar park is producing more power during the day, than the electric cars returning in the evening can take that during the night, and this reduces recharging loss.

If we only consider how quickly the challenges in the energy industry are changing, it is clear that this medium-sized enterprise can expect an exciting future. Besides its continual development, CoreComm takes part in a wide range of social projects as well. Balázs Horváth’s philosophy is to give a bit of money to every cause that he feels is worthy, so long as it is a local initiative that supports the city of Veszprém and its inhabitants.