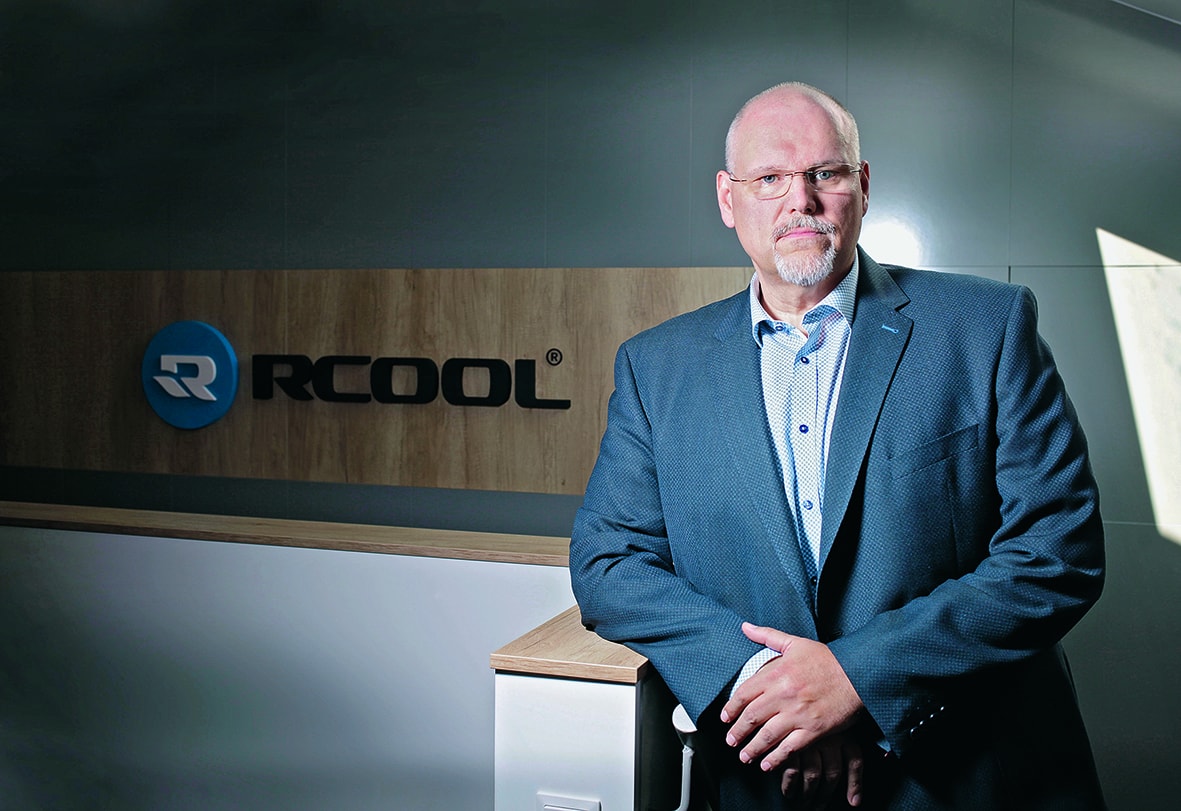 The history of Rotovill Kft. is a classic “garage business” success story. Headquartered in Pécs, a city in southern Hungary, hard working and adaptive company has been quick to adjust to market needs over the past 25 years, factors which have made it Hungary’s leading wholesaler of appliance parts. Its broad product range has also made it a major player in the household air-conditioning industry.

Everybody knows how unpleasant it is when one of our beloved appliances breaks down. Suddenly, nothing is more important than a new refrigerator thermal relay or washing machine pump more. “Our market is based on problems”, said founder István Szabiár, as he explains the nature of this special market segment. Indeed, it is when something goes wrong with an appliance—resulting in piles of dirty laundry or spoiled food in the refrigerator—that customers encounter the products distributed by Rotovill. They then have to struggle to find a repairman who, if they are lucky, just might have the right replacement part and be able to quickly repair our beloved machines. Rotovill Kft., Hungary’s main supplier of spare parts, is an important link in this process.“Communicating through a chatbot is difficult in this field, because you can’t eliminate the human factor from the system. But this makes it exciting”, says the founder as he shares his enthusiasm for the constant challenges.

István Szabiár followed a straight path to establishing Rotovill Kft. which he launched in Pécs in 1993, during the wave of new entreprises after Hungary’s transition to a market economy. It was not by chance that he chose to focus on wholesaling spare parts. He had past experience in this field, plenty of marketable skills in business and trade, and there was also a shortage of washing machine, spin dryer and vacuum cleaner parts. His concept proved workable. Nowadays, there are very few repaired household appliances in Hungary that do not have a product manufactured or distributed by them, and they are also market leaders in terms of revenue.

They opened the first shop in his grandmother’s garage. In the early 1990s, they started to import parts for ETA vacuum cleaners, a brand that many Hungarians still remembered with a twinge of nostalgia. Demand was so great that they imported truckloads of parts from the Czech factory. Satisfying market needs was somewhat simpler back then, as almost all households had similar boilers, washing machines, vacuum cleaners or spin dryers, all of which were made in the Eastern Bloc countries. “It was certainly a unique experience to live in this new, free environment, in which—compared to today— it was fairly easy to start a business and to work at your own risk in accordance with your own decisions. At the time of the regime change, merchandising offered a lot of opportunities owing to the economy of scarcity, which is almost unknown today”, reminisces István Szabiár.

It is no longer a novelty that electronic parts are now almost exclusively manufactured in Asia. This also had its own evolution, tells István Szabiár. “In the beginning, we bought from manufacturers in the former socialist countries, then we turned to the Italian market because of the innovation and production capacities available there. Later, just like in almost every sector, Asian companies entered this market and their quality has now also caught up with global standards.”

In the beginning, they supplied the Southern Transdanubia region, then they slowly covered the entire country with their fleet and warehouses. They can now deliver thousands of products immediately from stock, and they can get their products anywhere in Hungary within one working day: a crucial factor on this market. The founders have been thinking in terms of a B2B model since the establishment of the company, meaning that their primary partners resellers and providers of repairs for household appliances, refrigerators and air conditioners.

Their strategic decisions ensured that the 2008 financial crisis did not hit the company very hard, and they continued to grow during that period. A well-thought-out cash-flow, strict receivables management, and the adjustment of their product portfolio to meet changing needs did much to help them weather the crisis, although the intuitive decisions of management also played a pivotal role in many cases.

Although the company did not manufacture and distribute cooling and A/C parts and equipment in the beginning, they now sell these products in considerable quantities. They began this new segment 15 years ago, and their turnover in refrigerator and A/C parts increased partly during the 2008 financial crisis. Later, in response to specific reseller needs, they started to sell A/C equipment, primarily for household use, which also become a successful range.

For the last four or five years, they have also been experiencing the unfortunate shortage of skilled professionals, both for household appliance and air conditioning repairmen. This bottleneck affects the entire market, because it has become extraordinarily difficult to match the supply to the increasing demand for parts and air conditioning equipment, given the lack of qualified labour.“This is in part attributable to the relatively low income earned by household appliance repairmen in Hungary, which makes this profession unattractive to young people. Repairing rates must increase in order to make this trade attractive”, said the founder.

Rotovill’s product range has thus continually changed over time, as they adjust to technological developments and changing customer and market needs. For example, the life cycle of household appliances has become shorter, rendering these products “disposable”, and thus removing them from their parts portfolio. This, however, is only partly true for big household appliances. Although the 15- to 20-year lifecycle of these appliances is now down to half or even a third of that, it is usually still worthwhile to have them repaired, given their purchase price. Additionally, as the knowledge and services related to technical consumer goods are becoming increasingly complex, household appliances are also becoming increasingly intelligent and complex, which means, as shown by experience, that these appliances require more and more repair and maintenance in general.

Rotovill thinks that the success or failure of a company depends only partly on its markets. The right company structure, management, workplace atmosphere and predictable work environment are just as important, but the most important is partner satisfaction. In the light of this, they are purposefully building their management, trying to involve the employees in the decision-making processes, and, above all, to cultivate good relations with repair staff, service centres, and distributors. “You can trick them only once”, says the founder. Far from being trite platitudes, reliability and predictability have been the core values of their operations since the beginning. They invest a lot of energy in manufacturing, selling, and listing only top-quality products.

They continually search for market expansion opportunities in order to grow sustainably in the long run. In this respect, they began building their private-label product range, Rcool, a few years ago. The Rcool range currently has 60 products, from swivel fittings to room thermostats and A/C equipment. As István Szabiár says, “we have created the Rcool brand to supply high-value products to the market. Although it sounds like a banality, our aim really is to offer more for less.”

Their financial indicators corroborate this effort, because the true results are the “votes” of returning customers on such a special resale market where the customer base consists of professional partners exclusively, and Rotovill and the RCOOL brand are getting more and more votes.

Their future plans prioritise the broadening of their reliable and value-for-money private label product range. They are also in the middle of modernising their webshop, which is widely used and popular among their partners and generates considerable turnover. Altogether, this company in Pécs is all set to face the next 25 years.