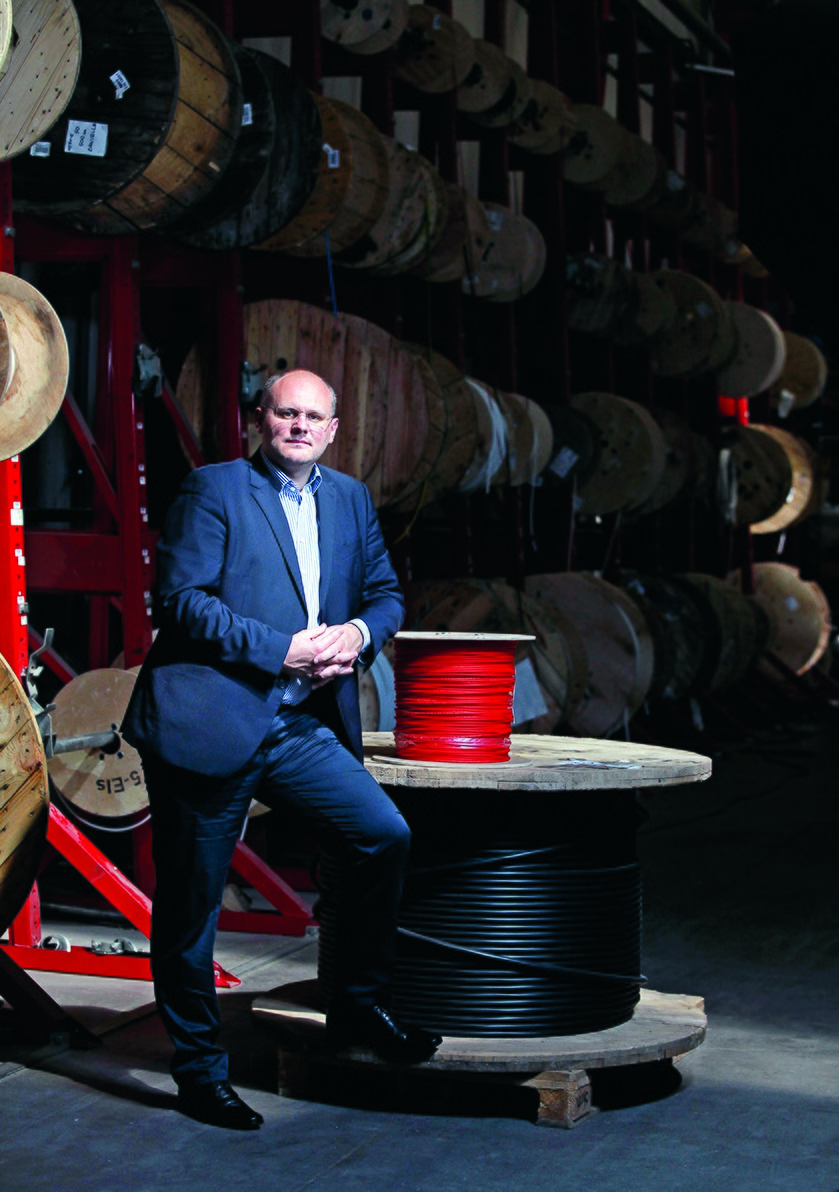 Daniella accredits its rapid development to its reliability, the involvement of external experts, and its internal training programmes.

After the regime change in 1989-1990, Dániel Kőszegi started to sell low-current parts and repair office equipment in a small shop in Debrecen. The transformation of his sole proprietorship into a limited liability company, however, also meant reprofiling. Seeing the market opportunities, he centred his company’s product range around high-current products. When they started, the competition in Hungary was fierce. A plethora of “garage businesses” had just opened which were operating almost without any stock, reselling products as soon as they bought them. Their low costs and minimal margins created a fierce price competition, further aggravated by the then still considerable black market. Daniella Kft., however, did not choose this path. The wholesaler’s reliability and expertise in serving their partners won the trust of resellers.

By the 2000s, business was growing so well that they started to expand. Working out of the city of Debrecen, they could only effectively supply eastern Hungary. Their new Budapest headquarters however allow them to cover the capital and its vicinity, while their Veszprém site (set up in 2005) serves western Hungary. The acquisition of two major competitors by foreign multinationals that did not understand the Hungarian market made things easier for them. These acquisitions ended poorly, and as a result, many skilled experts left these competitors. Daniella could offer them jobs, further expanding its knowledge capital. Business was growing rapidly in the four years before the 2008 financial crisis. Their turnover climbed from HUF 3 bn to HUF 10 bn between 2004 and 2008. During these growth years, they also set up a Romanian subsidiary and began to successfully market their private label products on the Hungarian market. These products are now partly manufactured in Eastern European countries. Their private-label product range includes sheet-metal distribution boxes, modular enclosures (Skybox), lighting products, lamps and light fittings (Daniella deLux), and electrical materials and equipment (Stilo).

In the 2000s, they based their development on foreign currency loans. In the wake of the 2008 financial crisis, their customers were going bankrupt one after another, leaving major unpaid debts behind; in addition, the drastic devaluation of the forint shook their financial backing to the core. Reducing demand shrank their turnover to HUF 6.5 bn in a few years. They worked hard to get back on track as soon as possible. This meant rational business decisions, replacing foreign-currency loans with fixed-interest-rate loans as well as an anticipated and successful intergenerational succession. Already in 2011, the founder wanted to pass the baton to the younger generation. His role was taken over by two managers, Ernő Hadnagy and Péter Szabó, who had held executive positions at the company for years. Mr Péter Szabó has been working for Daniella almost since the beginning. Contrary to the common practice in the industry, the new leaders had not started their careers as master electricians or electrical engineers. Both are well-trained economists who clearly saw that a multi-billion-forint SME could not be efficient if one person held all of the leadership responsibilities. Accordingly, they redesigned its organisational structure and created 20 management roles.

Another strength was their openness: instead of trying to solve everything in-house, they chose to outsource certain key areas. They also retuned Daniella’s business strategy and opened a Daniella site in every city and town with considerable demand to further support their partners. As a result, they now have a network of 31 points of sale covering almost all of Hungary. They have also upgraded their warehousing and logistics system and can now deliver sales orders within 24 hours. This also contributes to ensure that customer needs are met to the highest possible degree. To ensure a solid financial background and make their company shock-proof, they have added a “safety brake” system to their receivables management system.

Pursuing a path of targeted development over the past 10 years, Daniella Kft. has joined FEGIME, a European procurement association. “We have good relations with the members, and we support each other. Our conversations with the other company managers were extremely useful”, says Ernő Hadnagy. In 2007, Daniella Kft. was one of the founders of FEGIME Hungary Kft. which connects Hungarian family businesses to the network of international members, giving them access to the European professional elite. The hard work of the last few years has paid off: Daniella is now the largest wholesaler of electrical products in Hungary. This was partly a result of their reaching a new milestone this year: the acquisition of DL'1 Kft., a company with a turnover of HUF 4.8 bn. The managers said however that they do not plan to integrate this company, and DL'1 will remain a separate entity. With a view to increasing efficiency, however, they are harmonising major background functions (like IT or logistics) after consulting with the relevant managers of both companies.

Daniella, an employer of 280 employees, has to tackle two significant issues at the moment, one of which is the labour shortage. As there is a dearth of good professionals on the job market, they are compelled to train their colleagues in-house. To this end, they have set up the Daniella Akadémia, an in-house training scheme. In order to serve all of their employees throughout their nationwide network, they also make the learning materials accessible online. “What our company offers is actually directed self-training. We strongly recommend that our employees check the uploaded materials. It ends up being of benefit to all of us”, says Ernő Hadnagy.

Offering stability and a secure livelihood to its employees has been a priority since the founding of Daniella. They partner with their suppliers to provide many product-related trainings. These, in combination with their in-house training scheme, offer opportunities for continual professional development. The company supports employee aspirations by contributing to postgraduate specialist trainings and university studies. “Our aim is to offer everybody in the company a forward-looking career path and to provide our employees with all the support they need in this respect”, said the managers. “The other big difficulty in the industry is postponed intergenerational succession.Several companies in this industry have leaders near retirement age. This is problematic, because experience shows that these people tend to focus on the short-term. Because they want to earn as much as they can as quickly as possible, they tend to press down prices”, the managers say, adding that “there’s still room for development in Hungary”. They expect a 10 percent yearly growth rate in the future and to fund their planned development projects party from loans. The managers regard their bank relations as especially good; banks are happy to lend them the funds. They are expanding their logistics depot to satisfy the increasing demand and expect to double its capacity at least. They have already bought the land for this major investment project; the architects are working on the hall design. If everything goes well, they will have moved in by the end of 2020. Their goal is to strengthen their market-leading position. Crucial elements in their path leading to this project and in their success so far have been their openness, in-house trainings and carefully considered management transformation.