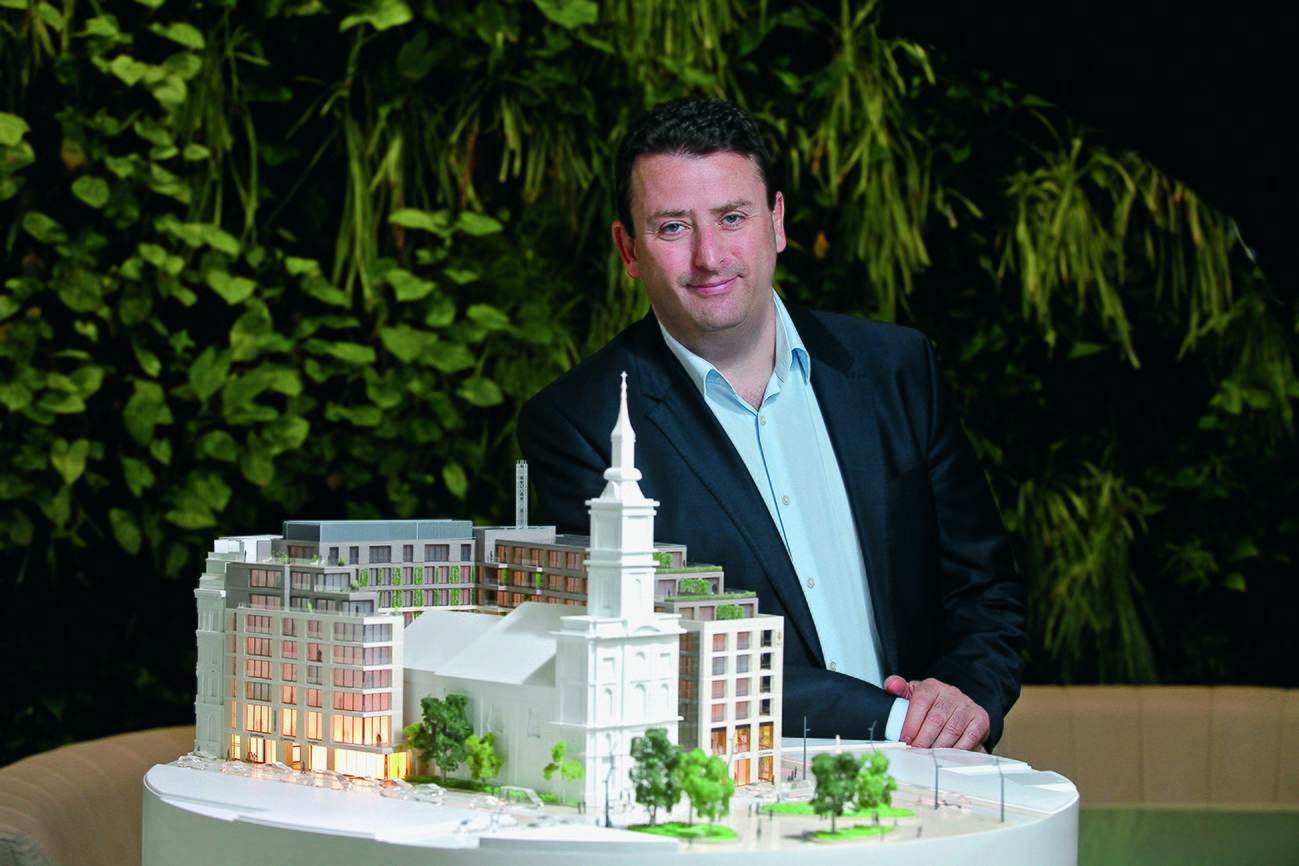 Tibor Nagygyörgy, one of the most successful property investors in Hungary, started doing business when he was a teenager. Now, his company group has more than a hundred firms.

As a teenager, his first small undertaking was interpreting at a summer football cup. Next year, he was the one providing the interpreters for the same client. During his university years, he had a work-abroad agency and a babysitter agency. He was so successful that after six months he had to rent an office. This was also the time when his company group began its operations. It was also during his university years, in 1993, that he entered the property business, and that they added property brokerage to their profile. They primarily rented flats to foreigners. Three years later, he started investing in real estate. He invested the money he had accumulated so far into “flat-flipping”, although he started small. The company bought a flat for HUF 4 million, renovated and resold it. They then bought another one, and another, and so on, always moving up to larger properties. It was already clear that the property business was extremely profitable. Within a year, investors joined him and by 2000, they were already dealing with properties worth billions of forints. It was at this time that they launched the Europa Property Fund.

“This was a true novelty on the market at that time. Banks did not have any property funds at the time, so ours was the first market-based, open-end public property fund. Ferenc Forgó was my partner in creating it. We were so successful that all the banks offering our investment units also set up their own property fund management units. This process led to the sale of the company to Pioneer Alapkezelő (Pioneer Fund Management) in 2004. This was the time when Viktor Nyíri and I started the Biggeorge’s-NV property development company. We worked together until 2014, then I bought him out from this residential and office property development firm. In turn, he bought me out from our venture capital company. The 2008 financial crisis hit us too, but we always fulfilled our obligations and managed to survive.

This needed a lot of work, foresight and a bit of luck. We had a big land deal and a major forward-sale property transaction in 2007 to help us survive the crisis. We had already seen some warning signs, but hadn’t really wanted to believe them, because we didn’t want to hold back our company group which was gaining great momentum at the time. Many are now talking about the end of the current economic cycle. Although I don’t expect any problems that could affect our operations considerably until the end of 2020, we develop our investments much more carefully now than we did in 2007”, says Tibor Nagygyörgy.

“Biggeorge Property started in 2014 and is entirely my own business.We have 14 property development projects: we’ve already delivered two, eight are under construction and we’re launching new ones as well. We implement these projects through closed property funds. Besides our own funds, we also use those of other investors: pension savings funds, insurers, and individuals—for a good but fixed-maximum yield. Investors get involved after the preparations, in the construction phase, once we have the building permit and are done with the presales. There are still some sales risks at this stage. But the main risks borne by investors are completion risks for a period of two-and-a-half years. We have projects which we fund entirely on our own, but most projects have mixed funding structures”, explains Nagygyörgy.

Fund management is also successful. They have started to raise funds not only for development projects, but for income-generating properties as well. Compared to other property funds, they produce a significantly higher yield. Responding to the changing market, Biggeorge Property has acquired an interest in a construction company as well. “My companies have developed 300,000 m2 of property so far. One of the most interesting projects we took on was the development of the Vienna Corner office building where our headquarters are located. One of the major engineering issues was how to build an underground garage under an historic building. We purchased the area piece by piece. Several historic buildings stand on that piece of land, the oldest of which is a two-storey baroque building completed around 1780. In 2011, the Vienna Corner building won the first prize in the heritage category of the international property development excellence award: the FIABCI Prix d’Excellence. We are also proud of the 72,000 m2 logistics development we did for Audi, and hope that the Emerald Residence under construction in Budapest will be a successful investment—it should be done by next summer”, Nagygyörgy added. Currently, they have Hungarian projects, but their mid-range plans include regional expansion. Nagygyörgy regards going public as a potential future option.

Besides these development projects, their property brokerage business has also developed nicely since its launch in 1993. Since 1996, the brokerage company led by Adorján Salamon has been dealing with commercial property as well. Új Otthon Centrum, the predecessor of Otthon Centrum, started in 2000 in connection with the account of the housing support scheme available at the time. Their initial focus was new property and the related credit brokering. This department, held in 100% ownership by Tibor Nagygyörgy, began it operations as a franchise network in 2003 and included resale flats in its portfolio. By 2007, they had 100 offices. While the 2008 financial crisis reduced this number by about ten, they now have 190 offices and, according to their calculations, have become the market leader.

They own 13 of their offices. In addition to property and credit brokerage, they also offer energy audits as well as sales services to banks and developers. Nagygyörgy favours this synergic mode of growth not only because of the intercompany deals, but also for the deeper understanding of the market it brings. Accordingly, around 2004 he invested in DirektMester, a company providing repairs services for retail clients. “DirektMester ran as part of Otthon Centrum for a few years, but it was not as profitable as expected, so we sold our share to its founder, Gábor Décsi. He reprofiled it and started to deal with facility management. Their turnover increased to hundreds of millions of forints, so I re-invested in the business”, the CEO relates. A company called Dome was contracted for the facility management of several Biggeorge Property developments. This company has a turnover of HUF 4.5 bn, and has clients like the Audi plant in Győr and several office buildings and shopping malls. We won the opportunity to manage two funds in the Jeremie Programme, so I tried my luck in the field of venture capital between 2010 and 2014. I ended up leaving it when the property market started moving again.”

Nagygyörgy was the first to do many things. He finds it inspiring to make something new, and believes that his synthetising ability is the key to his success. “Lots of people are better economists, better property investors, better engineers or legal experts than I am. What’s crucial though is being able to synthesise information from these fields is. This is why I like to surround myself with top professionals and to work with them as a team. Adding something to the business was always important in our cooperation with the other owners—we can complement one another well. A personal connection and trust are essential for me in business deals”, Nagygyörgy stressed. Besides business, he also believes in corporate social responsibility. In addition to donating to the Utcáról Lakásba Egyesület (From Street to Flat Association), an association helping the homeless, they have also been supporting the MUS-E Egyesület, an association promoting the development of disadvantaged children. They have been helping the association for the homeless for two years, while their cooperation with the association for disadvantaged children started on the basis of a personal contact five years ago. On the basis of agreements with schools, MUS-E visits classes for free with volunteer artists every other week.