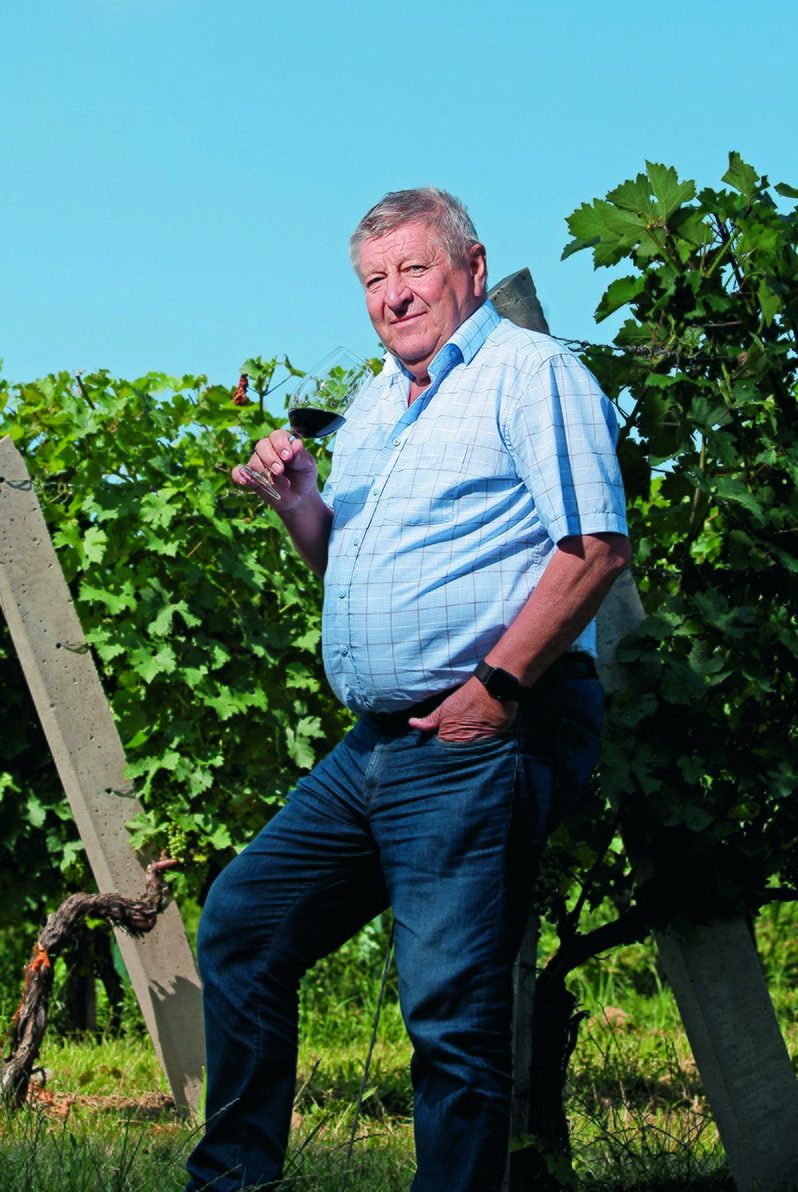 József Bock, the founder and owner of Bock Borászat Kft.

The history of professional winemaking on the Bock Estate stretches back to the 1980s.

Bock Borászat has continued to deliver the expected key performance indicators reliably in 2018. The owners, József Bock and his children, Patrícia and Valér, realised a turnover of HUF 1.4 bn turnover and EBITDA of HUF 305 million. The core firm of the Bock Family, Bock Borászat Kft., which produce and sells bottled wine both in Hungary and abroad, plays a major role in Hungary’s Villány wine region. The winery primarily renowned for its premium wines including its selected Blaufränkisch, Pinot Noir, Shiraz and Bordeaux varieties like Cabernet Sauvignon, Cabernet Franc and Merlot. The Bocks’ top wine is Magnifico, a Merlot grown in their Ördögárok vineyard. Equally prized by wine connoisseurs are the rosés and whites of the Bock Estate. Viticulture, i.e. the production of raw materials, is handled by Bock Pince Kft., which supplies grapes exclusively to the Bock Winery. Currently, they grow vines on their own 80 hectares, as well as on 60-70 hectares cultivated for them by other growers. The third member of the family business is the Bock Panzió Kft., a restaurant and hotel that also offers winetasting. The first six months of 2019 saw a lot of new guests, says József Bock, the managing director of all three companies.

Back in 1992, he started his own business on two hectares. But the roots of professional winemaking on the Bock Estate go back to the 1980s, when the management of the then HungarHotels for Baranya county, and even the country management of the hotel chain, started to visit the Bock Winery’s cellar in Villány cellar—most often with foreign hotel guests. In response to the interest of guests and with the support of the local state farm, bottling started in 1987. Thus, when in 1991 (already after the political changes), a Budapest wine trader contacted the winery owner to distribute his wines, he had already been bottling for four years. The Bordeaux vine varieties were also planted in the late 1980s. His first customer was—thanks to the Budapest wine trader—the famed Gundel Restaurant. The wines of the Bock cellar also found their way to the Hilton and Kempinski hotels as well as the Fortuna Bar in the Buda Castle. In 1992, József Bock took 45,000 bottles of wine to the Sevilla Expo and was at that point delivering wine to Gundel almost every week. 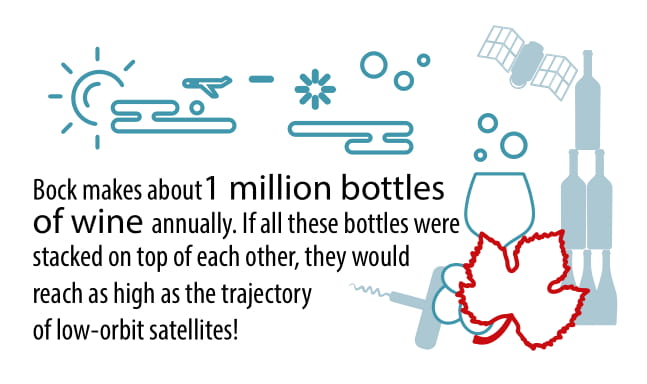 Success, however, did not distract this increasingly popular young winemaker. Instead of using his increasing income to go on a study trip to America, as was the fashion at the time, he bought storage tanks. When in 1994 they outgrow the 400 hectolitre capacity family cellar in Jammertal, he started to build the cellar they have now. It was completed in 1996 and was used at the time for a range of purposes: processing, bottling, and as a restaurant. Then came the 15-metre cellar under the current hotel in 1998 and another 15 metres wide and 30 metres long two-storey cellar in 2002. The winery applied for their first EU grant in 2008. After receiving it, works on the winery continued until 2012, but it was worth it. With the help of another subsidy they obtained in the meantime, they added another 100 m to their cellar. Completing these construction projects, their building complex now has three cellar halls, two processing cellars, two cellar branches and a round cellar. The winery’s modern processing units comply with strict EU standards. Bock Borászat Kft. applied successfully for funds in 2018 again and started a complex food-industry investment project from a HUF 650 million non-refundable EU development assistance, a HUF 670 million loan and 25% own resources in 2019. The company’s aim is to increase wine quality, broaden its product range and to offer more prestigious top wines by deploying modern winemaking equipment, machinery and technology systems. After completing the investment project, their non-wine business unit will start to offer grape juice and dried fruit products as well. The investment project also means the construction of a plant in Villány with a surface area over 3,700 m2.

To expand its non-wine business unit, the winery built a grapeseed processing plant in 2018. Grapeseed is rich in various antioxidants and omega-3 fatty acids, and grapeseed products are extremely good for the human body, especially the cardiovascular system, the skin, and the eyes.

József Bock is confident that in 2019, his three businesses will produce an increase in turnover that will be exceed the increase in labour costs for their 100 employees and in their other expenditures. Key aims of the company are selling one million bottles of quality wine and gradually increasing the export ratio from its current 10% up to 25%. Their hotel, open year-round except at Christmas, has steadily increased its turnover by 10% every year.

Looking back over his career, the head of the Bock Empire believes that the secret of good wines and growing sales is technical precision. This was his trademark at the start when he saw the socialist mammoth plants as examples of what should be avoided, and it continues to be his top priority now, amid the labour shortage and increasing wages. His constant hard work and the challenging business environment aside, Bock still has time to support the community. He donated funds for the MRI equipment in the hospital of Pécs and for CT equipment at the hospital of Mohács. In the past, his businesses have supported the Rákóczi Federation and the Hungarian Charity Service of the Order of Malta, while in 2010 he also contributed to a fund created by Elemér Rédly (a Catholic priest in Győr) that sought to reduce the debt of the Hungarian state.