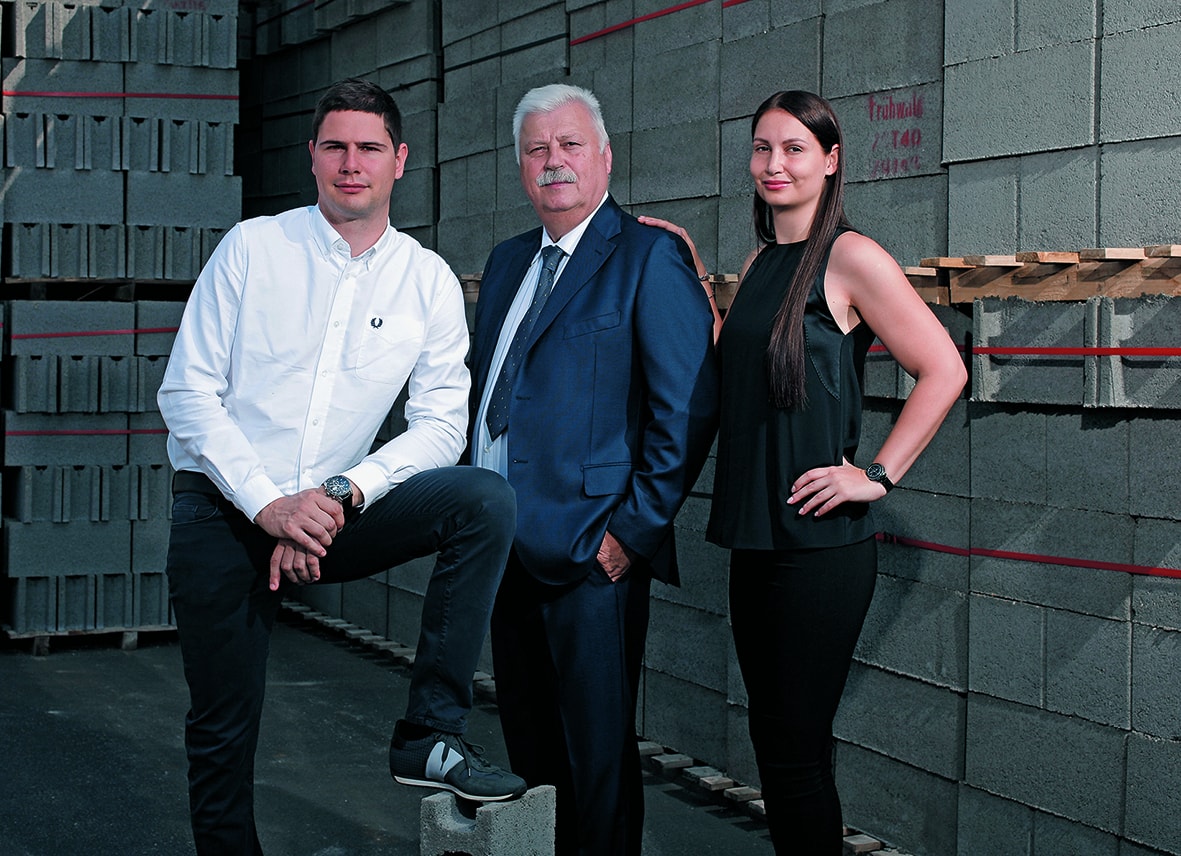 GSV Kereskedelmi Kft. has been continuously growing for years, thanks to its wide product range, professional services and prompt deliveries. The turnover of this construction material dealer could top HUF 9 billion this year.

It was a long and winding road that led to the founding of GSV Kereskedelmi Kft., or Gulyás Tüzép (Gulyás Fuel and Construction Materials). János Gulyás, the founder, originally wanted to become an athlete. As a football player on the Debrecen team, he was even a member of the first-class Hungarian championship team. After the replacement of their coach, however, he decided to try his luck in the world of business. First, back in the 1980s, he dealt with freight forwarding. At the time, there were only a few players competing with one another on the Hungarian freight-forwarding market. When he began, the second-biggest Hungarian town had merely five cargo transport companies. But it was in 1988 that János Gulyás found his true vocation. In was in that year that a family friend in Kazincbarcika (a town in the northeastern part of Hungary) introduced him to construction materials trading.

Of course 30 years ago, this industry looked completely different from its current state. The only suppliers of products were big, state-run companies. To get the goods, the founder had to commute between Budapest, Komoró (a village in eastern Hungary), Kazincbarcika, and Debrecen. Although getting goods was especially hard, their range included roofing timber as well. The demand was so strong that as soon as they returned to Debrecen with the timber, they would sell their entire stock within two hours. State-run companies started to decline after the political changes in 1989-1990, and the assets and infrastructure of bankrupt companies were acquired by new private businesses. This is also how Gulyás’ company, GSV Kereskedelmi Kft., grew. In 1993, they bought the Debrecen site of Kelet-magyarországi Tüzép (Eastern Hungarian Fuel and Construction Materials). Already at the start, they were met with a great opportunity: a chance to set up a nationwide chain. “We certainly would have been much more successful with a major chain backing us up, but it would have also meant much more problems and uncertainties. It also would have been much harder to get through difficult periods. In hindsight, I’m glad that we didn’t start to expand geographically”, the owner says.

GSV reached a major milestone in 2000: they opened the Otthon Áruház (Home Store) in Debrecen. The 3,000 m2 shop was truly unique. Since the beginning, they have offered customers customised services; their advisors help them choose the right product or suggest an alternative where appropriate. They also calculate costs for customers who bring in their construction designs or blueprints.

This customer-centred approach has been key to the company’s success. Their dynamic development hit a snag at the onset of the 2008 financial crisis, whereupon relations with their bank deteriorated considerably. János Gulyás says that over the course of a few years, their bank became virtually anti-business, but fortunately they were able to switch institutions quickly. On the whole, they took their own approach to managing by making changes.

Going into the crisis, they had 100 employees, but by the end, they had 150. During the recession, they also set up a lime hydration plant and are already reaping the fruit of their investments: their turnover has been increasing for years. Their revenues were HUF 6 billion four years ago, and are expected to exceed HUF 9 billion this year. The founder still believes in abundance, as he always did. Their stock level is a bit high, but this makes him feel secure. At any rate, the range of products they offer range is extremely broad, including all construction materials: building materials, roofing materials, doors and windows, wall tiles, floor tiles and wall coverings, bathtubs, shower cabins, hot tubs, faucets, bathroom furnishings and accessories, paint, wallpaper, tools, and LED lights.

GSV offers more than 10,000 articles. Although they have private-label products manufactured for them directly, their range also includes products that they have developed in-house.

There is practically no construction-related need in Hungary that they would not be able to meet. They have reached a size that they do not need to join any purchasing company to buy goods efficiently—unlike several smaller competitors. They have good and direct supplier relations, some that have been ongoing for 30 years. Today, they receive inquiries from all over the country, although most of their direct customers are from Debrecen and its surroundings. Thanks to their resellers, however, their goods travel much further afield. 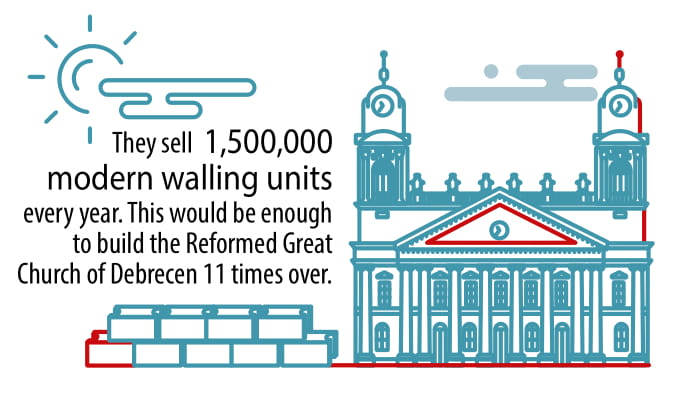 They aim to avoid loans wherever possible, and try to finance their investment projects from their own resources. They have recently started to build a 90-flat building in Debrecen, which they are building entirely from their own resources. However, this is not the only way in which they diverge from standard market practices. They waited until the flats were 50% completed before starting to sell them, so that potential buyers could see the high construction quality. Quality is, however, a priority not only in the housing project but also in their services. Their deliveries are always on time and accurate, and their advisors are well-prepared. As it is hard to find good young professionals, they support their entry-level staff with in-house training. “It usually takes a fresh graduate more than a year to acquire the necessary knowledge”, explains the company manager. He has also implemented his own approach in order to reduce employee turnover: a wage-increase programme that guarantees an increasing income for those who are willing to commit themselves to the company for at least five years. A feature of GSV is that they can satisfy all customer needs because their product range includes everything from standard to premium quality.

To have more room for high-end products, they will soon be expanding the Otthon Áruház in Debrecen. They have also started to prepare for intergenerational succession in the meantime. The founder is beginning to hand over the reins to one of his daughters and her husband. At the same time, plans to improve management are also underway. As the founder puts it: the company has developed so quickly that its organisational structure has not kept pace; they would like to rectify that in the forthcoming years.

Already, managers have begun working on further training. This is one of their reasons for the ELITE Programme of the Budapest Stock Exchange. “It is not only the lectures that are useful, but also the opportunity to meet managers from companies of a similar size from other industries. These conversations help us see certain problems from a completely different perspective”, explains the founder’s son-in-law, Ádám Molnár, who is the company’s expansion manager.

Their pursuit for excellence is also reflected in their paying special attention to developing high-quality professional training for future professionals: They regularly host interns from the Faculty of Engineering of the University of Debrecen and the Debreceni Pécsi Mihály Construction Secondary School, and GSV also provides raw materials for vocational courses.

The company, which also supports foundations for healthcare services as well as children, has started several investment projects recently. This year they are not only expanding their shop, but will also start their own pellet plant.“We sell 1.5 million modern walling units every year. The total quantity we’ve sold so far would be enough to build the Reformed Great Church of Debrecen 11 times over”, says Ádám Molnár.