Imre Pausits, a mechanical engineer, was among the first to start a private business partnership in the early 1980s. Nowadays, he manages his heavy-industry plant—that processed 8,000 tons of steel last year and has a staff of 120—together with his son Valér.

Verarbeiten Pausits Kft. increased its revenues by more than 50%, to HUF 3.4 billion, and its EBITDA reached HUF 685 million, up from HUF 225 million in 2017. They have set the turnover goal of HUF 5 billion for 2019 and expect to process 10,000 tons of steel. But let’s start the story at the beginning.

Imre Pausits worked as a mechanical engineer at Motim, a company in Mosonmagyaróvár, where, in the early 1980s, he was given a wide range of tasks despite his young age. Because he wanted to become independent, however, he and his partners established their private business partnership specialising in steel structures in 1982. They had so much work after a year that it was impossible to do both jobs, so they left Motim in the end of 1983. This was also the time when they got the first major order: making steel structures for the renovation of a sugar factory in Ács, a nearby town. Although they were later called back to Motim, it did not prevent them from sealing the company’s first export deal in 1986. Their private business partnership had to work on steel structures for the complete reconstruction of a sugar factory in Bruck an der Leitha, a town in Austria. This meant installing steel platforms in a multi-storey building and erecting silos with conveyor belts between the buildings. This was where Pausits and his team amazed everybody by constructing three steel bridges between the buildings in just a single day—when it had been expected to take a week.

Motim remained their main customer until 1991 when Pausits was told that their services were no longer required. From one moment to the next, they lost their site and main customer. Luckily, Imre Pausits could buy a site of the local agricultural cooperative in Halászi, a village near Mosonmagyaróvár, almost instantly, and they have worked there ever since. Of course the many improvements they have made to the site over the past 28 years make it virtually unrecognisable today.

They restarted their export and inland projects on the new site between 1991 and 1996. Among others, they manufactured 800-ton segments for Heller-Forgó cooling towers, which are based on a Hungarian invention, for Iranian, Turkish and Syrian clients from 1993 onwards. The boldest move was, however, when they accepted the invitation of Transelektro Holding in 2000 (when they were already a limited liability company) and became the general contractor for a 225-flat housing estate in Sopron. They were in the middle of the project when they took over the investment and sales tasks, as well as the HUF 2.5 billion investment loan from Transelektro. They completed the construction project in 2002 and it turned out to be a complete success. Pausits Kft. realised a decent profit and repaid the entire investment loan.

Then came the next chapter in the company’s story.“By a twist of good luck, we came into contact with the German Sennebogen company which was the owner of a shipyard at Lake Balaton at the time, and they ordered crane underbodies from us”, tells Pausits, pointing at the matchbox-size crane on his desk. Series production required, however, more space; therefore, they built another 5,000 m2 factory hall by the end of 2006. Soon, they also built a third, 2,000 m2 factory hall between the first two. “We already had two of the walls, so it made sense to build it”, says Imre Pausits. Pausits Kft. had HUF 1.6 billion in turnover in the year of this construction project, which rose up to HUF 2.5 billion and HUF 3.5 billion respectively in 2007 and 2008. Then the crisis hit them in 2009, pushing down their annual turnover to HUF 900 million. It took the company nine years of hard work and persistence to get back from their slump up to over HUF 3 billion. Pausits has not changed its core activity since the Sennebogen order. They make underbodies, bottom and top carriages, as well as front and rear dumper frames, for excavators, mining, and cargo loading equipment and dumpers for world-class manufacturers like Terex, Liebherr, Caterpillar and Atlas. 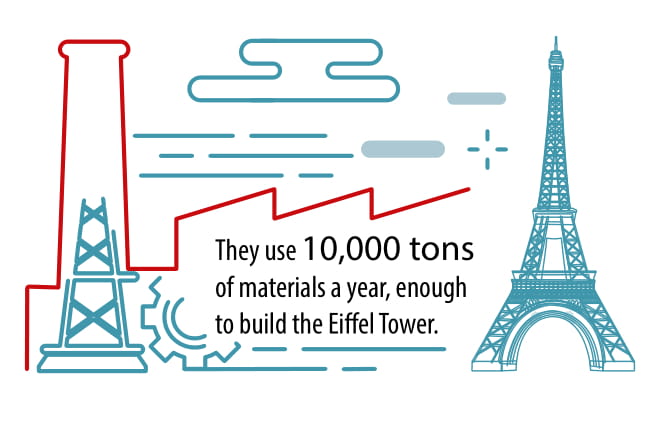 The biggest success story of the past years was the purchase of industrial welding robots and the transformation of the entire organisational and management structure at Verarbeiten Pausits Kft. “I would never have done it without my son, Valér”, says Imre Pausits.

Valér Pausits, the deputy general manager, got a degree in mechanical engineering in Győr, then he got a diploma as a welding engineer diploma too. He was an intern at the company already during his high school years and got to know everything about it. His father suggested getting to know all of their areas. He operated the cutting machines, worked in the welding workshop, the fitting department and in maintenance as well. His role seems to have been predestined, and indeed, he says that he never planned to do anything else. Since 2010, he has been working officially for the company. He started the reorganisation and upgrading of their operations with great ambition, a unique mindset and constant persistence.“I can always find something to develop and have changed a lot of things”, he says. They submitted their grant application in 2016 and have been using welding engines since 2017. This modernisation project helped the company eliminate their longstanding capacity problems, because welding had always been their bottleneck. “Now it is clear that the key to our future lies in a unique combination of efficient and flexible robotics that can produce excellent quality, in combination with the traditionally high level of metalworking expertise of our workforce. Our current development projects focus primarily on the application of increasingly automated technologies and the setting up of IT systems for their operation; thus, the deepening and increasingly widespread application of robot-robot and human-robot collaborations.”

They are also planning to buy more robots, although it is not easy to secure funds for a machine that costs EUR 500,000. Still, the soaring growth of the past two years would not have been possible without smart technologies and the necessary changes in approach and restructuring.

This plan is supported by their joining the Industry 4.0 Programme of the Ministry for Innovation and Technology, the Government’s Hungarian Multinationals programme, and the ELITE Programme of the Budapest Stock Exchange. They are just on the verge of making another HUF 2 billion equipment investment and are just about launch their parts production. Because they know from experience that there are not enough reliable suppliers on the market. Meanwhile, the company has launched an acquisition project and has already submitted the acquisition plan to its banks. If all works out according to plan, they could increase their turnover to more than HUF 10 billion and their headcount to over 200 in a few years.

The company’s activities have boosted the heavy industry in Hungary’s border region with Austria. They have created a lot of jobs in the region as well as attracted an increasing number of professionals from the farther regions of the country, thanks to the good working conditions, high wages and predictable career models. The chilled watermelon or ice cream the employees served on employees desks, in addition to the mandatory hydration drinks, during the hot summer tell a lot about the attitude of the owner and his son. Additionally, helping their closer community wherever they can is natural to them—such as the fence around the kindergarten in Halászi or any other metal structure in the village.