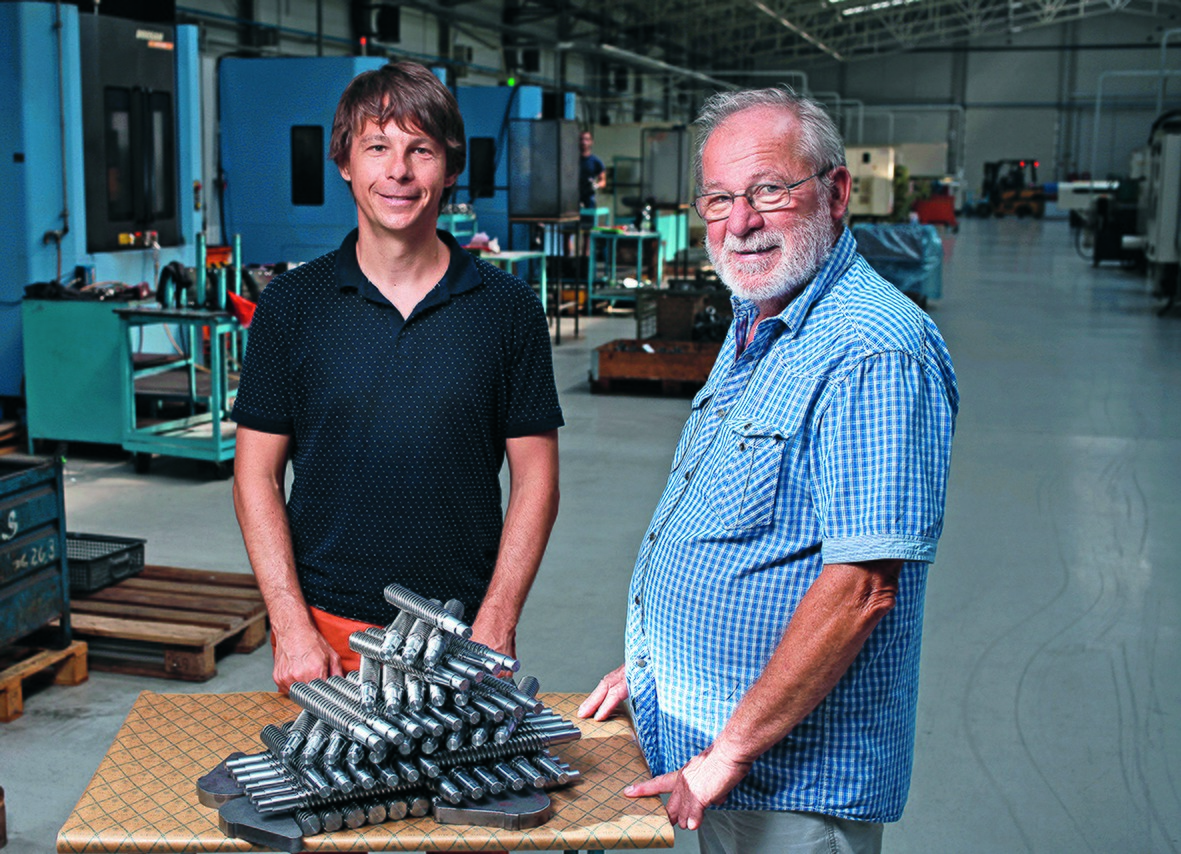 Almási Kft. increased its turnover by nearly one third between 2016 and 2018, and now this Mezőkövesd business plans to strengthen its international operations as well.

It was a bit of luck that helped Sándor Almási start up his own business. Back in 1982, he and a friend won a colour television as the grand prize at a lottery. They sold it and divided the money. Mr Almási used his HUF 15,000 to buy his first lathe. Before starting his own business, he had gained experience in many areas. For awhile, he worked disassembling cars, but by the time he bought the first lathe, he already had considerable turning experience. In the beginning, he mainly made bolt nuts. He started his second job with a traditional centre lathe, and his wife and children often helped him with his work. Of course, the metalworking business started modestly—in the garden of their home.

Business kicked in after the political changes in 1989-1990. Soon after founding Almási Kft., the manager bought his first CNC machine in 1992. “I had hardly any money, so I bought it on credit and borrowed from friends. Eventually I managed to get a great deal, and the turnover started to grow quickly afterwards”, he recalls. At the time, many sole entrepreneuships were appearing in Borsod County that helped connect multinational companies with local businesses. In the early 1990s, it was mostly through these agents that Almási Kft. got orders. They outgrew their space in his home only a year after purchasing the CNC machine, and thus they moved to a rented site.

Meanwhile, the market was changing. By the mid-1990s, the demands of international companies who were opening up in the region had pushed out the jobs that agents had offered until then. A large manufacturing plant of engine oil coolers, heat exchangers, exhaust gas coolers and intercoolers opened up in Mezőkövesd. This company started by granting minor projects to Almási Kft., but they were then so satisfied with their metal products that they started to order larger quantities and more varied projects. Meanwhile, Almási Kft. was continually increasing its capacities by purchasing new machinery—mostly on credit.

Cooperation with their next major client started in 2007. This was the year when a major German railway and truck brake systems manufacturer moved a part of its manufacturing operations from Spain to Hungary. The products they requested could only be manufactured through a special procedure called thread rolling. This special threading method involves cold transformation and produces fastening devices and parts that meet the strictest standards.

As Sándor Almási puts it, “anybody who has the money for it can buy a thread-rolling machine, but you need specialised skills to operate it”. Fortunately, this is the area in which he had obtained experience before the 1989-1990 regime change. It was thanks to this expertise that the German manufacturer has continued to count on them for their thread-rolling projects since 2007. “They pay between two and three thousand euros for each tool”, Mr Almási says. The business was running so well in the meantime that they first purchased the rented site, then built a new one. They set up a new manufacturing hall and office building on 5,000 square metres. Last year they made a major equipment purchase, buying ten modern CNC machines with the help of state subsidies. This deal brought the number of their metalworking machines up to 55. With their modern equipment, they can manufacture large products and deliver order quantities of up to one million.

The past years have also seen the start of intergenerational succession at the firm. The founder’s son, Sándor Almási Jr., joined the business in 2012. The firm’s success is illustrated by the turnover increase from HUF 1.1 bn in 2016 to HUF 1.4 bn in 2018.

Besides the manufacturing hall, the company also has a small shop. This shop also supplies parts for the renovation of the showcased machines in the Hajdú Ráfis János Museum of Agricultural Machinery.

As for their future plans, they will be focusing on client acquisition and diversification. While they already export a small portion of their products, they intend to strengthen their international presence and to increase their headcount for this purpose as well. They are primarily seeking to hire professionals with foreign language skills. As thread rolling is the activity that sets them apart from other metalworking businesses, they want to strengthen their presence in this industry in the years to come.