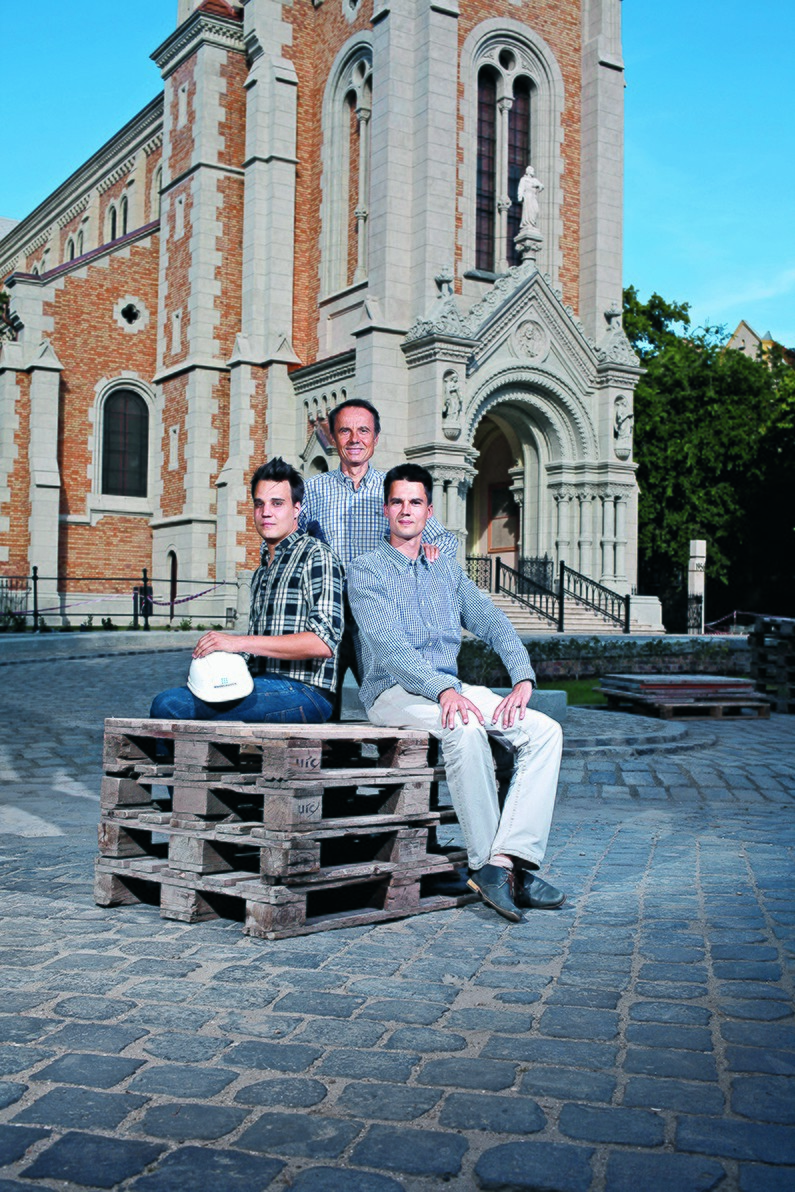 Confector, a general contractor, took the path less travelled when they chose to specialise in renovating historic buildings that require highly-skilled expertise. Their achievements over almost three decades since their foundation have proved them right. Their largest project so far was the renovation of the Carmelite building complex, a prominent building in the Budapest landscape.

Indeed, it is hardly possible to visit any part of Budapest without coming across a Confector project. They have recently finished the external restoration of the church on Bakáts Square, and another of their major projects was the complete renovation of the Budapest Piarist Centre on Ferenciek Square. This Budapest family business has also been involved in several church and castle reconstruction projects all over Hungary. Success is, however, not only measured in the five Prizes for High Quality Construction Achievement and other awards they have won for their work. All of that is based on an excellent team and carefully considered company development. They are also on track to hand over the reins to the next generation.

Attila Holman, one of the founders and the majority owner of the company, has been standing on his own two feet ever since he has had the chance. Right after the political changes in 1989-1990, he founded a general contracting business with his brother, László Holman, who became the lead foreman. They had firm foundations for business development because Atilla Holman had worked as a structural design engineer at Iparterv, the “state design workshop”.

The family comes from Nógrád County, in northern Hungary. It was in part thanks to their network there that the founder was able to recruit a reliable construction team, a “core” of foremen and construction workers that the company still holds in high regard. The market also favoured them because it was not short of architectural designs but contractors; there was nobody to build the designs. Their growth gained further momentum when their father, a master carpenter, joined the company as a foreman in the mid 1990s.

Their path was set, but they also were open to making adjustments whenever they deemed it necessary. For example, they gave up their original idea of building a construction company that would do everything on its own, without partners, simply because they would have been much more expensive than the many tiny architectural design studios with one or two partners working for bargain basement prices and subcontracting the construction projects. As they wanted to retain their skilled and loyal employees, they redesigned their strategy, setting their sights on even larger projects and relying on subcontractors as well. This gave them a competitive advantage because they had these multi-skilled craftsmen who, with their permanent teams, could solve problems others didn’t even know how to understand. Nowadays, if a project requires, they can easily expand their permanent team of 50 staff members to include another 300-400 workers, thanks to their subcontractors. 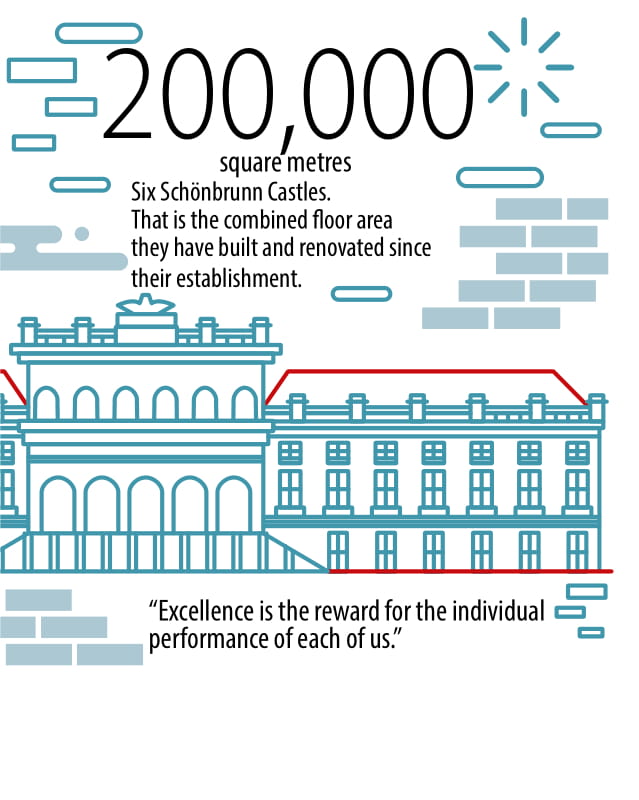 The 2008 financial crisis did not hit them as hard as it did most construction businesses working in “more conventional” fields. Attila Holman said that their specialisation in difficult and quality projects also implied an earlier adaption to stricter market requirements. Besides general contracting, they have also been manufacturing doors and windows since 1997. This business line suffered more from the crisis, because it primarily served retail customers, a clientele which shrank by two thirds at the time. But they did not panic. They rationalised and incentivised key personnel to boost sales.

As a family business built from own resources, they adopted a conservative financial policy right from the beginning, keeping profits in the company and reinvesting them. This allowed this business of nearly 30 years to not rely on any loans or leasing in its operations. This might still change however, as they are planning to launch a new business unit. Péter Holman, one of the sons of the founder and the controlling manager of the company, says that they will soon enter the field of property development, which might use other sources of funding as well.

When asked, Attila Holman couldn’t immediately answer the question as to what had been the toughest moment in the company’s existence. “Nothing is easy in the construction industry. People who can’t get used to that shouldn’t start working in it”, quipped the founder.

Meanwhile, their various projects continue to present new challenges. Currently, they are starting to renovate the portico (an open colonnaded area before the entrance) of the basilica in Esztergom, but they are also, for example, building a huge chicken farm project at the same time. The favourite project of Attila Holman, and the largest one the firm has had so far, was clearly the renovation of the Carmelite building complex for the Prime Minister’s Office. This multi-year “giga-project” used almost all their resources, but they learned a lot from it. “We had to turn a centuries-old dilapidated monastery into a 21th century building that represents the authority it houses, is equipped with modern functionalities, but still looks like an ancient white-walled monastery”, said Attila Holman, highlighting some of unique challenges of this project.

Many of the companies that were established around the time of Hungary’s regime change in 1989-1990 are now struggling with intergenerational succession, but Confector has already addressed this as well. Péter Holman, the founder’s oldest son, joined the company in January 2015. Despite having worked previously in the telecommunications industry and at consultancy firms, he had always wanted to be an entrepreneur. Ágoston Holman had a shorter career before joining the family business, having worked as a security technology engineer at a large construction business before joining Confector as a project manager. The division of tasks are clear, and there are no power struggles. The younger members know who is the boss; in exchange, the latter gives them freedom. Based on his own experience, Holman believes that people who are told what to do will never become good entrepreneurs, only those who wake up every morning and figure how to make themselves useful that day.