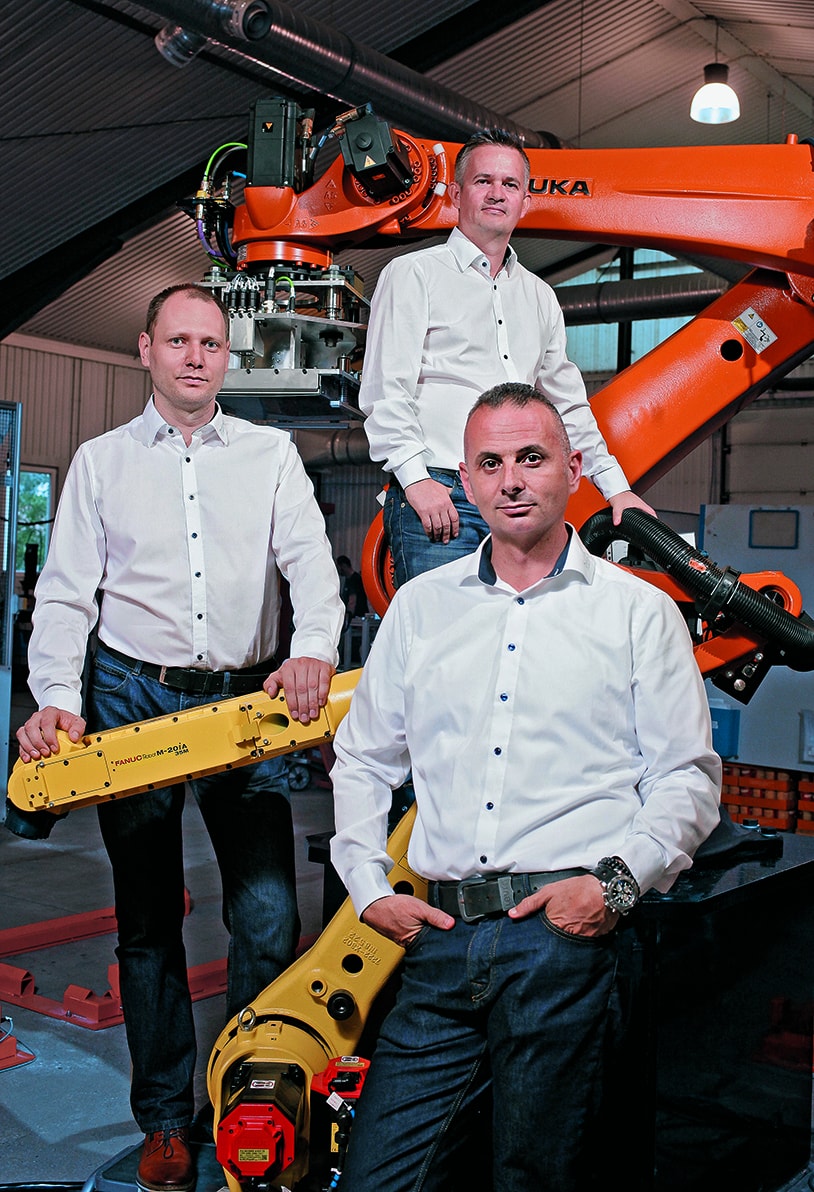 A close-knit team got a loan for HUF 500,000: this is how Robot-X Kft. started 13 years ago on the second floor of a Budapest housing estate. Robot-X has since become one of the biggest robot-integration companies in Hungary.

Robot-X in Sződ, a village north of Budapest, has 140 employees and is a true “robotics workshop”. They not only offer industrial automation solutions to the biggest manufacturing companies, but also provide robot-operation and robot-programming courses in their R&D and training centre in Budapest that opened last year—filling a huge gap in the market. Their figures are also impressive: their turnover will be close to HUF 4 billion this year, and they are also planning to build a new site. The “X-factor” has proven to be good for them—already in their early stages, they distinguished themselves on the market with in-house developments and innovative ideas.

Besides hard work, it also took luck, willpower and social capital for Robot-X’s lift-off in 2006. They started during the economic upswing before the 2008 financial crisis and bought their first equipment from the aforementioned loan. Additionally, recognising market opportunities, they managed to buy robotic arms for a discount price and longer-than-usual payment terms from one of the robot manufacturers which was about to expand into Hungary. The fact that the owners—István Mészáros, Gábor Kovács, Gergely Lőrincz—had worked together as a team at an automation company before establishing Robot-X was also an advantage.

Given the degree of development of robotisation in Hungary at the time, they proceeded slowly and started with machines for simpler tasks. Later, they added peripherals such as feeders and grippers, and this was also the time they started to expand their special machinery line, recalls István Mészáros. The world has changed a lot over the last decade. Nowadays, it is quite common that customers order not only industrial robots that work extremely quickly behind protective safety railings, lifting even massive weights easily, but also the “rock stars” of robotics, the so-called collaborative machines that can cooperate with humans. These have so many and such advanced sensors that they can ensure safe collaborations between robots and humans on production lines.

They also supply a wide range of industries. Initially, they sold robotics solutions to aluminium foundries and found a niche market to supply bigger metallurgical operations and the automotive industry. The automotive industry has since then become their biggest client base, generating 85% of their revenues. This however does not mean a lack of diversification, because they can separate them into two categories: automotive suppliers using future technologies (primarily electric cars) from those who order technologies that might become obsolete in the medium run, such as certain engine parts, stressed István Mészáros. They are also open towards other industries besides the automotive industry. They would like to increase their share of clients in the food industry, and agricultural robotics is also a promising field—although the breakthrough in such agricultural equipment is still yet to come in Hungary.

A typical Robot-X project begins with mechanical and electrical designing, then they simulate the given task for the customer. This is followed by the manufacturing, assembly, and programming processes. They have been manufacturing since the beginning and make various custom parts and tools so that they can better respond to customer need. They buy the robots from leading global manufacturers; but these robots are still virtually useless at this stage. Their designers have to create the best gripper for the given purpose, which they then attach to a robotic arm and fit the robotic cell with sensors and other smart devices and solutions.

In addition to hardware, they also invest a lot of energy in software development to meet Industry 4.0 digitalisation needs. They expect that their manufacturing and diagnostics data processing and interpreting solution that can be used in any industry and with any widespread robot type universally will reach a breakthrough this year. This production-support software can provide important information for making manufacturing processes more efficient, but also for strategic decisions. By analysing data provided by the robots and controllers, operational performance analytics can predict malfunctions and unexpected breakdowns, eliminate manufacturing defects, and categorise discards and scrap products. 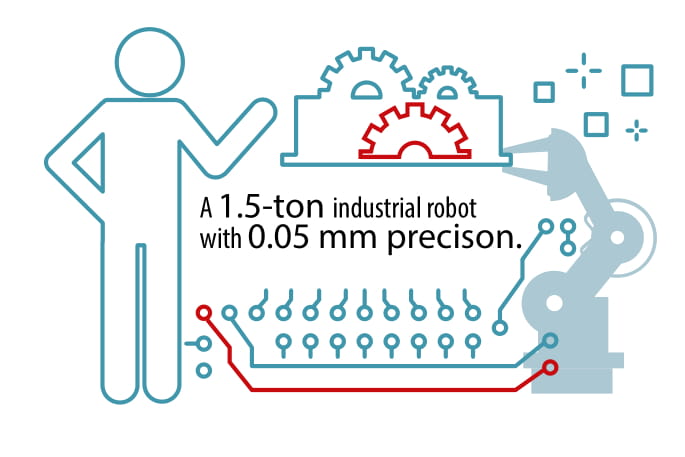 After years of almost continuous growth, they reached HUF 3.3 billion in revenues in 2018, which they expect to level up with double-digit growth to HUF 3.8 billion this year, says CFO Csaba Tarpataki. One of their best years was during the 2008 financial crisis, in 2008, when they tripled their turnover—because the crisis kicked off a wave of robotisation in Hungary. Less orders meant that factories had to lay off many employees and they also realised that with robots, all they had to do is switch them off. The current labour shortage still presents a serious obstacle to the development of many companies, meaning that with regards to robotisation, the sky is the limit. Moreover, technological development does not steal jobs, but merely replaces the nonexistent workforce, said István Mészáros.

Since most young professionals graduating from university lack the necessary practical skills to handle high-value robots, the company starts by training new hires before they can work with their technology. An obvious area was offering training to “outsiders”. There is a great need for it, because robot programming is not something that you can learn from a textbook, and there are few opportunities in Hungary to learn the relevant practical skills. An additional difficulty is that manufacturers use different programming languages. They regularly organise robot-programming courses which are open to companies and, owing to the increasing interest, to individuals as well. Their Budapest training centre has been running for two years, and hundreds have completed its Robot-X trainings.

In addition to the trainings, their internship and mentoring programmes are also extremely important to them, underlined Nikolett Kis, Marketing Manager. They have been supporting Hungary’s biggest PLC-programming student competition for years and are open to cooperating with educational institutions of various levels. They also support local initiatives and are involved in the organisation of the village fair in Sződ, running competitions for children, and blood drives. Moreover, they also organise presentations and school field trip visits to their manufacturing facilities. In addition to organising industrial automation workshops, they also pay special attention to in-house knowledge sharing. The best examples for this are the project-closing events to present the various phases required to make certain equipment, along with the main challenges encountered and how these were solved at the end of each project. These events are popular among staff, because they can learn about the entire project process, that is, how an idea becomes a complete robotic cell, said the marketing manager.

Just like the industry’s, Robot-X’s future is also bright: they want to expand, physically as well. Their medium-term plans include building a new site, because the relatively big distances between their functional units make communications difficult. They want to have these units at the same place to make their processes more efficient. Their ambitions are well illustrated by their current search for an easily expandable location, because they have outgrown their current site in a few years. Given the pace of technological development, it is also quite possible that Robot-X robots will help build the new plant.