The BÉT Legek (Best of BSE 2017) Awards Gala is one of the key events for the Hungarian capital market, which this year recognised outstanding performances on the stock exchange in 2017 in 13 categories, based on market performance and the decision of a professional panel. This year also saw the BSE introduce three new categories, give out a lifetime achievement award, and also give the public the opportunity to weigh in and vote for the “Domestic Stock Trading Platform of the Year” through the BSE website.

At the “Best of BSE” Gala (which has a history spanning 20 years), one of the top events of the domestic stock market, the Budapest Stock Exchange, presents awards for the most outstanding achievements of the previous year in the capital market. At Thursday’s awards ceremony, winners were announced in 13 categories on the basis of their performance in 2017.

The award for the development of the Hungarian capital market was given to Richter Gedeon Nyrt. Chairman Erik Bogsch by Márton Nagy, Deputy Governor of the Magyar Nemzeti Bank [National Bank of Hungary], the majority shareholder of the Exchange. Upon handing out the award, Márton Nagy said:

International competitiveness, innovation and developing healthcare are the keys to the growth of the national economy. Very few market players have done as much to accomplish these goals as Richter Gedeon and Erik Bogsch, the man who has led the company as CEO for 25 years.

Richárd Végh, Chairman-CEO of the BSE, added the following regarding the lifetime achievement award:

Richter Gedeon is one of the key players in the Hungarian capital market. The stock of the company, with a market capitalisation of nearly HUF 1,200 billion, is the third largest-weight equity in the BUX basket, and generated a turnover of HUF 480 billion last year. The company was floated on the Budapest Stock Exchange more than 23 years ago, in November 1994, and the initial price of HUF 176 has since risen to above 6,700. Thanks to its exemplary operation as well as its transparency – always considered a point of reference among listed companies – Richter has always been one of the most popular stocks for both domestic and international investors, and Erik Bogsch played a crucial role in establishing this confidence.

One of the returning categories this year was the Issuer Transparency award. The award for the Most Transparently Operating Public Company in 2017 was given out by the Exchange on the basis of the opinions of professional Hungarian investors, with a survey conducted by Portfolio.hu among members of the Association of Hungarian Investment Fund and Asset Management Companies (BAMOSZ).

Related to this category, in essence as a new element, is the Special Mid-Cap Issuer Transparency award, through which the Stock Exchange Advisory Board wished to recognise the medium-sized company which, through the further and continuous enhancement of its internal-external processes, disclosure credibility and the quality of its reports, placed great emphasis on establishing the most transparent operation possible as a publicly traded company.

In addition to being one of the new Best of BSE categories, the award for the Domestic Stock Trading Platform of the Year is also special in that users themselves were given the opportunity to vote for the online trading platform they consider to be the best. 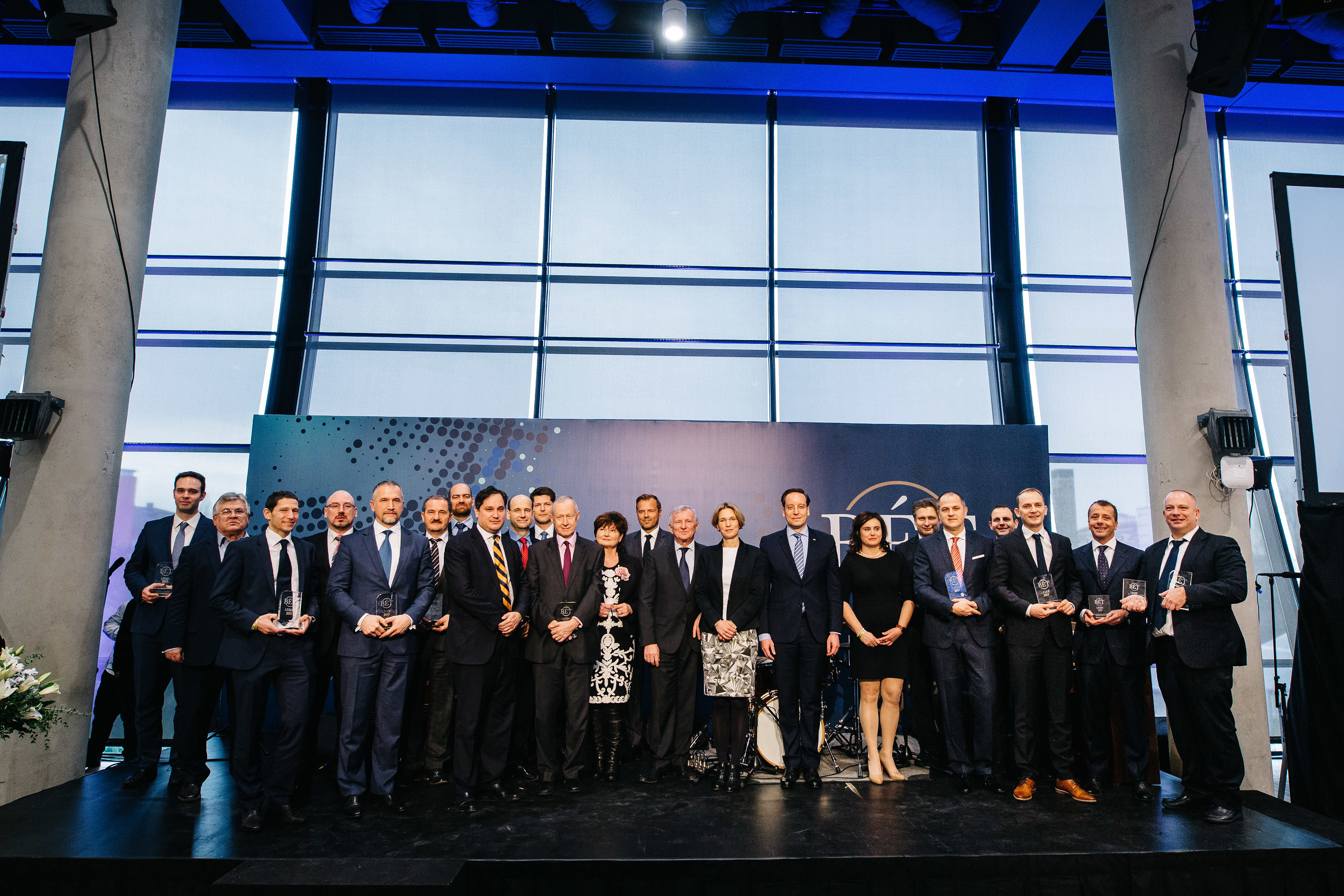 The Best of BSE award ceremony was sponsored by the KELER Group.

The winners of nine categories were selected on the basis of a quantitative methodology, while for the other categories a panel consisting of members of the Stock Exchange Advisory Board selected winners based on the entries or online votes received.

About the “BÉT Legek” (Best of BSE) Awards

For nearly twenty years, the Budapest Stock Exchange has held an annual ceremony, the “BÉT Legek” (Best of BSE) Gala, to recognise the best performances of the domestic capital market. A professional panel of capital market experts decides on award recipients, determining category winners based on entries received or turnover data.

While for most of the categories, winners are selected on the basis of a quantitative methodology, in the case of the category for Domestic Stock Trading Platform of the Year, a panel consisting of members of the Stock Exchange Advisory Board chose the winner after evaluating the entries received and on the basis of user ratings.

The nominees in competition for the title of Best Online Trading Platform were as follows:

Users could vote for the Domestic Stock Trading Platform of the Year on the BSE website after initial registration. The trading systems listed were evaluated using a scale of 1 to 5. As an added incentive, users participating in the vote were randomly given exciting prizes by the BSE, including three Tesla test-drives. These evaluations are also of great assistance to the owners of the participating digital platforms, as user feedback can guide further development. 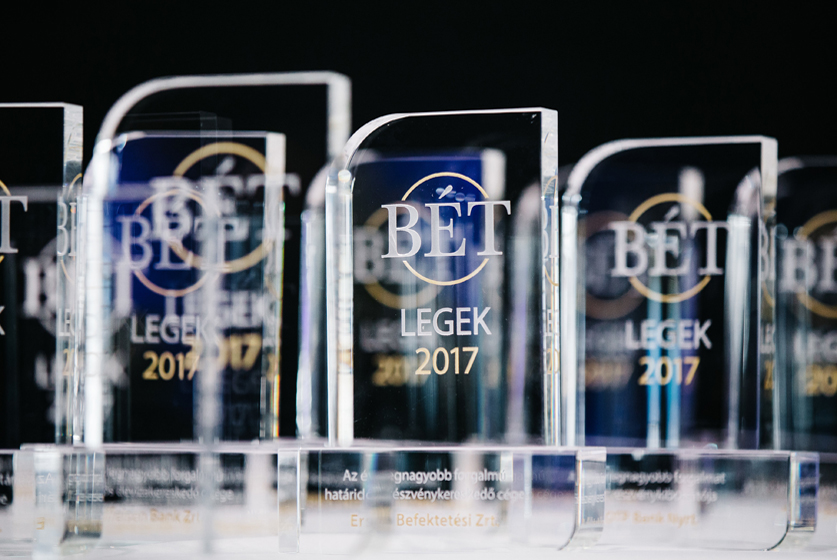 For the Issuer Transparency Award, the Budapest Stock Exchange gives the award based on the survey conducted by Portfolio.hu among members of BAMOSZ. For this new/old category, experts rated the best exchange-traded companies based on five criteria, using a scale of 1 to 10 (1 being the worst and 10 the best):

The Budapest Stock Exchange holds two priority events each year. The first is the birthday of the Exchange in June, where together with the representatives of issuers on the Hungarian trading floor, exchange members and key partners, the Budapest Stock Exchange celebrates the anniversary of its reopening on 21 June 1990 after decades of involuntary hiatus. The other is the Best of the BSE Awards Gala, where the Exchange recognises outstanding results of the previous year. By giving out the awards at the Best of BSE Gala to kick off the year, the BSE evaluates the preceding year and ceremonially launches the next. The Awards Gala for 2017 was held on 18 January 2018, which also marks the anniversary of the launch of the Hungarian Exchange back in 1864.