The Stock Exchange has been situated in seven different buildings since its establishment. 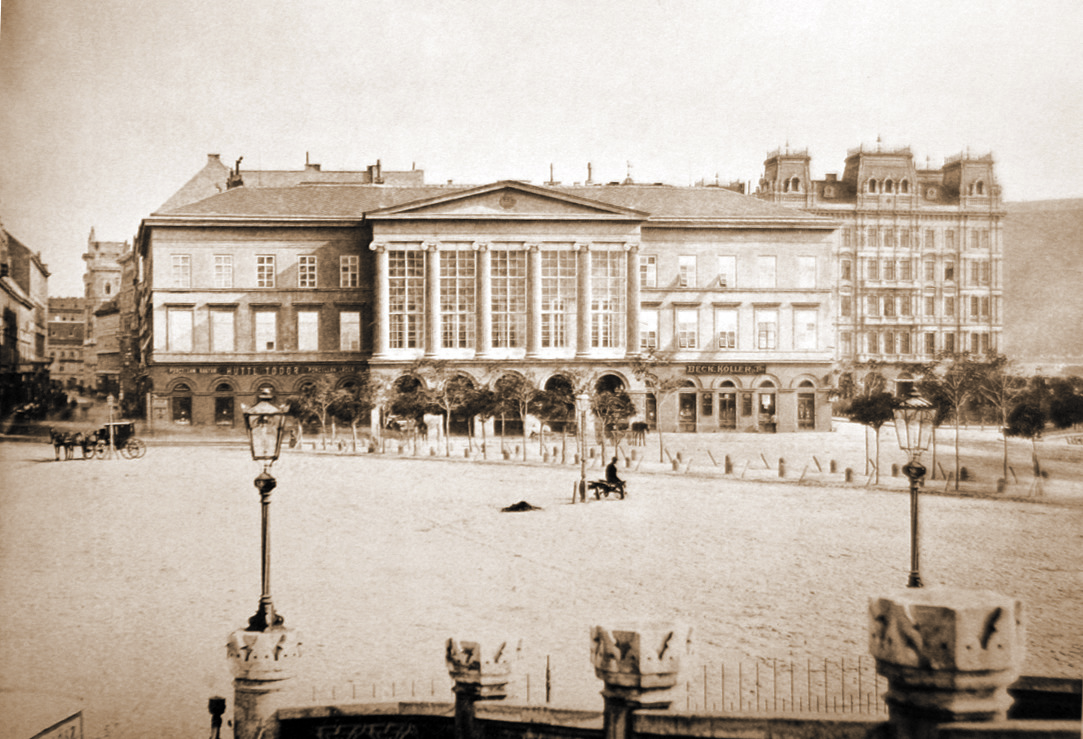 The Lloyd Mansion was the first home of the Exchange. The neo-classical palace built according to József Hild’s plans was one of the most beautiful buildings of 19th-century Pest. The main facade, with a five-bay central risalit and two five-bay wings presented a dignified and harmonious sight. The middle part of the building, rounded off by a tympanum, is flanked by two thin Ionic columns spanning two stories. Ever since the exchange was founded, its members always inspired for an independent and separate building.

The new headquarter was jointly built by BCSE and the Lloyd Association on the corner of Wurm and Mária Valéria Street (Budapest, 5th district, today Szende Pál and Apáczai Csere János Street from 1873 to 1905). The decorated mansion carried a number of gold-painted sculptures of Mercury on the top. 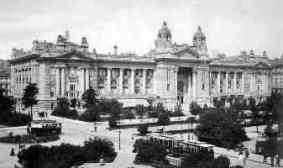 From the point of view of Budapest’s architectural history, the greatest achievement of the old BCSE was its mansion building at Szabadság square (Budapest, 5th district, Szabadság Square from 1905 until the exchange was shut down on 25 May 1948). The Stock Exchange Palace was designed by Ignác Alpár. The palace was 145 meters long and 41-61 meters wide, and was the largest building of its kind in Europe. The arched entranceway was adorned by two neo-renaissance towers with lions and a tympanum. On that Hephaestus and Mercury, the gods of commerce and industry, were seated. The facade is made of limestone from Süttő and Sóskút, and the lobby is covered in marble and granite. The Grünwald brothers and Miksa Schiffer’s company were the contractors; the decoration was made by the craftsmen of the Steindl Guild; Ignác Langer was the decorative sculptor, Béla Seenger and József Kauser were the stonemasons, and the majolica ornaments were prepared by the Zsolnay Factory. 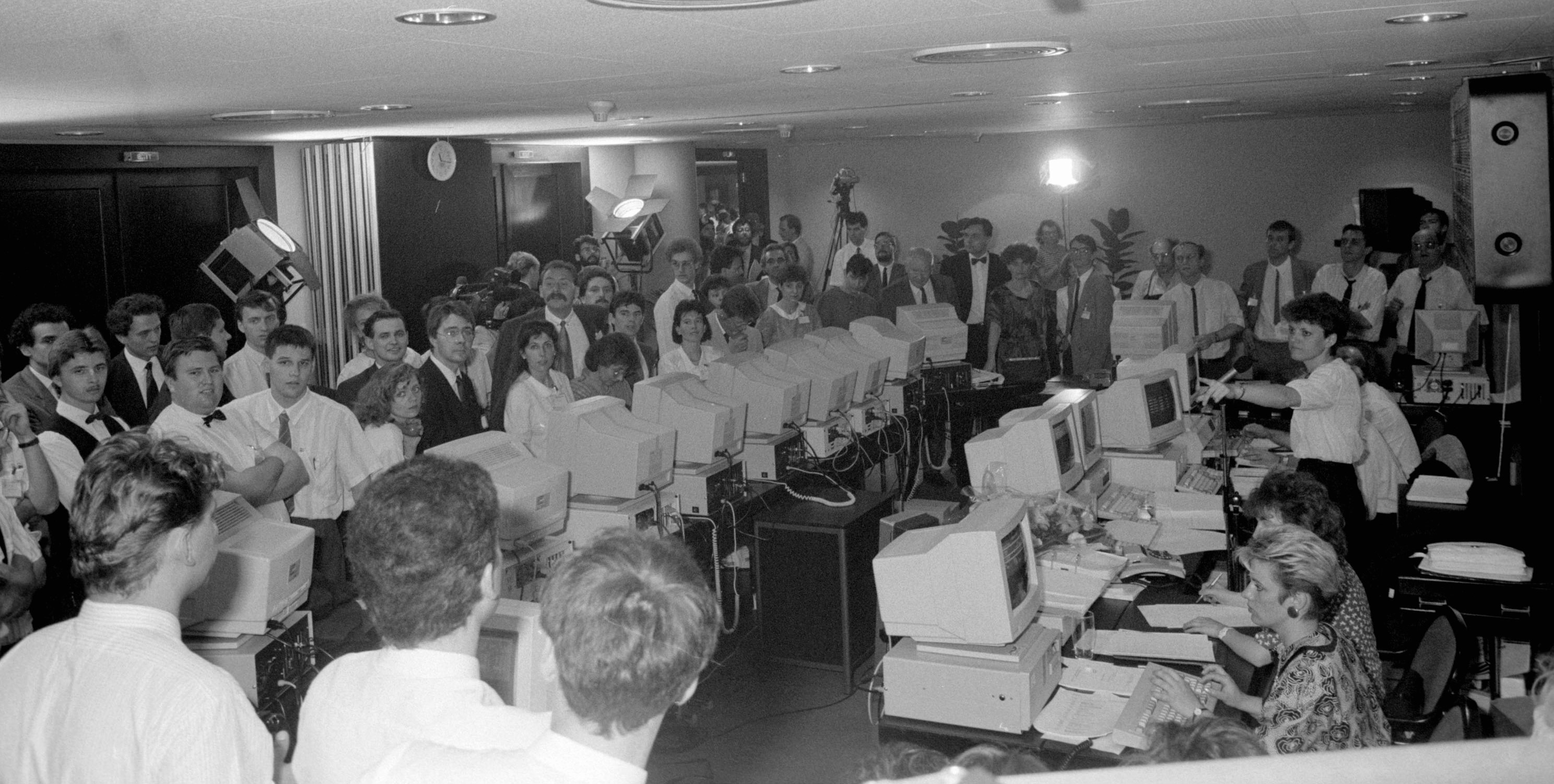 After its reopening BSE commenced its operation in an 80-square-metre, windowless hall on the first floor in the International Trading Centre in Váci Street. 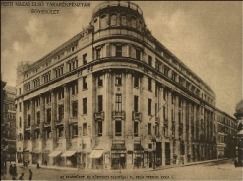 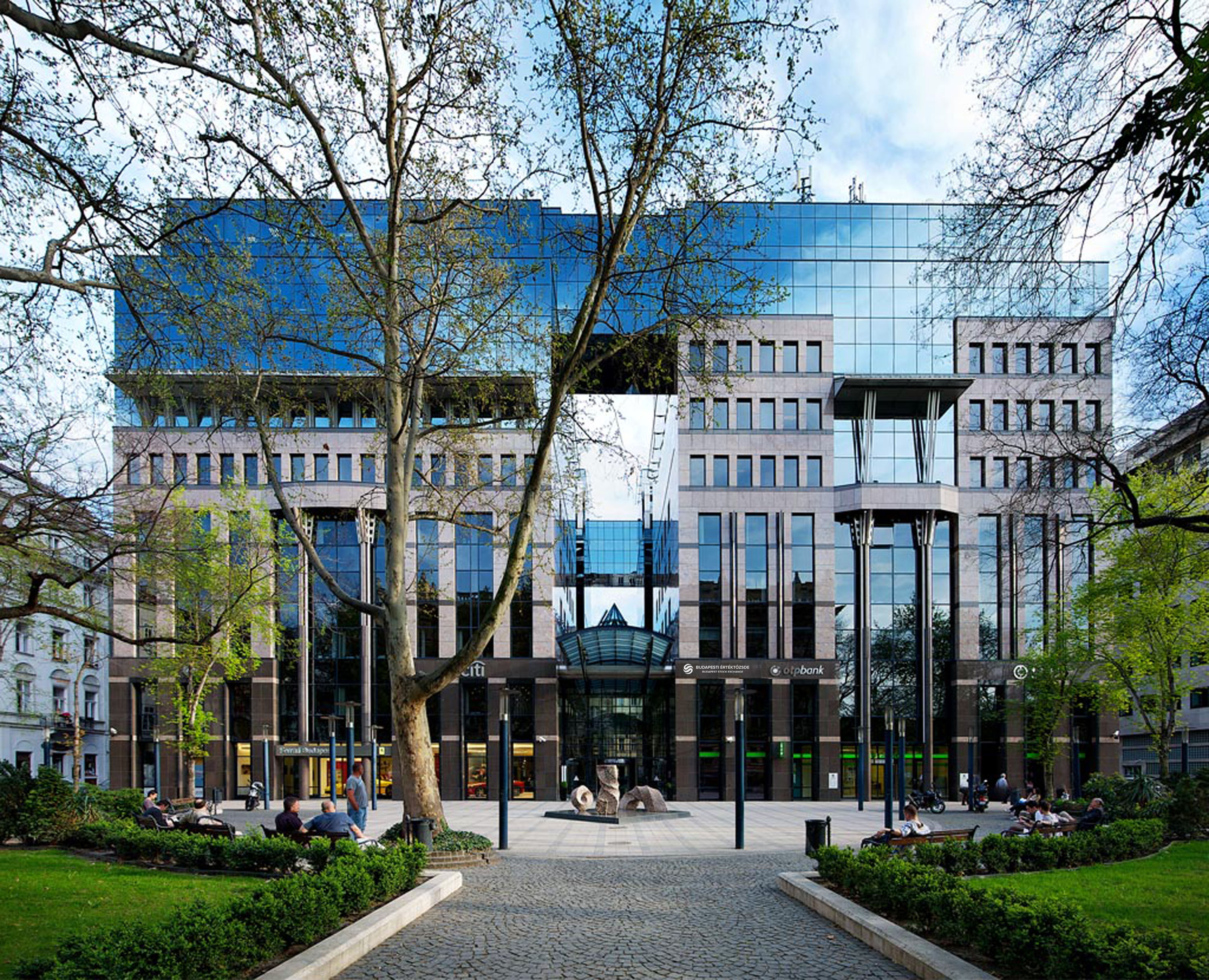 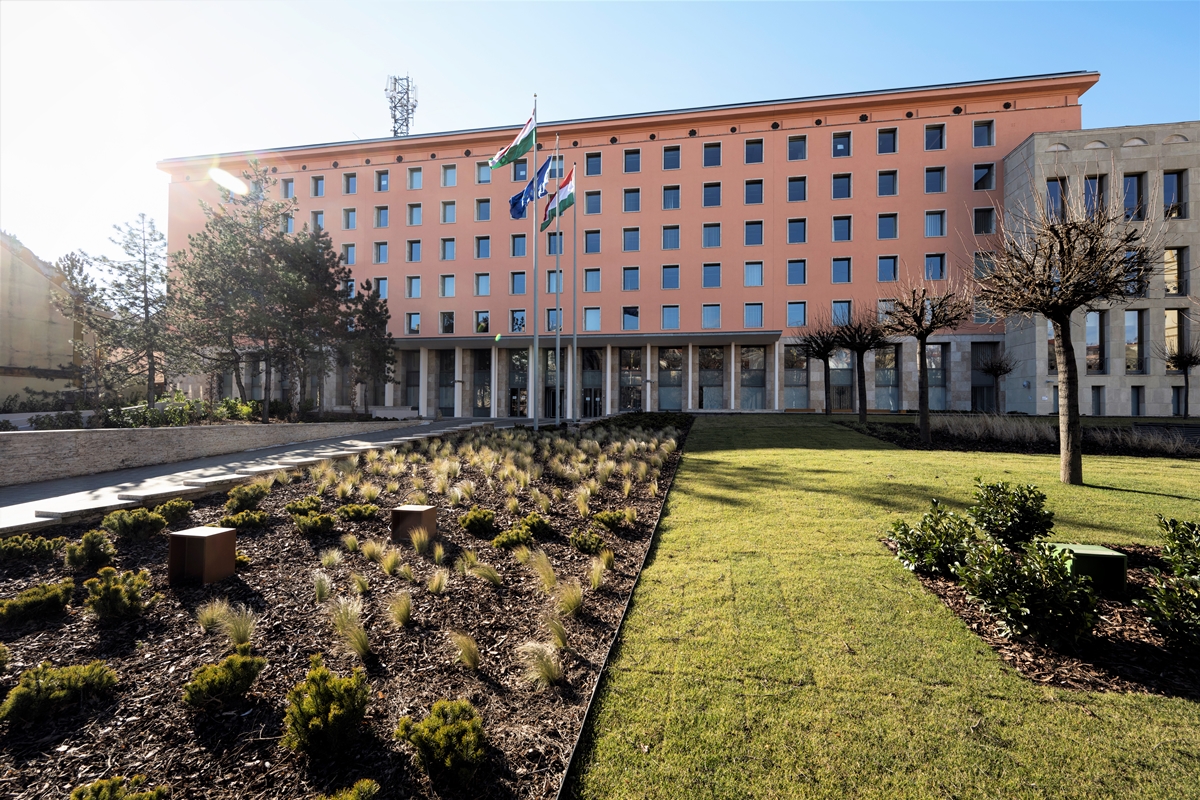 In February 2022, the Budapest Stock Exchange moved to its eighth headquarters in a row, the former Matáv and later Telekom headquarters at 55 Krisztina boulevard in the 1st district. Its monumental predecessor was built between 1853 and 1856 to the design of József Pán. Known as the Karátsonyi Palace in the 19th century, the building was demolished in 1938 and finally, after several renovations, it was rebuilt in 1999 to the design of YBL award-winning architect Mihály Balázs.