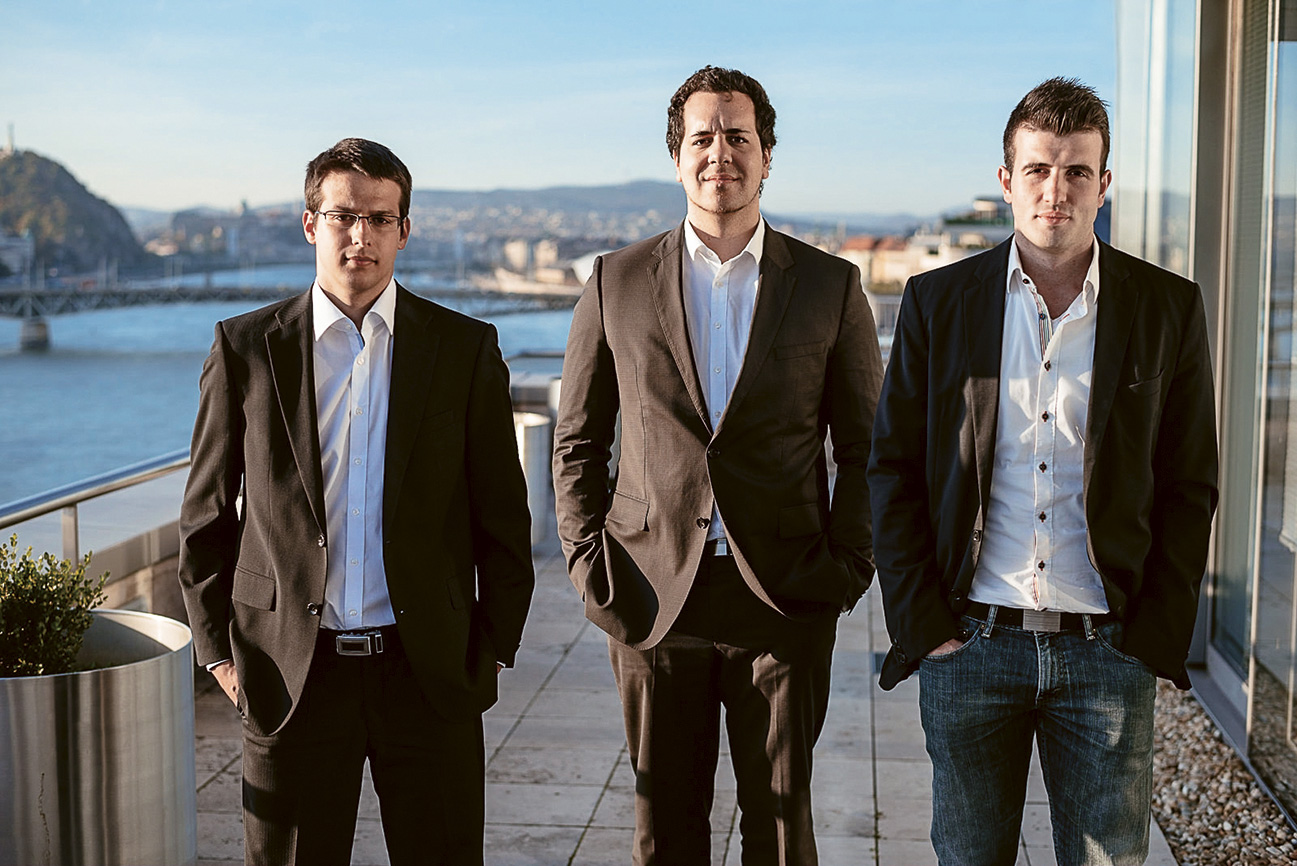 The encrypted cloud storage provider from Hungary is competing with international giants. The company has already received a venture capital investment of almost 5 million euros.

Starting out as a hobby project of university students three years ago, Tresorit has evolved into a software house with 57 employees, which operates a Swiss administrative centre supplying more than 100 thousand users and over 10 thousand corporate customers worldwide. With their solution, any ﬁ le can be securely stored in a remote storage with end-to-end encryption. ‘In two successive rounds, we have received a capital of 4.7 million euros from a group led by Euroventures, but we still have a long way to go if we want to catch up with our main competitors,’ says György Szilágyi, 27-year-old co-founder who is presently in charge of the coordination of a team of 30 software engineers.

Their major competitors include Dropbox and Box. What makes them different from these two strong global players and a dozen similar international solutions? Security. The user’s data is only accessible by means of a so called master key. If the master key is lost, there is no way back, for in the absence of the key, Tresorit will see nothing more than a set of unintelligible information. Recovery of lost data is only possible in the corporate version for a person duly authorised by the client. It was nearly two years ago that the company started to focus on this speciﬁc segment which has a high purchasing power, concentrating almost all its resources for this purpose. At the same time, what is probably the world’s most user-friendly encrypted ﬁ le storage system, now running its third generation, remains available for the ordinary user.

Since more than two thirds of the total revenue derives from Swiss, US, German and British customers, a large part of the turnover is realised by the Swiss company (rather than the Hungarian one). The exact amount is a business secret, but it is somewhere around a couple of million euros. Stable operation at cash-ﬂ ow level also allows for a third focus area. Tresorit offers its special encryption algorithm as a kind of an outsourced service. Several SMEs – including medical and ﬁ ancial providers and legal advisers – domiciled in Boston and New York City have shown interest in the solution.