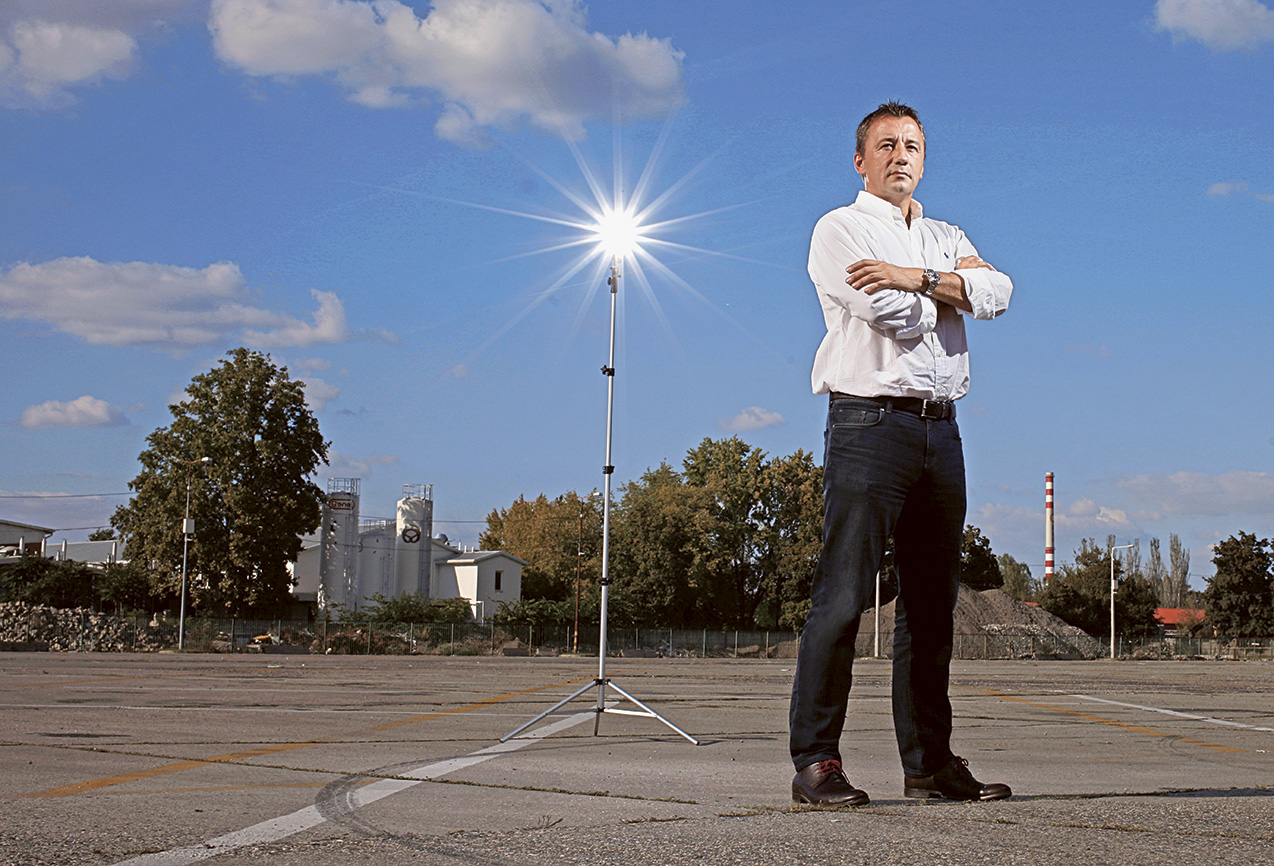 The logistics group which has achieved a high rate of added value in a well chosen niche market, is contemplating the option to list within 5 years’.

Ten years ago, Bálint Révész had to make a decision which would fundamentally shape the future of the enterprise. Starting out as a private hauler, the businessman has seen his company, Révész Eurotrans Kft. evolve into one of the leading players in the sector. But it was reaching a point where a decision had to be made about how to progress in the future. Should he keep on building the tilt-trailer transport business – which formed the backbone of the company at the time, but made only modest profits - or should he instead focus on a sector yielding a much higher added value? The founder chose the latter option, subsequently selling most of its fleet to Waberer’s. The decision was initiated by dr. Zsolt Székely who had joined the company’s management just a year before. Having got to know Bálint Révész, issues concerning the company’s management often came up during their discussions, to which he always eagerly contributed with his ideas and proposals. ‘Bálint was fully aware that a group of this size could not be controlled by the good old ways of hands-on management,’ says the CEO, who soon reached an agreement with the founder. A division of duties between the two professionals was quickly agreed: Bálint Révész is in charge of professional matters relating to logistics, while dr. Zsolt Székely attends to everything else, including portfolio management, finance, legal affairs, property development, etc.

As CEO, dr. Zsolt Székely is also in charge of the strategy and that is how the above dilemma came into focus. The CEO was expecting an economic downturn and envisaged that companies of the size of Révész in the tilt-trailer haulage business with might become particularly vulnerable at times of financial hardship. (Most lorries on the road have tilt-trailers, typically transporting palletised goods.) Therefore, he proposed that the company should focus fully on a special branch, which had been formed in 1996 when the company acquired TVK’s transportation division. Ten years later, they had a fleet of around 80 lorries suited to transport hazardous goods. Dr. Zsolt Székely regarded this as a niche market less prone to crisis, since higher professional standards generally tend to attract fewer players and greater added value.

Time has proven him right; the company now owns approximately 400 tanker and silo trailers which are suitable for the transport of liquids, gases and various bulk goods. They are the market leaders within the CEE region and are among the top five European companies in this specific field. Their customers mostly include large chemical companies such as BASF, BorsodChem, Michelin, MOL Group and Total. In view of the customers’ growing demand for complex services in the post-crisis years, the group also restarted its tilt-transport business five years ago by acquiring Lerton Trans Kft. This company which has 130 lorries, is also engaged in a range of transport activities and generates a handsome profit by itself. The companies are integrated under the corporate hub of Révész Logisztikai Holding Zrt.

Another significant activity of the group is warehouse logistics. This has its roots in an order placed by Michelin for the construction of such a facility. This activity has evolved into a division which generates revenues of 2.5 billion forints and operates on a total area of 90 thousand square metres, two thirds of which is owned by the group. In September, the company laid the cornerstone of a new facility with an area of 50 thousand square metres in Nyíregyháza, which requires a capital expenditure of around 9 billion forints. In addition to the French tyre manufacturer, the unit will also accommodate LEGO, another key account of Révész within the logistics business.

This brand new development is subsidised by the government, but otherwise the group typically uses bank financing. However they make sure to use such facilities only moderately; the ratio of net debt to turnover scarcely reaches 4 percent. According to dr. Zsolt Székely, the group’s growth has never suffered from a limit of financing, therefore their ambition for a possible listing is motivated purely by their desire to provide a higher level of transparency and hence build the company’s goodwill, rather than financial considerations. This listing is likely to occur within the course of the next five years. In the meanwhile, they aspire to maintain their growth – last year’s drop in revenues was primarily caused by falling fuel prices (which is a flow-through item as it also reflects lower fuel costs) – in an organic fashion, and by way of domestic and international acquisitions.