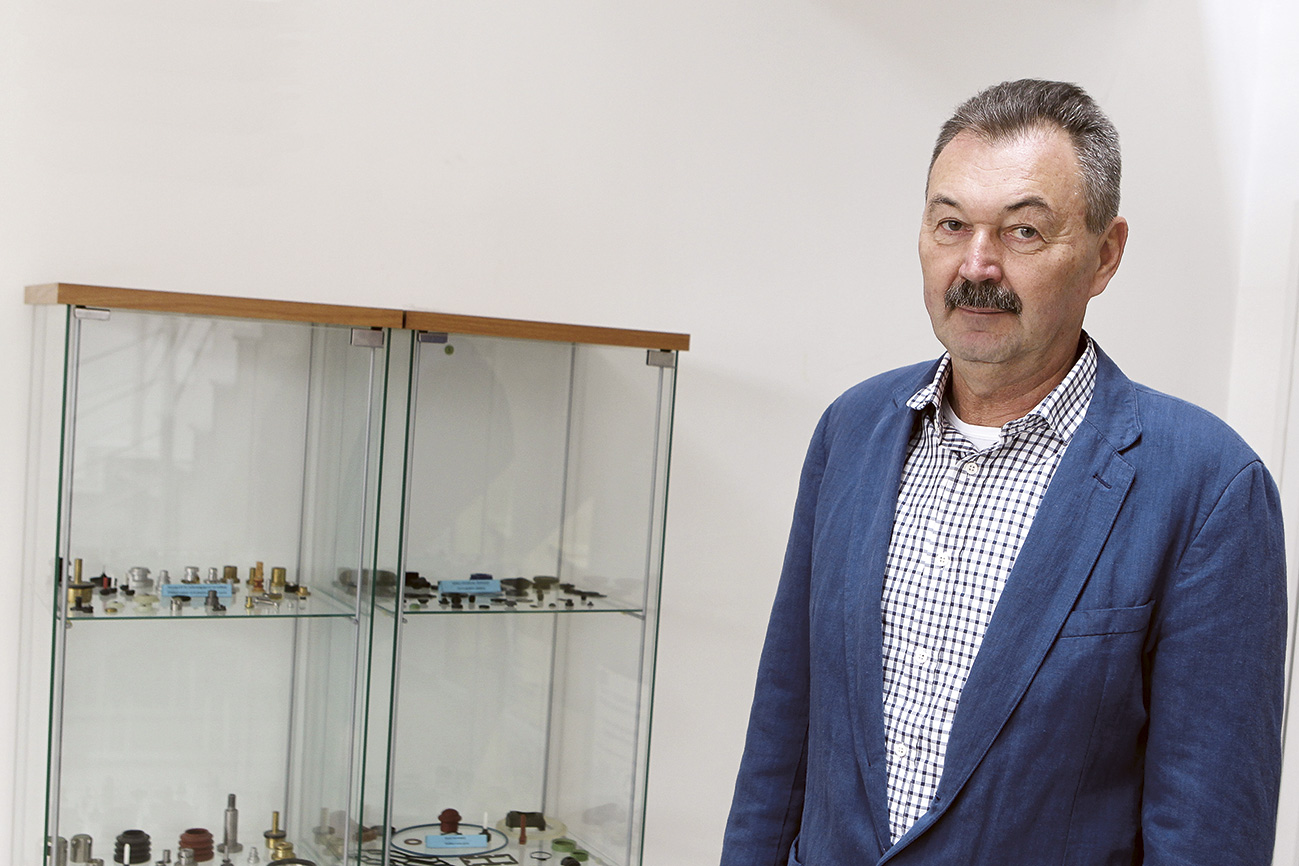 Having identified a market gap, Mátyás Kókai used the garage of his father-in-law to set up his business dealing with rubber seal manufacturing. The company has evolved into an internationally known supplier in the meantime.

The chemical engineer Mátyás Kókai opened his engineering firm with four partners in 1982, which started operation as a business enterprise (the predecessor of the limited liability company before the regime change in Hungary). They designed solventrecovering distillation systems and dust abatement equipment necessary for technological processes of large enterprises. In the meantime, they realised that the Cocom-list applicable to socialist Hungary during the cold war, prohibiting the import of topnotch technologies that could be used also for military purposes, inflicted severe hardship on their business partners. Due to the embargo, nobody could import key products or raw materials of any quality whatsoever, albeit the industry was in dire need of perfectly leakproof, heat- and cold-resistant rubber sealings and a number of other special-purpose rubber products.

Mátyás Kókai and his partners realised the business opportunity, and in 1985 they started the production of rubber coatings, with a single piece of equipment, in his father-in-law’s garage in Városlőd. They used the money earned from design activities for investments. The entrepreneurs bought another two machines in the following year, but the garage was already so crowded that they had to move the rapidly growing business to the warehouse of a nearby children’s camp. Their engineering intuition turned out to be right: there was an industrialscale demand for special rubber sealings. Tap manufacturer Mofém was their first large customer, followed by FÉG (Hungarian armoury and gas appliance producer), the Budaörsbased Ipari Szerelvény- és Gépgyár (producing industrial fittings and machinery), and then Kismotor- és Gépgyár (engine and machinery plant). The business experienced such a rush that Mátyás Kókai had no time for design activities. Therefore, he left the engineering firm and founded Kókai Tömítéstechnikai Kft. For the new rubber plant, the company purchased a property of 10 thousand square metres (later extended by 50 percent) in Atlantis Ipari Park, Ajka. Production and research is carried out in three facilities stretching over an area of 8,000 square metres. Following the first two rounds of capacity expansion, last year saw the construction of the company’s research and development centre requiring a capital expenditure of one billion forints. The centre accommodates measurement and test equipment, as well as two laboratories for analysis. Quality, according to Mátyás Kókai, is “beyond question”. A company which is unable to fulfil the relevant requirements is not eligible to be a supplier. It is impossible to fruitfully wage a price war with Western European rubber plants, unless a company applies machinery and equipment of cutting-edge technology as well as the highest degree of efficiency.

Companies used to derive a major benefit from the relatively cheap domestic workforce for a long time, but the economically inevitable influx of multinational companies in the Hungarian market has resulted in employees leaving the SMEs for better paid jobs at larger players. Mátyás Kókai believes that this issue should be promptly remedied by providing a selective tax relief scheme for small-size enterprises. Namely, wage increases are beginning to have an adverse impact on the company’s competitiveness, for Kókai Kft. is engaged in a highly manpower-intensive and value-adding industry. They make attempts to counter this problem with efficiency, flexibility and an extremely lean organisational structure – even lacking an administration office. To further improve competitiveness this year, the company’s current range of rubber, rubber-metal, rubberplastic as well as composite products is going to be extended by much soughtafter fabric-insert models made of fibre-reinforced materials.

‘Our long-term growth is ensured,’ emphasizes Mátyás Kókai. What he refers to is that the Ajka-based company, taking orders from about fifty customers in 15 countries, has already signed supply contracts until 2020 with large international partners such as Festo, Bosch, KnorrBremse and Aventics. The company, standing on solid fundamentals, is jointly owned by Mátyás Kókai and his wife. Now, they aspire to increase their turnover from today’s roughly 15 million euros to at least 20 million euros by 2020. The founder identifies vast opportunities for prospective growth; however the company’s present equity would be insufficient for the necessary capital expenditures and as such the founder continues to rely on project funding.