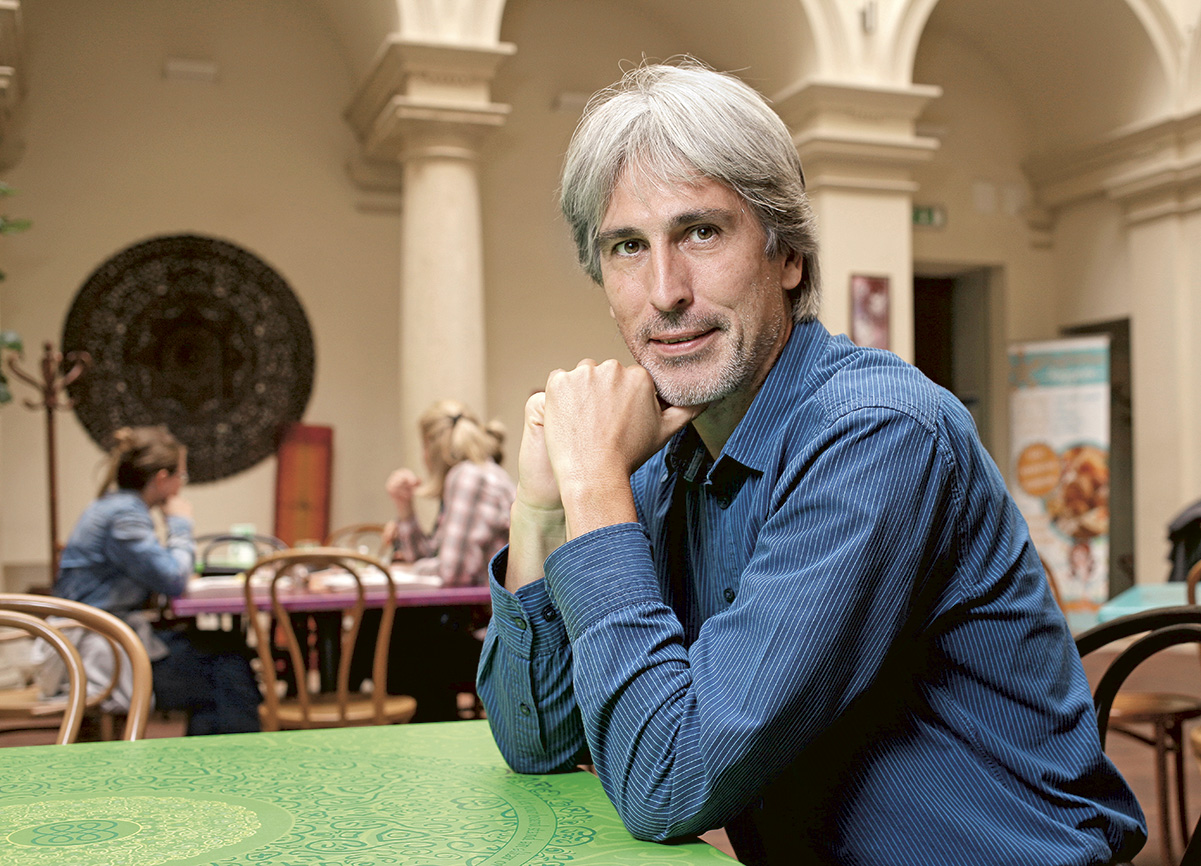 Zsolt Fáy, Chairman of the Board

The first Hungarian community bank has a quite unusual story. Former savings cooperative HBWnot only has survived the turmoil of change, but emerged as a stronger player leaving bankrupt competitors behind.

In the mid-90s, IT professional Zsolt Fáy and his partners founded a mutual savings bank, ﬁ rmly believing that a ﬂexible and bottomup ﬁnancial institution ready to ﬁnance SMEs could come in useful, particularly in a period of economic transition. They managed to ﬁnd the perfect balance of proﬁtability and risk taking, and the small company set out on a slow but safe track of development. They constantly kept an eye on sustaining the bank’s liquidity and they diligently rated their clients in order to safeguard the highest level of prudence in their lending practices. They remained almost unaffected by the foreign currency craze, which was due largely to their foresight and a matter of luck of course.

What was needed for the company’s progress was a capital and banking licence. Therefore, they offered a minority stake of 30 percent to Spanish savings bank Caja Navarra, which provided a capital raise in the cooperative, thus allowing the company to transform into a fully-ﬂ edged bank. They bought out the Spanish in 2013, thereby recovering the founders’ con trolling inﬂuence: Zsolt Fáy and Attila Rostás owned equal stakes of 44 percent.

It was the Spanish who familiarised them with the concept of a community bank, implying that such a bank is not solely aimed at making profit, but also at ﬁnancing sustainable development and thereby re-distributing a fair share of profit among the community. MagNet is a keen supporter of proﬁtable green projects and environmentally aware companies. If you visit their ofﬁce on Andrássy street, you willnd yourself in the middle of a small botanic garden, while the directorate’s ﬂoor is a green cascade. In every spring, MagNet notiﬁes its clients of the amount earned with their help. Not less than 10 percent of this amount may, at the client’s sole discretion, be transferred – via online platform – to the bank account of any of the several dozens of not-for-proﬁt organisations or foundations. None of them are engaged in politics.

A driver of this great performance, were some key acquisitions. MagNet Bank is an able acquirer: they bought the Hungarian afﬁliate of Banco Popolare di Verona in 2013; they purchased debt management ﬁ rm CE Faktor in 2014, which they have lately divested with a fully exploited portfolio; and they acquired Korona Kredit from Róbert Somfai this year. Each transaction brought along an essential capital raise in the ﬁnancial institution. The IT professional-mathematician Zsolt Fáy basically regards the bank as more of an IT company. He feels at home in the realms of numbers: when he was on duty as a guard in military service he would multiply three-digit numbers in his head. MagNet has no large marketing budget for street advertising, however a survey of 4,000 online users found that they have the best website among domestic banks. Their 14 branches located in the capital and in nearby cities serve 40 thousand clients, out of whom 2,000 are involved in credit ﬁnancing. Over 80 percent of all credit is borrowed by small-and-medium-sized companies. Now, access to capital is getting to be a major growth constraint; the management therefore contemplates a possible listing for the next year or the year after, whereby an initial public offering of 2-3 billion forints should be issued.

MagNet is a highly stable enterprise. It is common to community banks that they only produce a proﬁt rate of 8-12 percent in the years of upturn, when other players make over 20 percent, but at the same time they do not tend to fall beneath 7-9 percent when it comes to economic downturn. The board of directors has not changed essentially over the 25 years. Just like Sándor Csányi of OTP, Zsolt Fáy – who made it to the position of bank director at the age of 28 – are regarded as great survivors within the business.

People wearing suits in MagNet Bank are rare to see. Staff are casually dressed and they work in a family atmosphere. According to the cleaning lady: ‘You know, I work all around the city. All the other banks are packed with stressed and tense people. Here, employees are smiling and everybody is friendly. It feels good to be here.’