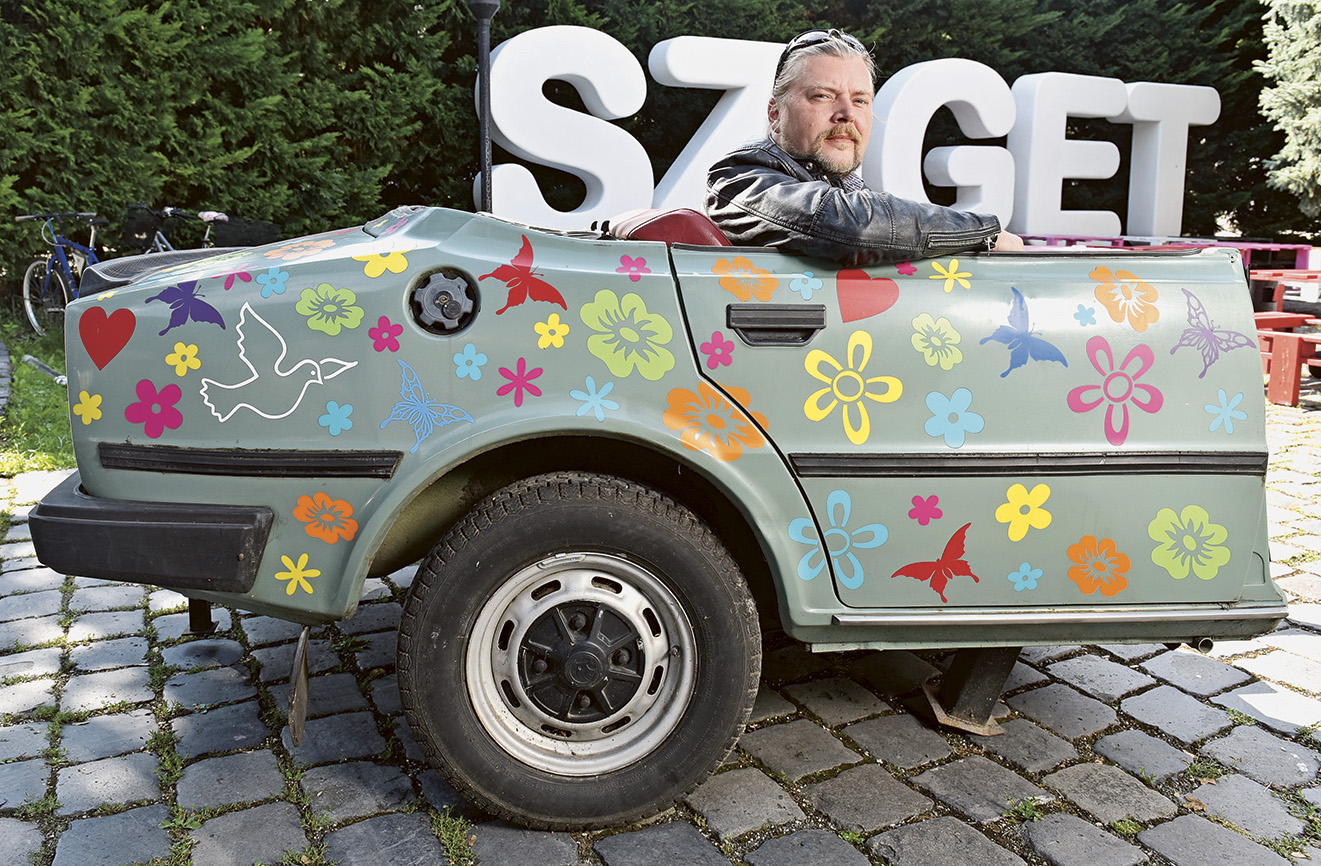 Not even award-winning creatives could have found a city brand for Budapest more capturing than Sziget - a festival which entertained around half a million visitors from 102 countries in 2016. “Sziget” is a phenomenon, a living legend, a sense of life.

The event looking back on a history of nearly a quarter of a century, has reshaped the image of Budapest. Having been elected twice as the best major music festival in Europe, Sziget claims an impressive position on the musical and cultural map of the world. In 2012, however, organisers of the seemingly successful event appeared to have got into serious trouble. They appeared to have run out of dynamism, visitor numbers languished, and at the same time band costs have continuously increased by an annual 30-40 percent in line with the ever ﬁercer international competition, therefore the company closed the year with a loss of about 100 million forints. Under such circumstances, hardly anyone would have dared to make the decision that Károly Gerendai, the founder made. He risked it all and chose to increase the innovation budget by 300 million forints, thus allocating twice the initial amount for special visuals, community activities and unique services. At the same time, he cut wages and operational costs and curtailed the budget available for headliners. He had a valid reason for his decision: he wanted to compete in the specific ﬁelds where he had something better to offer than the others.

That he wisely chose his actions is clearly visible by today. In recent years, visitor numbers and proﬁts have considerably increased again, and moreover, the festival has by now become a full house event. This year, all passes had been sold out by one and a half months before the event. It is little known that in Hungary only the state is spending more on culture than Sziget. The undertaking has spent nearly 5 billion forints on programmes alone, while the total budget of their festivals has already exceeded 10 billion forints. ‘When compiling the programme, we strive to ensure a versatile lineup and a world-class quality. We would like to offer the widest array of genres and artists so that everyone could ﬁnd entertainment for their taste. Besides, we are aimed at presenting exciting performances which are not likely to be seen by the great public elsewhere,’ says Károly Gerendai. By now, Sziget has reached its peak in terms of capacity, accommodating a daily maximum of 90 thousand people – this is the largest number of visitors to be looked after in a secure and civilised fashion. The major job for organisers of the festival is to work on the improvement of the Sziget experience: to provide versatile programmes and unique visuals beyond the visitors’ expectations. The founder will, however, take one step back: he will take part in the organisation of the 25th Sziget Festival next year, but subsequently he will hand over the daily management to his colleagues. He believes that ‘the key to success lies in a good team’ – without his friends and colleagues it would not have been possible to make his dream come true. The company is ﬁnancially stable and expects this year’s handsome proﬁ t to exceed those of the past years.

‘The largest part will be distributed in the form of dividends, used to repay our long-term debt or deployed for developments and procurements,’ explains the founder. He adds: they have international partnerships in mind but they are only willing to contribute with their brand, know-how and business network, while the partners abroad shall be ready to take on more risk.

Sziget Kulturális Menedzser Iroda Kft. has become one of the best-known festival management ﬁ rms, claiming a leading position on the domestic market and also playing a dominant role within the region. Apart from Sziget, the company organises a number of other events such as a high-end gastronomical festival called Gourmet, the festivals Telekom VOLT and Balaton Sound, Gyerek Sziget, and actively participates – in cooperation with VOLT Produkció Kft. – in the organisation of the festivals B.My.Lake and STRAND. For a few years now, Music Hungary held in Eger has also been part of its portfolio.