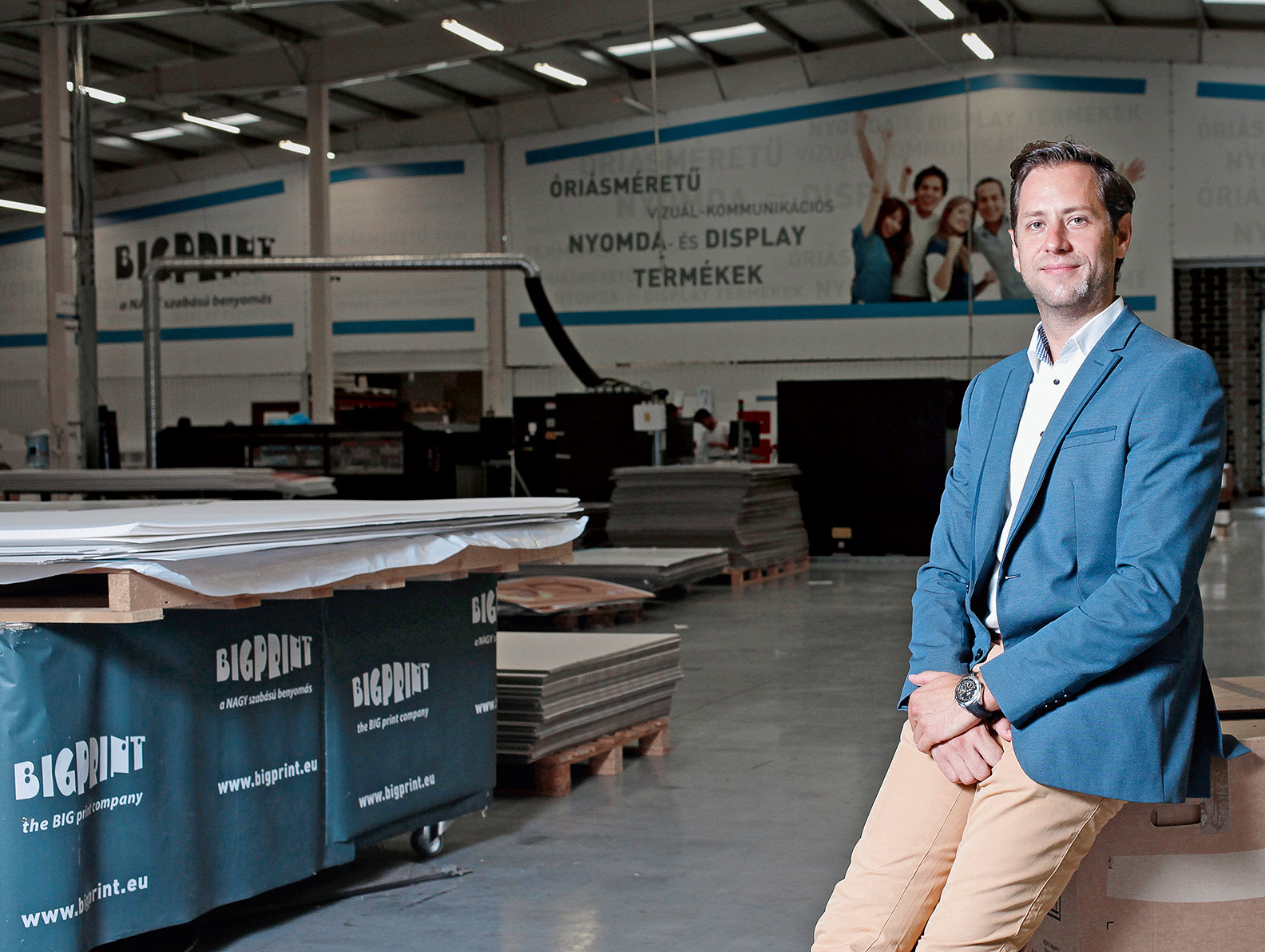 BIGPRINT is a uniquely situated player on the printing market: due to its size, it is in a position to perform all workflows from design to execution in house.

At the time of its foundation in 1998, BIGPRINT was practically the only company in Hungary specialised in digital, large and mega-sized visual communications print products – back then, its competitors were still using outdated screening technologies to make billboards.

Since it was cost-effective as a newcomer in the sector, its turnover grew rapidly after its launch. It was around 2005 that it first floated the idea of expanding into other sectors.

“We decided that we wanted to be present not only in public spaces but also in commercial units. We began manufacturing cardboard stands that shops can use to place promotional products in”, relates Managing Director Árpád Gergely. Meanwhile, it also realized that it could best meet the needs of its partners by providing “qualified” – services in addition to quality products.

Currently, it is able to follow through every step of marketing projects from start to finish. In collaboration with customers, it can plan together which devices and ingredients will be needed for the campaign. Products are then designed, manufactured, and installed onsite. This is extremely convenient for its customers, as they do not have to hire separate companies for design and for the delivery of display products. The fact that no other company in Hungary is able to provide such a comprehensive package of services means an enormous competitive advantage for BIGPRINT.

As the managing director notes, all this in itself is not enough, as the intensity of sales is extremely important. It lays great emphasis on making personal contact with potential customers. Otherwise, it would not have been able to exceed the HUF one-billion mark in 2008.

Thanks in part to its strong sales activities, its clientele now includes almost all of the large retail chains such as Tesco, SPAR and Lidl.

With regards to international markets, in eight countries, it engages mostly in direct sales and in a few cases through resellers, while it has set up its own business in two countries. The Romanian company’s machinery, structure and corporate governance system was modelled after BIGPRINT HUNGARY. Given that the majority of its exports go to German-speaking territories, it established a commercial presence in Vienna in 2013. It did however take a little time before its Viennese branch began to turn a profit.

As it has been growing continuously here in Hungary, it has also implemented several major investments recently: last year, it opened new production facilities with a floor space of 5400 square meters. This year, it has invested HUF 210 million in new equipment and in making part of its manufacturing processes more environmentally friendly.

Of course, the lack of skilled labour has also affected its sector, but BIGPRINT has not suffered from this negative trend as much as others. The reason for this is the loyalty of employees, due not only to the competitive wages, but also to the professional trainings offered by the company.

Because they always place the interests of their clients first, they are extremely flexible. As a result however, they can now only expand if they increase their emphasis on exports, which currently accounts for 35% of their revenues. They are dedicated to increasing this figure in the future.