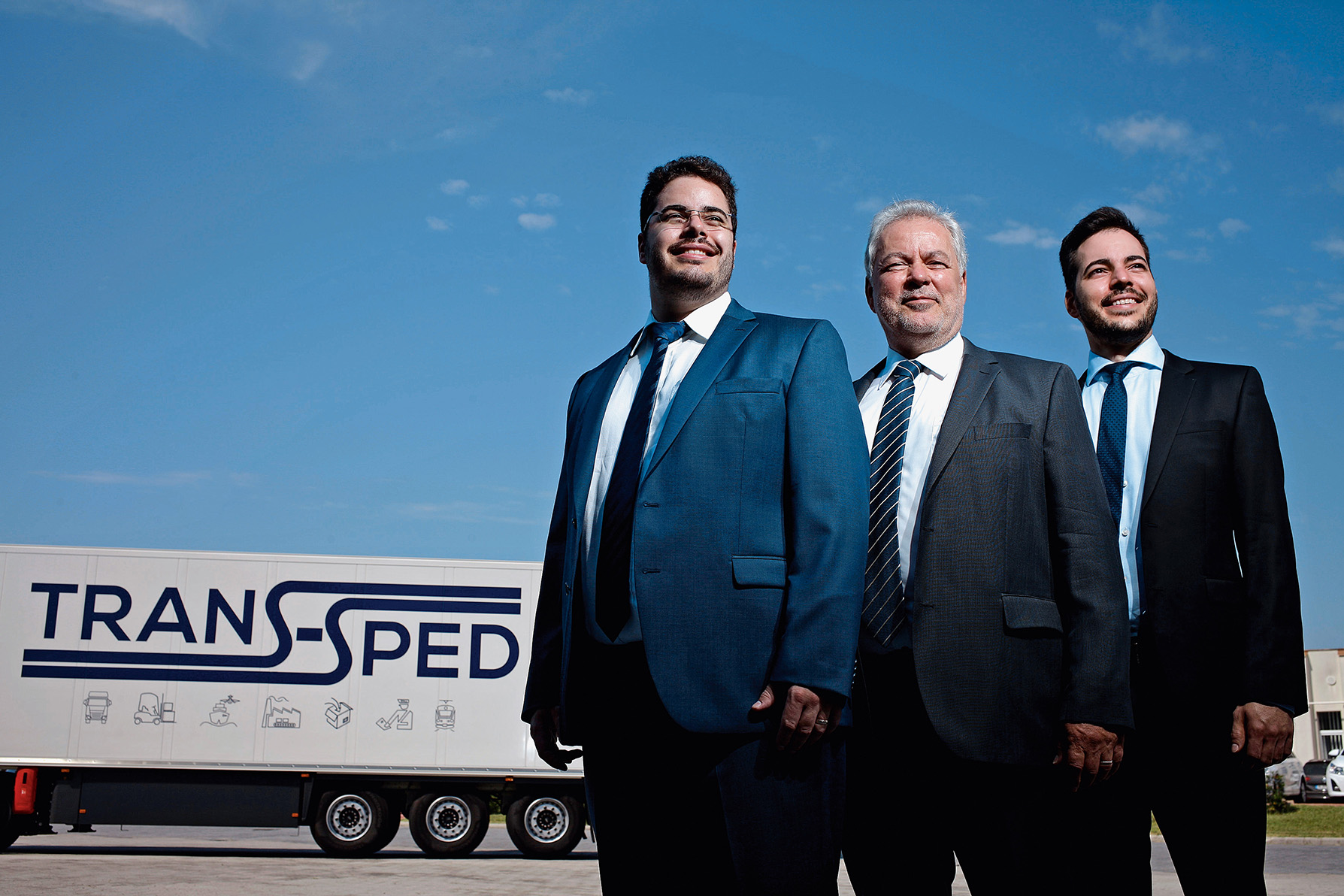 Back in the late 1980s, when Zsolt Fülöp, Managing Director of Trans-Sped Group was in charge of the international office of the Hajdú Volán bus company, many people were starting companies in Hungary.

At the time, Fülöp, as a recently married young man, did not have the capital to go into business on his own. Nonetheless, he managed to build a family business from the ground up, which has become one of the most prominent companies in Hungarian shipping, and unparalleled in terms of complexity in Hungary save for its international competitors. The latter have already begun to take notice of them.

“I can tell you how I made my first million. My uncle, who lived in Switzerland at the time and worked in the area of medical diagnostics, encouraged me to go independent. I got my HUF 3.2 million start-up capital from him, half of which I paid back two years later, and made him a business partner. The only condition he set was creating a business plan”, says Fülöp of his beginnings. The business plan covered international shipping. In 1990, the founder along with two employees launched Trans-Sped Group, which – thanks to his contacts in the field and his practical experience – soon found itself a place on the logistics market. Although his Swiss uncle gave him another two or three bridge loans to help the company grow, he did not get involved in its operations, and remained a silent partner with a 50% share for a long time.

At first, the company only engaged in shipping, but in 1994, in order to store the delicate shipments of one of the world’s largest cotton trading companies, they purchased a 5,200 square meter warehouse located on the 3.5 hectare premises of the Debrecen cannery. This marked a “great leap” in the company’s history, and the beginning of their customs clearance activities. They obtained a free zone license, and then also purchased 50% of the Nógrád Volán bus company’s international shipping unit. They constantly purchased new properties to add to their existing ones to create a 30 hectare, interconnected logistics and industrial park, operated by a separate company of theirs, Debrecen Logistics Centre and Industrial Park (Delog) Kft.

The Trans-Sped Group now made up of even more separate companies, has always kept its focus on its basic formula for development: investing and expanding. After Hungary’s accession to the EU, they won a few major grants, totalling nearly HUF 2 billion. Otherwise, they have always been active on the competitive market, and never had any orders from the public sector. They have several major companies for clients, and aim towards diversification. The great majority of their clients are major industrial actors, typically multinational corporations that require complex services and collaborations spanning several years, as well as logistics processes performed onsite.

The Trans-Sped Group has consciously integrated into Hungarian industry. For example, they carry out shipping for Dunapack through a joint venture. At the former Tiszai Vegyi Kombinát (Tisza Chemical Plant), they receive the finished plastic products through pipelines and control every step of the shipping until it reaches the customers, including the wrapping, palleting, compacting, warehousing, and shipping of products that meet the appropriate quality standards in addition to the maintenance of the packaging machines. At the Japanese-owned car window manufacturing plant located in the Tatabánya Industrial Park (where the vast majority of products are destined for export), they perform a wide variety of activities, from warehousing to logistics background services. When it comes to logistics operations, it is difficult to make a clear distinction between domestic and export activities, given that many of their clients are foreign companies with Hungarian sites and manufacturing units.

The company group has more than 30 sites and branches with a combined warehousing area of over 180,000 square meters in total, nearly 750 employees and over 200 public road vehicles. In addition to container and rail transportation, shipping, warehousing and custom clearance, they also specialise in value added logistics. With the successful acquisition of the Finnish-owned Transpoint International (HU) Kft. two years ago, they added maritime and air shipping to their existing businesses. The acquisition held great significance for the family also because it was around this time that the older son, Szabolcs, joined the company. In fact, he managed the entire purchase, and was also in charge of launching the transition towards a modern corporate culture, something his father takes great pride in. The merger was followed by IT developments to the tune of several hundred million forints, including the introduction of a new corporate governance system, whose benefits they plan to reap as of 1 January 2018.

As Zsolt Fülöp would always tell his children: “You can be whatever you want, as long as you like what you do and bring out the best of yourself”. In other words, he never pressed them to join the family business, although the boys did get summer jobs at the company pulling weeds from between the siding rail tracks or cleaning warehouses. In the end, the good example caught on, and it was not only Szabolcs who ended up working at the company (now as general manager), but also his younger brother Levente, who is currently leading the logistics IT developments as project manager. Meanwhile, the Swiss uncle left the business, and sold 10% of his 50% share in the company to the company’s leaders, and divided the remaining 40% into five shares and gave them to his own three children and to Zsolt Fülöp’s two sons.

After two years of discussions, the Fülöp family purchased the shares held by the Swiss cousins three years ago, and ever since, the company is owned only by the founding father and his two sons.

“The greatest asset of our company lies in the collaboration between our long-time employees and our new recruits”, says Zsolt Fülöp, emphasising how much the company group appreciates its employees. It is worth noting that the company has 218 long-standing employees, defined as those who, as of 2017, have been with the company for ten years or more. The group plans to continuously increase its revenues over the next few years. Over the mid-term, the management does not expect to shift its proportion of domestic and export revenues in favour of exports, but to continue concentrating on serving Hungarian and regional producers and traders. They have significant loans due to real estate developments. In the near future, they plan to build an automatic warehouse for one of their latest contracts, and also expect to continuously increase their staff. Though they plan to avoid making any new acquisitions over the next few years, they would not turn down a promising investment opportunity. As part of a three-year plan, they prefer to focus on transforming the company into a zrt. (limited company) with a uniform corporate structure and governance. In other words, they are working towards turning their family business into a modern corporation in order to improve their competitiveness.