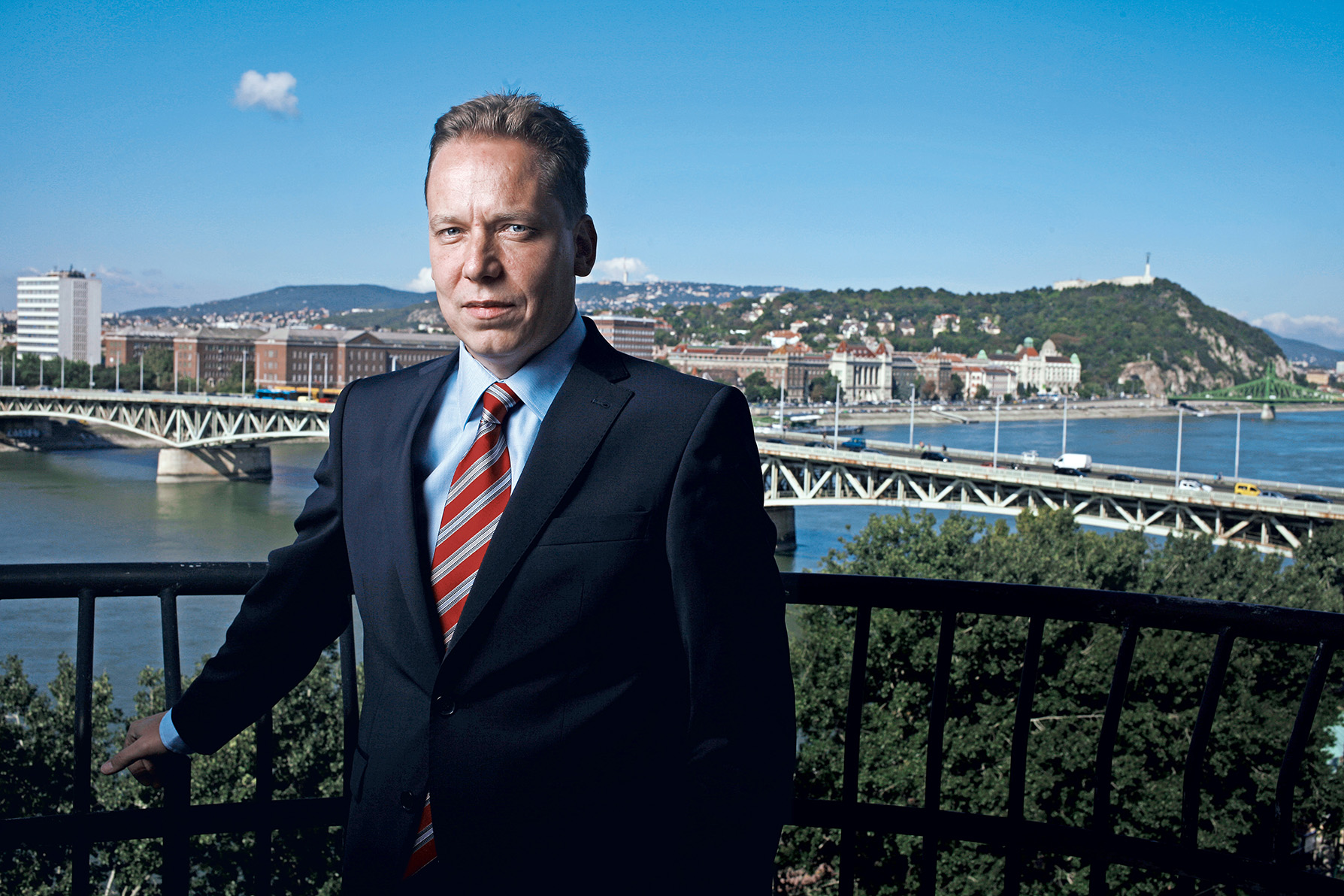 Steel and plastic product wholesaler Carboferr Ltd. has quickly achieved significant recognition and financial success thanks to its innovative and unique business model. The company is considering listing its shares on the stock market in the near future so as to use the resulting capital to speed up its entry into other wholesale sectors, and thus multiply its turnover within a few years.

“If you had asked me eleven years ago, I doubt that I would have said that I would be trading steel products. This business started from an idea that came up one evening playing cards”, says owner/CEO Roland Fazekas, speaking of the company’s beginnings. Although its 3% share of the Hungarian unalloyed steel product market may not seem particularly impressive at first glance, on one hand, this is by no means a small market, and on the other, the field is dominated by major players such as Thyssenkrupp-Ferroglobus and Dunaferr, who cover approximately half of the sector. Despite these factors, Carboferr has found its place on the “steel traders’ street” in the Csepel Freeport area of Budapest, achieving a turnover of HUF 4.6 billion in 2016, even though it is competing with centuries’ old global companies in the sector.

How were they able to succeed in this conventional industry? By using a business model which is not at all conventional, but instead utilises the innovative developments of digitalisation. As opposed to the usual wholesaler set-up, they use warehouses and logistics systems provided by subcontractors instead of having their own. Thus, they “only” deal with procurement and sales. Including Roland Fazekas and his co-owner and spouse Rozália Fazekasné Mag, 21 people work for the company, while their competitors employ huge numbers of staff on enormous premises with their own warehouses and logistics systems, and thus with entirely different cost levels. What further increases their flexibility besides their small headcount is their use of cutting-edge technologies (as mentioned above) from the satellite tracking of shipments to the fully online ordering processes. “We have about 300 clients. Of course key partners have a dedicated contact person, but still, the majority of our clients are mostly interested in a few basic factors only: to get the best quality delivered as quickly and as punctually as possible for their money. They are not particularly interested in the details of the process”, explains Roland Fazekas.

Another aspect that makes the Carboferr business model unique is that the owners were able to export their knowledge gained in the area of steel trading to other, completely different fields of industry. Although their competitors are generally not involved in any other fields, they – in addition to the predominance of steel which accounts for two-thirds of their revenues – also trade in plastic granules and recyclable PET chips, which represents another 25 to 30% of their turnover.

Moreover, 5 to 10% of their revenues are generated by representing a few major international FMCG companies in Hungary and supplying major supermarket chains. If all this were not enough, they are also aiming to expand with their innovative wholesale model to trading in grain, and also plan developments in the area of plastics processing.

These, however, require additional investments, which in turn may necessitate the infusion of external capital. According to Roland Fazekas, it is for this reason that they are open to obtaining financing amounting to HUF 1 to 2 billion through the Budapest Stock Exchange’s SME platform, while the next step would be issuing corporate bonds. With this additional source of financing, they could achieve the aim of roughly HUF 15 billion in revenues projected for the next decade in as little as 2 or 3 years. Moreover, they only need to “scale up” a fixed-overhead trading model, tripling their turnover and increasing their profits way more than threefold. Roland Fazekas believes that this can make the mid-sized company’s shares and bonds quite attractive on the Budapest trading floor. The owner sees beyond EU funding and bank loans in terms of financing partly due to the fact that he formerly worked at various management positions at Raiffeisen and K&H banks, in addition to Transelektro. He was also involved in real estate investments, mobile application development for companies (at Mobilengine), and, before the crisis, in the manufacture of pipes as well. The latter venture (which was not exactly problem-free, given the crisis) led him to trading. As the indicators show, he seems to have found his place there. Hopefully investors will soon also see the opportunities in the securities of his dynamic mid-sized company.