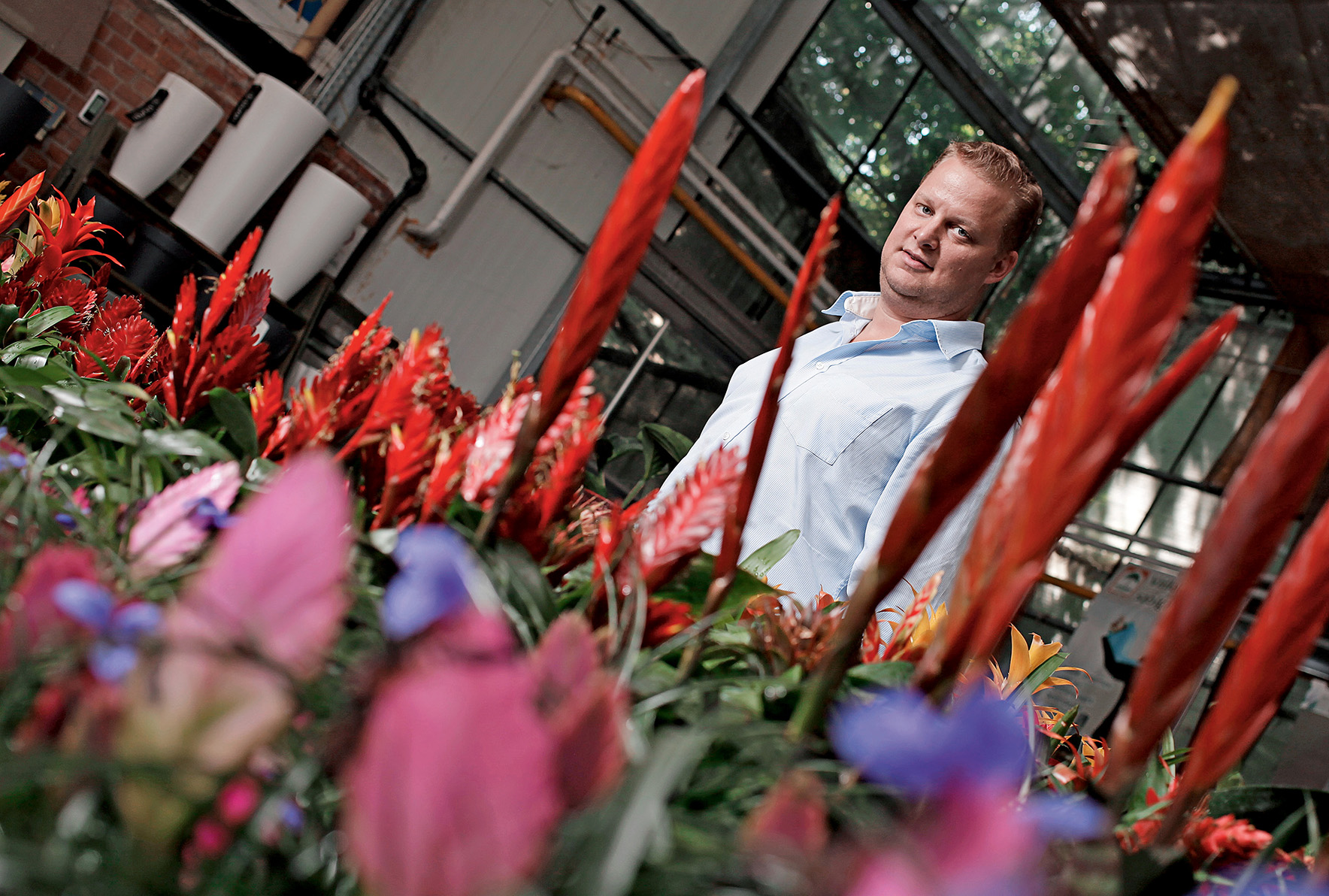 Oázis Llc. started from the ground up unnoticed to become, even with minimal capital, a rapidly expanding and solid business group. The key to their growth over the last few years has been a franchise system based on a family business.

"Oázis has pretty much the same history as many other companies – its founders willed it into being”, says Dávid Boross, Managing Director of Oázis Llc. As he explains, his parents were already in business around the late 1980s, meaning the money they made did not come from the mass privatizations. His father was an assistant lecturer, while his mother was a horticulturist at the Óbuda agricultural cooperative, and they did not see much future in working as employees.

"They already had three children at that point. My mother was on maternity leave, and it was having an impact on the family budget.”

Oázis Llc. was founded by István Boross and his wife, Hedvig Héja Boross in 1992.

They started out with a Zhiguli and a trailer, renting out decorative house plants, and brought ten Grecian urns with flowers in them to the Budapest International Fair, located on the site of today’s Hungexpo. István Boross secured the deal and delivered the next batch.

Their first place of business, which still functions as the company’s headquarters, was opened in the former Ganz-MÁVAG basketball hall on Kőbányai út. Their operations focused on making floral decorations for various events and exhibitions. “Today, our corporate services business, which includes renting out and caring for plants in offices, only accounts for 3% of our total revenues”, notes the managing director to illustrate how the company has changed.

The family identified the retail sales of gardening supplies as a potential for further growth. They opened their second shop in the mid-1990s, and their gardening supplies shop in Soroksár – the largest in the country – in 2002. Since their franchise system was launched in 2005, new shops have been opening one after the other throughout Hungary.

As a new development for the company, market opportunities grew when hypermarkets and hardware stores first made their appearance in the country in the wake of Hungary’s accession to the EU. In other words, competition has been felt more keenly. “We could see that we didn’t have enough money to build a chain of shops, but we also didn’t want to go into debt. The franchise system enabled us to compete with the international chain stores, build our house brands, and also launch a national marketing campaign”, notes Dávid Boross.

Out of the 23 Oázis shops, they own seven, and control half of the market. Altogether, there are 286 people working in the shops, and nearly 20 employees in the back office. They work with 250 suppliers in total, with “the top 25 providing 80% of the goods”. The rest were chosen because of their locality or the variety they bring to the company’s product range. Their strategic aim is to own at least as many shops as they have of franchise partners.

During the crisis, they learned to “operate better”. Before, they did not know how much of their inventories or salaried time was superfluous but they soon began to deal with these issues, which improved their efficiency. So far, they have always been able to keep their performance about 6 to 8% ahead of inflation and expansion of clientele, which meant that during the crisis they essentially remained stable, and are currently expanding at a rate of 15-20%. Oázis is a chain of themed retail stores with a total revenue of HUF six billion across the chain. Customers visit them not only to shop, but also to enjoy the pleasant atmosphere. This is why they have playgrounds, fish ponds and animal kennels where visitors can leave their pets while they shop.

Dávid Boross who became Head of Marketing in 2004 took over the executive responsibilities two years after his father passed away, while his younger brother Bálint, together with his wife, has been leading the wholesale division since 2008. Their brother Gábor is now in charge of the area of marketing and communications, while their mother is head of the financial and accounting team. “Bence is also an owner though he doesn’t work for the company. My father wanted us to have a family constitution, where we laid down all the rights and limitations in connection with our activities in the company.” Dávid Boross is also Co-Chairman of Family Business Network Hungary. He feels it is his mission to improve the appreciation of family businesses at the national economic and decision-making level.