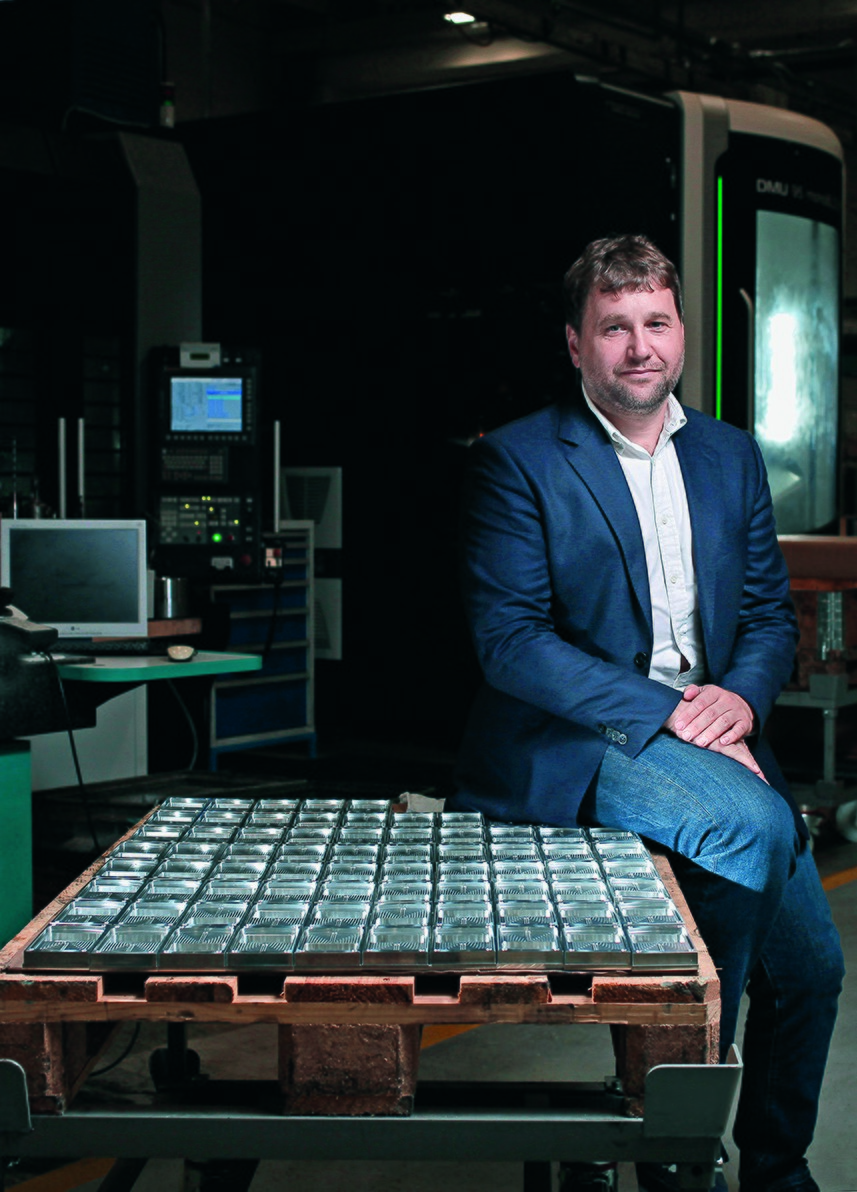 CNC Rapid Kft. in Győr makes machine-cut metallic parts with thousandth millimeter accuracy and was taken over in 2016.

This was the time when the investor group led by András Csoma, the current managing director, took over the com­pany from József Szórádi, who started it almost 30 years ago. The new owners have invested over HUF 1 billion in machine purchases so far. This was mostly the reason for the 15-20% increase in the company’s turnover and staff in the past 3 years. In the last closed business year, sales revenues increased above HUF 3.4 billion, EBITDA increased above HUF 800 million, and the headcount (including subcon­tractor partners) reached 170. The company’s metalwork­ers use their excellent technological skills to make, based on the customers’ technical documentations, lathe-ma­chined, cut and grinded parts which also receive heat and surface treatment. CNC Rapid Kft. has an extensive base of clients which work in various industries and often place or­ders for entire parts portfolios. Meanwhile, the company’s management pays special attention to economies of scale. The goal is to sell goods to their clients in a minimum total value of EUR 1 million per year; they, however, also supply several partners with goods worth EUR 3-5 million per year. The company’s biggest customers are Knorr-Bremse, a Ger­man rail vehicle and brake system manufacturer, Grundfos, a renowned Danish pump manufacturer, and Atlas Copco, a vacuum pump manufacturer. Its key clients regard this company in Győr as a strategic European supplier.

András Csoma expects their dynamic growth to continue in the near future, although CNC Rapid cannot remain unaf­fected by a potential economic slowdown in Europe either. Its customers’ sectoral diversification as well as its mostly supplying partners working in industries that are less af­fected by economic cycles or are characterised by extraor­dinarily long ones, however, notably reduce the company’s exposure to market trends. For example, they purposeful­ly keep away from the automotive industry. The manage­ment’s proactive business policy continually looks for new projects with a view to growth as well as strengthening and enhancing the company’s position as a strategic supplier in Europe. Fortunately, the company has several customers that see its technology and expertise as key. In case of cer­tain products, CNC Rapid is an integral part of the supply chains of some customers. Continual product development and R&D for the customers’ needs is indispensable in this. The company is preparing a large-scale innovation proj­ect in cooperation with a university and hopes to get assis­tance from the Irinyi Plan.

The company’s over 8,000 m2 air-conditioned produc­tion hall in Győr has a wide range of equipment from cut­ting-edge laser measurement tools to 140 CNC machining equipment that support the precision work. Air condition­ing is a core requirement for the products’ dimensional ac­curacy.

The Company has reacted to the current labour-market challenges partly by transforming its work organisation through exploiting its internal resources. Thanks to the re­cent wage developments from own funds, the average wage level increased by nearly 40%. This was necessary ow­ing to the proximity of the Audi factory and Austria, among other things. 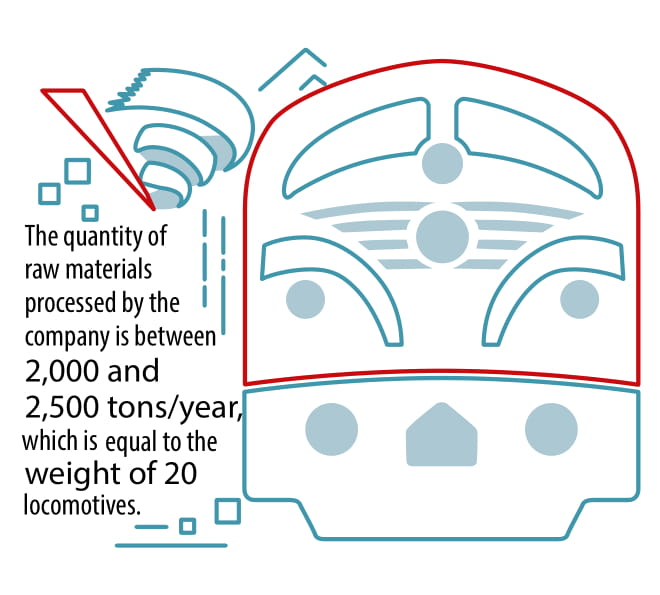 Employees must be treated as partners. The have the right not to learn about the owners’ plans from the news­papers. ‘This is something I regard as an important part of our corporate social responsibility’, says András Csoma. ‘This also means that we take care of the livelihood of the families of the 170 employees who work at and with us and that all our employees always get their wages to the last penny’, he adds. We are proud that our colleagues believe that we will be able to accomplish our positive vision and development plans as well as that they regard the compa­ny as a stable, long-term workplace where their efforts are acknowledged. Thanks to this, the high fluctuation typical of industrial companies has practically disappeared at the company in the recent years.

The Company is founding member of the Professzió Klasz­ter (Profession Cluster) organisation of the metalworking businesses in Győr. This organisations goals are to join the forces of businesses in and around Győr, to improve their competitive edge and to ensure the supply of young pro­fessionals.

Regarding the financial management of the compa­ny, the managing director said that they did not take any loans for either investments or bridging customers’ pay­ment time-limits and they also avoided factoring, if possi­ble. Nevertheless, some customers of the company work with supplier financing partners that buy CNC Rapid’s ac­counts receivables, usually under favourable conditions.

András Csoma says that the company has not got to the point of completing the takeover. To put an end to this pro­cess, the company has transformed into a joint-stock com­pany and has been operating under the name MetMax Eu­rope Zrt. since 1 October 2019. The new brand and the accompanying change of image are in line with the compa­ny’s purposeful strategic objective to build a brand name that is competitive in Europe and globally, can be present­ed and sold well.

One of the goals of becoming a joint-stock company would have been creating ownership interest for key em­ployees; this was, however, affected negatively in the short run by the changes of the requirements for employee stock ownership plans. Still, the company is looking for opportu­nities to create ownership interest.

The owners’ goal is to build a company fit for the stock ex­change; it was, therefore, among the first ones to apply for the ELITE Programme of BSE And the London Stock Ex­change in 2017. Going public is, however, not an end in it­self. It may come if it creates value for the company. The same applies to potential acquisitions.

As for the future, the management is considering the strengthening of custom manufacturing, which would, however, require a separate plant, because it requires a dif­ferent manufacturing culture. In the long run, they have high expectations of the introduction of 3D printing and machining procedures based partly on it into the produc­tion technology; in the short run, one of the biggest inno­vation challenges is extending the ongoing automation at the company. A considerable part of the company’s equip­ment is already automated to a certain extent, and they have already set up some robotic cells in production (as a result of an in-house development project of their excel­lent professionals). The goal is to create and extend the cul­ture of autonomous production. They have again taken the harder but more promising part, as they always do.