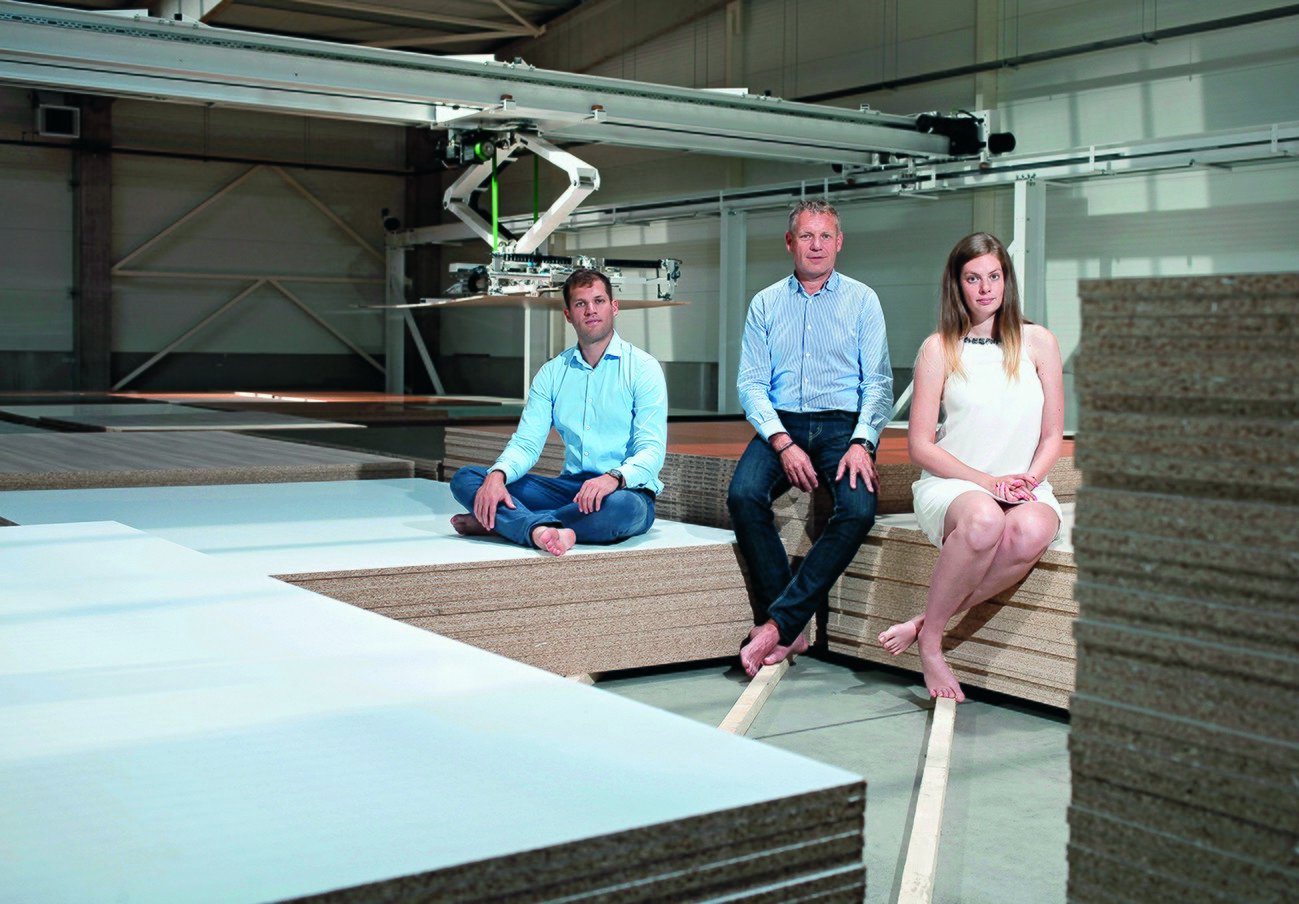 The Ertl Faipari Kft. of the Ertl family and József Schweighardt have made furniture for countless European customers, ranging from the Buddha Bar in Budapest to Belgian hotels and Austrian retirement homes.

Ertl Faipari Kft. has made furniture and interiors for several Budapest customers like the Ramada Resort Aquaworld Hotel, the Pad Thai and Vapiano restaurant chains, and even Corvinus University—as well as Barcelona’s Le Méridien. Thanks to its modern manufacturing plant with CNC chipboard-cutting and edging machines, the company wins Austrian and German public procurement tenders one after another. The Ertl family’s other company, ER-FA 2000 Kft., sells furniture materials. The family started the company in a home workshop almost three decades ago. Now they have 120 employees, a 4,500 m2 manufacturing hall, a 5,300 m2 warehouse for raw materials and finished products, and a 1,600 m2 retail shop and office. Ertl’s financial figures are also impressive. In 2017, their revenue was HUF 6.4 billion, and its EBITDA was HUF 491 million.

The career of Ferenc Ertl, the founder, followed a course as straight as an arrow. Already in fourth grade, he knew that he wanted to be a joiner, so he continued his studies at the Róth Gyula Secondary Vocational School for the Timber Industry in Sopron, then to the college with the same profile in the same city. He has always worked in lumber mills or joinery workshops. His childhood friend, József Schweighardt, has accompanied him during his whole career. When they were teenagers, Ferenc Ertl got his first planer and circular saw from his parents, and they started woodworking in their cellar. They started the first enterprise together in 1990, in the workshop set up in Ertl’s house. József Schweighardt has been the owner and deputy managing director of the company ever since. The founder has the same strong ties to his birthplace, the town of Mór. He does not want to take his furniture-making business either east or west, and many of the employees who joined them in the beginning still work for them. Ferenc Ertl’s strong local ties also show up in his companies’ social responsibility activities. They primarily support a foundation in the town of Mór that works on integrating disabled children, but they also sponsor the local handball team and the Mór fire brigade.

Beyond their commitment to their profession and their home region, the groups’ managers are also inventive and have a flair for business. Immediately after starting their own company, the two young joiners contacted a furniture outlet manager in Mór, who offered them a chance to sell their products. They took it, of course. They also knew their way around when they bought their first factory hall in 1995. Two 800 m2 halls were for sale in the former Soviet barracks (incidentally still their current site), but the seller wanted to sell both at the same time. Ultimately, they convinced another joiner to buy one of them, and were thus able to make the purchase. They used the same strategy when they bought the next 1,000 m2 hall, except that they partnered with a car mechanic for that deal. After a few more acquisitions, the current production and merchandising base had been ready by 2008. Meanwhile, they set up two points of sale, one in Székesfehérvár, and one in Biatorbágy. In addition to the increasing plant capacity, their growing headcount also required the establishment of a limited liability company. They established ER-FA 2000 Kft. in 1996, then, by separating resale activities, Ertl Faipari Kft. in 2001. In 2013, they involved another owner and established Ligneus Kft. to operate the Biatorbágy site. 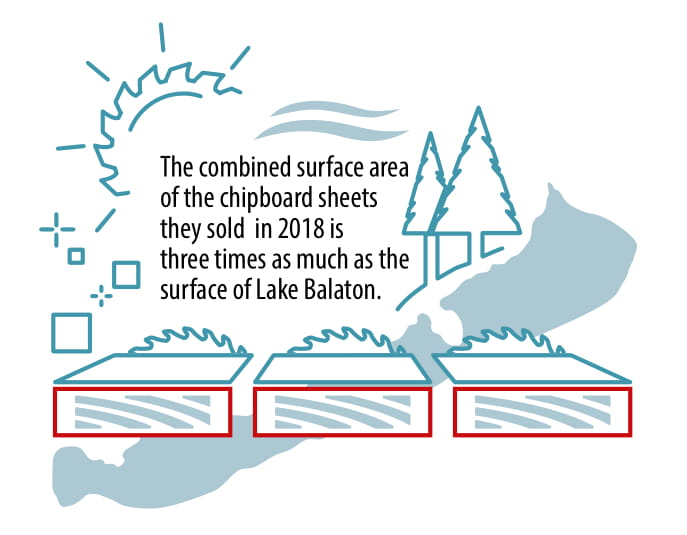 Tasks are divided in the final company structure as follows. Ertl Kft. manufactures and sells custom furniture, while ER-FA 2000 and Ligneus sell materials for making furniture. “Our retail activities focus on the Mór-Székesfehérvár region, and we wholesale in west Hungary and in the Budapest region”, Mr Ertl says. Before the 2008 financial crisis, they sold custom furniture and interiors mostly in Hungary. Back then, the share of exports in the company’s revenues was 20% at the most. It was the shrinking demand during the recession that directed the management’s attention to exports. The ratio of domestic and export sales changed completely over the course of three or four years. The share of their revenues generated by exports has increased to 60-70% since then. Their first foreign partner was an Italian company in South Tyrol. Networking was difficult at first, because they did not have the necessary language skills—an issue which has, however, been resolved in the meantime. Now they work regularly for German-speaking customers, but they also have Belgian and French partners as well. A few years ago, they applied to Austrian and German public procurement tenders, and now they win two of them every year. The Austrian retirement institution is a repeat customer: they supply furnishings for its community spaces and double bedrooms.

The industry is facing major changes, says Ertl. Hungarian salaries have been increasing at such a rate that the wage advantage of Hungarian companies will disappear in a few years. Moreover, Ukrainian and other Eastern European companies have entered the lucrative markets, while it is almost impossible to hire new workers in Hungary. The only solution is automation, increasingly advanced machines that communicate with one another, as well as intelligent software systems. Marketing is also becoming increasingly important. The founder’s son, Ferenc Ertl Jr., and his team of four are overseeing the transformation programme of the Ertl family companies. Meanwhile Kata Ertl, the founder’s daughter, is responsible for marketing. So the group is working hard to prepare for the next 30 years.