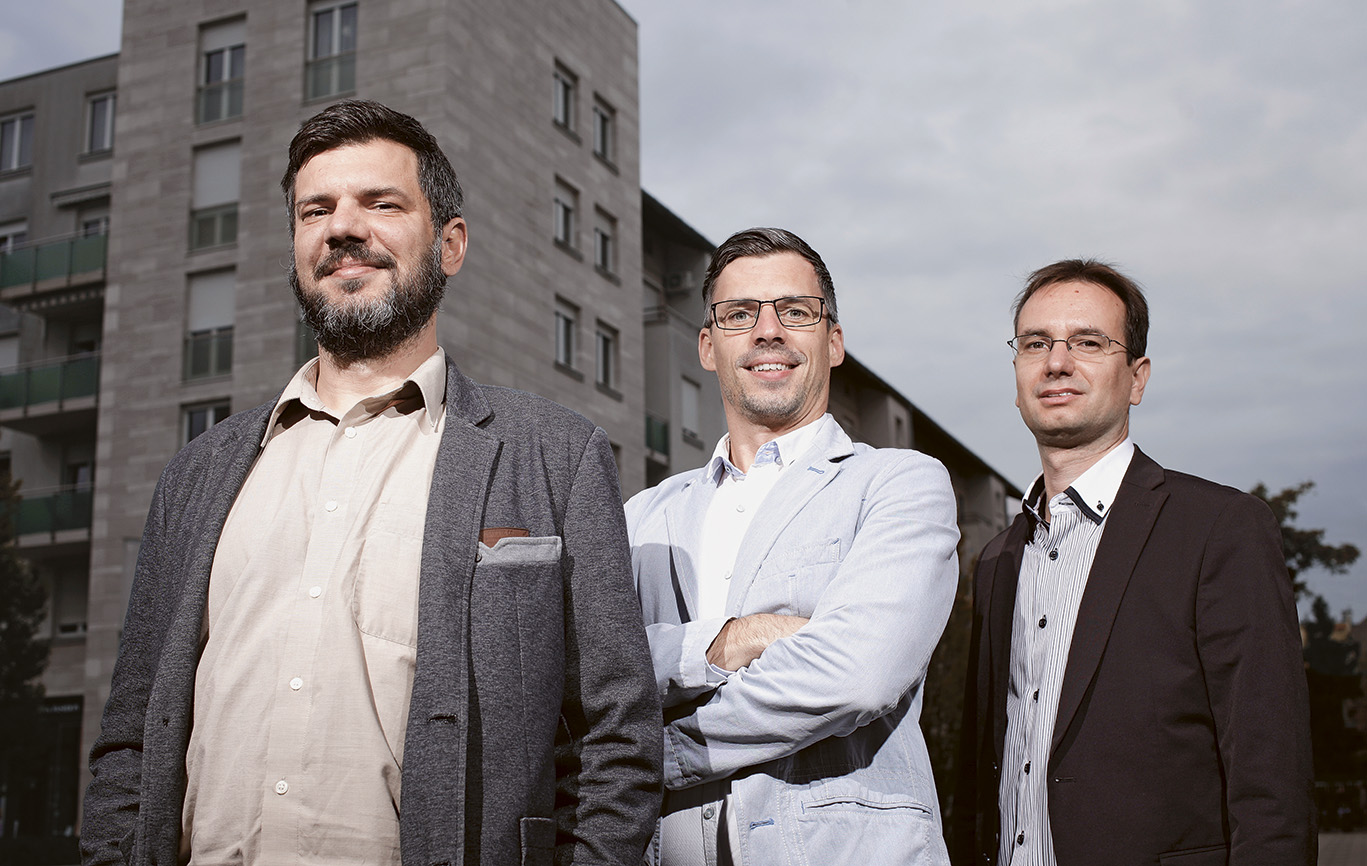 The company developing mobile applications keeps in touch with international customers straight from győr. Their growth is aided by venture capital. Upon the investor’s exit, which is due in a few years’ time at the latest, they will contemplate a listing.

Their common interest in mobile applications and the shared passion for their hometown Győr brought together Ákos Birtha and the Kiss brothers, Benedek and Gergely. During their joint work at international companies (Siemens, SAP) as well as their regular trips on the often congested roads of Budapest, they had the chance to develop their entrepreneurial ambitions. In order to realise their common goals, they established Atrecto Kft. in 2010, which continues to operate today under the name of Attrecto Zrt.

Relevant market potential was created – and has been provided to date – by the occurrence and the booming spread of smartphones, but good timing and continuous learning came in useful too. As they say within the company: luck is when adeptness meets opportunity. That is exactly what happened six years ago, when they came in second by spectator votes and fourth by decision of the jury at the US contest 2010 Snaptic Move Your App! Little wonder that they attracted the attention of venture capital fund X-Ventures (formerly known as Biggeorge’s – NV Equity) in 2011. With their help, by means of an investment of more than 200 million forints, the company managed to extend its development capacities and launch their first products to the market, including their fitness application Idoo or InstApp supporting the development of mobile applications.

Financial success was, however, due to something more than the above: namely their highly adaptive approach. Since they failed to make a breakthrough with their consumer (B2C) products, the company has consciously changed its focus towards services duly supported by the venture capitalist owner. At present, about 80 percent of their revenue is derived from international orders comprising, in particular, mobile application development. Their most popular application – tested on over a hundred mobile devices – have 130-140 thousand individual users and are run by 600 thousand gadgets on a daily basis.

As software development and mobile communication have gained ground everywhere, their customers include not only large, but also small- and medium-sized companies as well as startups representing the widest array of industrial branches. The company has managed to increase its sales revenue by an annual 170 percent in the last two years, while its headcount has exceeded 70 employees.

The company’s open, encouraging and cosy culture appears to be attractive enough to prevent developers from leaving the country, moreover, many have already returned from abroad. The company keeps on growing this year as well. Based on the shareholders’ unanimous decision, profit is continuously reinvested into developments, as the increase of the company’s value is paramount to them. Considering their mutual objectives and vision the founders deem it more of an opportunity than a problem that X-Ventures is expected to fully exit from the company by no later than 2020. Among the available options, the owners do not exclude the possibility of a listing on the stock exchange.