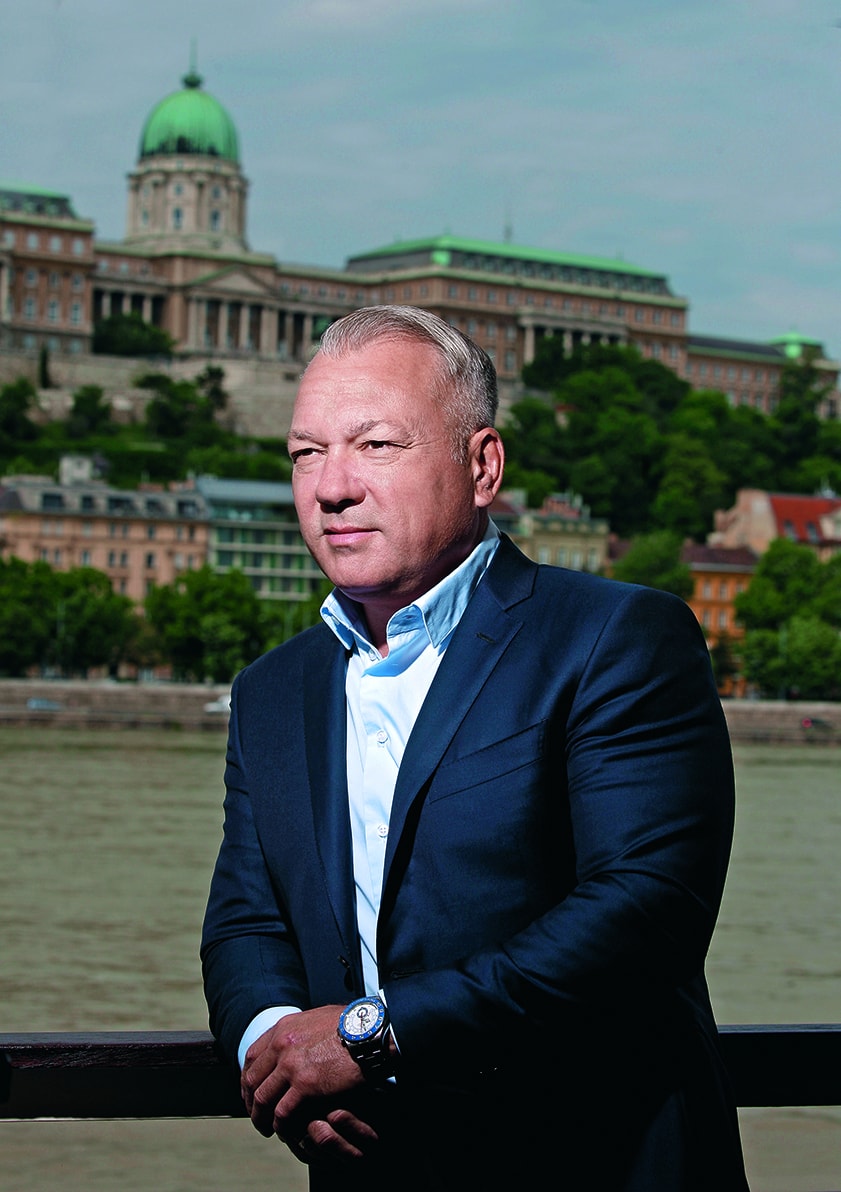 Hungary’s most popular mineral water comes from a protected water-yielding layer that formed during the ice age. This alone, however, is nowhere near enough for success.

Levente Balogh, president and owner of Szentkirályi-Kékkúti Ásványvíz Kft., began learning marketing and the food industry when he was a teenager. From the age of 13 onwards, he regularly accompanied his father, a manager at Olympos-Top Kft., on his business trips to Athens. He was already interested in the trade and learnt a lot during these business trips. In addition, he trained in judo at a very high level until he turned 22. Although he performed well in Hungary and Europe, he could not make it to the Olympics, and thus decided to drop the sport. A few years later, he was the sales and marketing manger of Vitapress Kft., his father’s business. Building on the economy of scarcity following the political changes in 1989-1990, they produced lemon juice, syrup, and aromas as well as insourced manufacturing after building their own site. This was the beginning of the story of Szentkirályi mineral water. The company bought one of the semi-detached buildings on the site of the bankrupt agricultural cooperative, where it set up its own plant and warehouse.

“In 1993, we drilled our own well, because soft-drink production required a lot of water. It was then that we found the ice age lens that the Szentkirályi mineral water comes from. Laboratory tests immediately revealed that we had found a very clear water base with a unique mineral content, protected by a 150-metre thick corklike clay layer from the proto-Danube. This layer kept the 18 °C warm water completely sterile and clear in the microclimate down there”, he said.

Levente Balogh started to build the Szentkirályi mineral water brand in 2003. In that year, he established the Szentkirályi Ásványvíz Kft. independently from his father. Although he was a well-to-do entrepreneur, he still had to convert almost all of his assets into cash to buy the site where 80 employees were turning out 4,000 bottles of mineral water per hour in three shifts, using 50- to 60-year old equipment. They now have equipment that can produce up to 32,000 bottles of water per hour. Levente Balogh was not only lucky when they drilled the well, but later too. One of his friends had an injection moulding plant, and one his customers did not pick up a shipment of 200 ml plastic bottles. He then filled these bottles with Szentkirályi mineral water and showcased them at a food industry fair where they caught the eyes of Lufthansa. “They were looking for bottles that were small enough for their catering trays. This also helped our mineral water become the best in the world. A mineral water contest organiser noticed Szentkirályi water while flying with Lufthansa and invited us. We supplied mineral water to Lufthansa for five years, and the award meant a great advantage, because we could make mineral waters an individual category among drinks in Hungary and could draw attention to the big differences between the different types of water”, he says, as he recalls the first steps.

“I have always wanted to achieve a bit more; I have always dared to act and take risks in time, and I couldn’t have come so far without this attitude. After we won the prize for the world’s top mineral water, my next goal was to bottle it in the best bottling plant in the world. In 2007, we were the only non-multinational company in the region to buy bottling equipment from the best manufacturer, Krones. This technology was so modern that the engineers of our multinational competitors came to us to learn how to operate it. After this investment of nearly HUF 2 billion, we placed a special order for a hermetic sterile box to be installed between the filling and capping machines. This box ensured that our bottled mineral water does not get in contact with either human hands or air exhaled by humans”, emphasised Levente Balogh.

The new equipment made it possible to meet skyrocketing demand; however, the dramatic increase in sales also required extra warehousing space and trucks. “We are always improving something, either the plant or the warehouse base. Our rate of expansion never slows down”, he said. 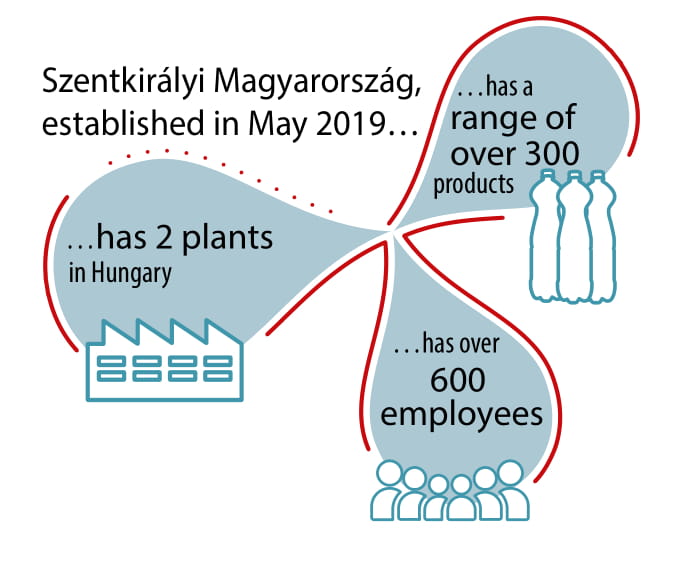 To ensure the future of the market-leading Szentkirályi mineral water in Hungary and Europe, the growth of the company, to create more jobs, and to strengthen its competitiveness in Europe, he started to look for a well-capitalised, internationally experienced, and skilled partner. In the spring of 2015, they became strategic partners with the Italian Pasquale family, the owner of the Karlovarské Minerální Vody Group (KMV), whose business philosophy is based on traditional family values, and who regards the protection of the mineral water base as their mission, just like Levente Balogh. This partnership made it possible to buy back one of Hungary’s oldest mineral water bottling and distributing companies, Kékkúti Ásványvíz Zrt., thus returning it, at least partially, to Hungarian ownership.

“Had I sold my share one year later, then I would have got much more for it owing to the extraordinarily dry summer; but this was the best decision for the future of the company as well as for Szentkirályi”, added Levente Balogh. Nowadays, the company that makes and distributes Pepsi products in Hungary also belongs to the Group. The Szentkirályi Magyarország Group was established this year, with 600 employees and two plants in Hungary.

“We can thank the Hungarian people for what we have achieved, so I feel that I have an obligation to give something back. We use the Cápák között (Among sharks) television show to give an example to young people”, explained Levente Balogh. Social responsibility is important to him, and he helps those in trouble. They send mineral water in big quantities to hospitals, flooded families or small villages where the local water service is unable to supply water. He also supports the start of the professional careers of young athletes through the Szentkirályi Tehetségprogram (Szentkirályi Talent Programme).