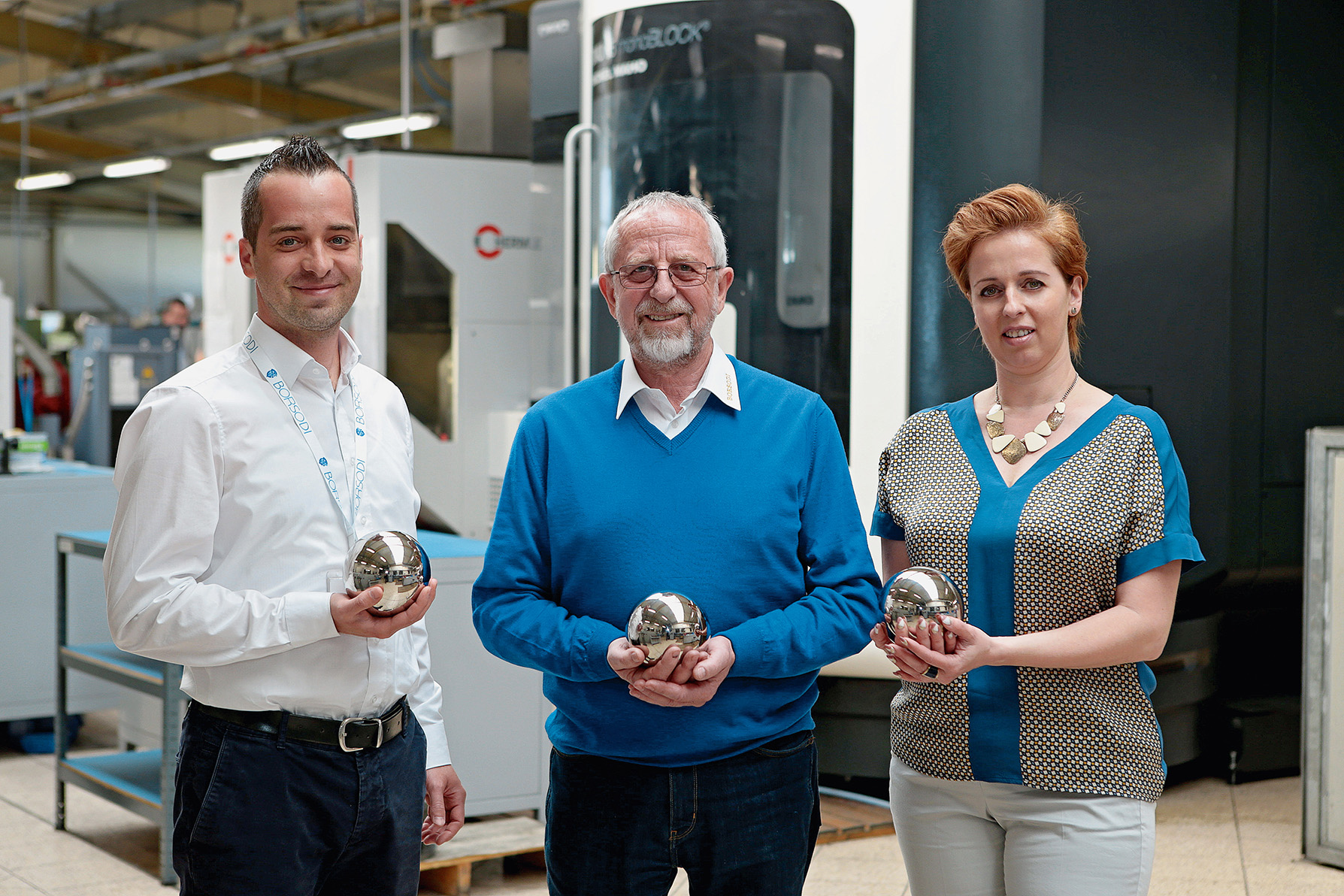 “Over the decades, we have grown into a mid-sized metal industry company which is proud of its past and ready to work for its future.”

“Our company carries the two most important cornerstones of its identity in its name. One is the Borsodi family name, which has been the trademark of the work that we are doing here for two generations, and reveals what we are especially proud of – that this is a family business. The other is the word ‘workshop’ (‘műhely’) as the embodiment of our work philosophy of precision, integrity and honour, which characterise our interactions with both our staff and our clients. These two words have brought us to where we are today. Over the decades, we have grown into a mid-sized metal industry company which is proud of its past and ready to work for its future. In the present, it provides the very best quality to its clients in the food, electronics, automotive, and healthcare sectors”, says the company’s founder.

It was exactly three and a half decades ago that László Borsodi founded his workshop in Győr with the aim of creating an ideal workplace for himself, where order, cleanliness and honest work would be the top priorities. Meanwhile, the Borsodi family name, which has become a synonym for quality, has been a trademark for the activity that helped them grow into a recognised mid-sized business in the metallurgy sector.

Their success is illustrated by the fact that, over the last few years, and more specifically, since the intergenerational succession, the revenues of the company doubled, increasing by an average of 30% annually, while their staff has grown by nearly 25% every year.

The company group – which employs over 200, has sites in Kisújszállás and Szombathely in addition to the Győr Industrial Park. This year in Szombathely, they inaugurated a new production site and a two-storey office building, creating jobs for another 75 employees in addition to the current staff of 25.

The building complex located at their headquarters in Győr was also expanded to include a new office building in 2016. The total costs of the two projects approached one billion forints.

After carefully reviewing the academic literature on intergenerational succession in family businesses, and talking to many people who had gone through the same experience, they found that there were three alternatives: sell the company, hire an external managing director, or bring in someone from the family to take over the post of the managing director. Then the crisis came along, forcing the company to postpone the succession process. In the end, after a six-month trial period, brother and sister László and Mónika took over the reins of the company in 2013.

According to Mónika Borsodi née Mrs. Horváth, it is much harder to take over a well-functioning company and lead it successfully than it is to start a new company from scratch. In order to ensure continuous development, innovation, as well as a new generation of skilled professionals, the company has been getting involved at institutions of both secondary and post-secondary education. Every year, they train 20 to 30 vocational students at their sites, as highly trained professionals are needed in other areas and not just in engineering positions – for example, in the workshop.

Whether it is for the design and implementation of devices, or the manufacture of other high-precision parts, the renewal of machine units, or R&D activities, one thing is certain: the professionals of the Borsodi company group, and the equipment that they produce, will continue to be a guarantee of quality in the future.