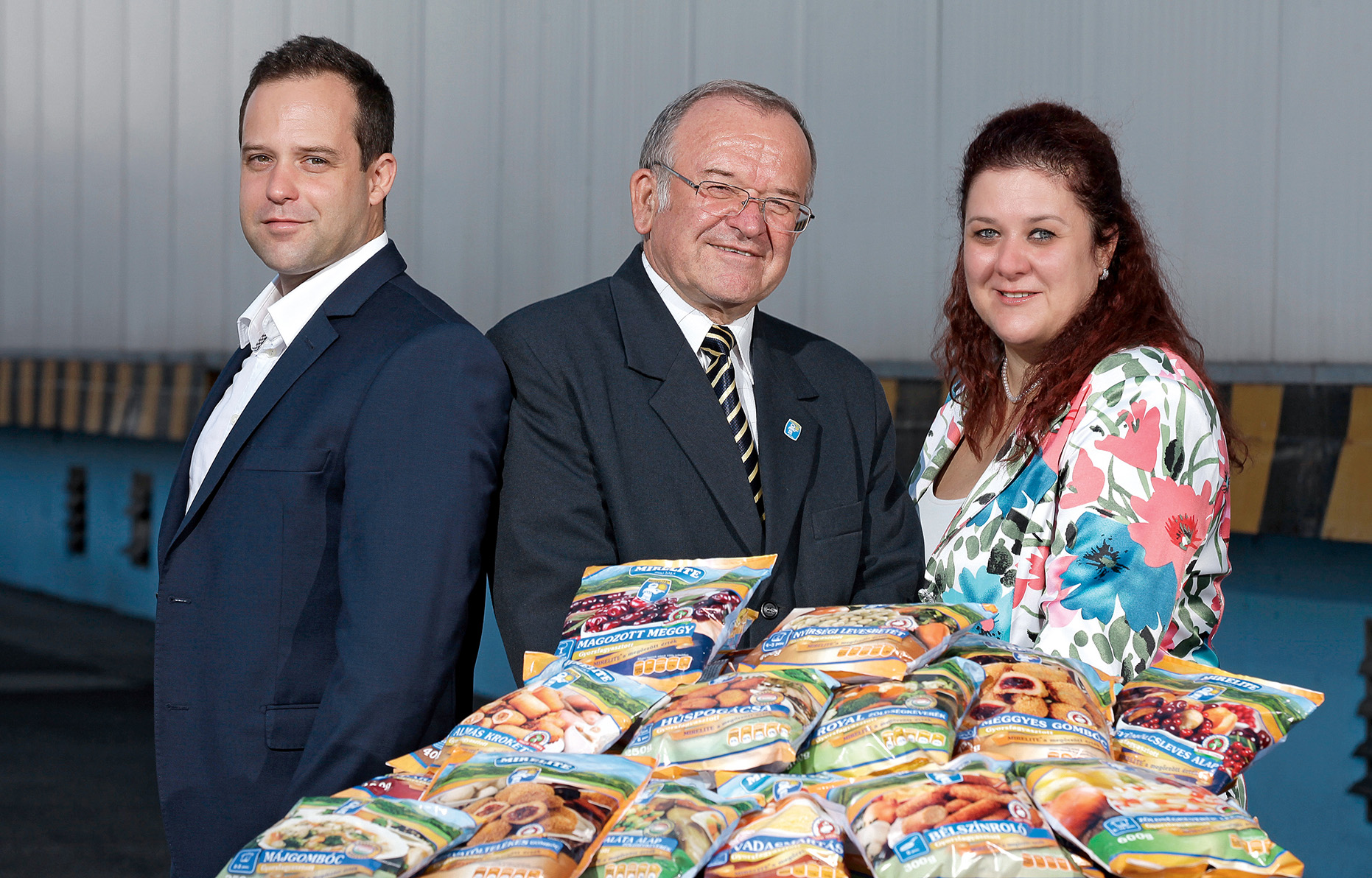 The well-known Mirelite brand is run by a quietly but impressively growing a family business based in Albertirsa, Hungary. They have weathered every crisis and emerged even stronger: they now have four manufacturing bases nationwide.

Doctor Frost – a nickname which stuck to József Losó from an article published in the magazine Figyelő – has been the owner of the Albertirsa-based Mirelite Mirsa Co. Ltd. since 2003. He had worked in the frozen food industry for a long time before buying his own company. He started out in the field in 1977 and worked as a chief engineer for the first few years, after which he became a plant manager. Throughout his entire career, he remained at the same plant which was initially owned by 17 agricultural cooperatives, and was then bought by the German Schöller Group. After the latter left, József Losó beat six other bidders and bought the plant where he had spent almost three decades, mostly as a manager.

It is no coincidence that the company slogan is “Cold products with a warm heart”, as it truly reflects how Doctor Frost (as well as his son and daughter who lead the company by his side) deals with people. Despite having worked for over four decades as a manager, József is still full of energy, and takes an active part in the company’s affairs. Currently, he focuses on the business’ strategy, development and future plans. His daughter Adrienn is in charge of financial and legal affairs, domestic sales and HR, while his son Viktor deals with the procurement of raw materials, manufacturing, logistics, marketing and exporting. The company now ensures the livelihood of many families instead of just one, as it has a year-round staff of more than 216 employees and also provides seasonal employment to an additional 150 people in four large manufacturing bases across Hungary: besides their headquarters in Albertirsa, they also have plants in Domoszló, Miskolc and Cegléd.

“We are building up bit by bit, we don’t want to take huge leap and fall flat on our face”, says József Losó jovially, despite the fact that the business has successfully survived four crises over the last twenty years. They first suffered a blow from the Russian crisis in 1998, then from the increased competition as the food industry opened up upon Hungary’s accession to the EU, followed by the global financial crisis in 2008, and finally the Russian export embargo that has been in effect since 2015. All of these challenges made survival difficult for a company which already operated with low margins. (Including Mirelite Mirsa Co. Ltd., only six of the originally more than twenty Hungarian frozen food companies made it through the past few decades.)

“We always reinvested our profits into the company. I’ve seen people who built castles, bought Mercedes’, took money out of their business, but in the end, they not only didn’t manage to finish the castle, but their company went bankrupt as well”, relates József Losó. “We think differently. As I always tell my children, it’s not about having your money sitting in the bank, but about making your company strong.”

Despite the difficulties, they bought the fruit freezing plant in Domoszló in 2004, and later acquired the huge Miskolc frozen food company where, besides processing fruit and vegetables, they also set up a meat processing plant in 2012 entirely from their own capital. Last year, they bought the premises of a defunct meat processing company in Cegléd. In 2010, they also purchased the rights to the Mirelite brand, which has been registered since 1945. They always buy cheap: seeking out plants that are waiting for restructuring in order to ensure their organic growth.

Despite consistently turning an annual profit at the operational and financial levels for nearly forty years of operation (including the first years), the company never got carried away. The family only took out loans to buy the company, though they have considered involving investors in the long run to speed up expansion. They are primarily interested in selling minority shares on the stock market. They already maintain the necessary level of diversification, as most companies in the sector only focus on a few vegetables or one or two markets. Meanwhile, Mirelite Mirsa Co. Ltd. has at least fifty products and as many product variations; therefore, its processing plants are in operation from March until Christmas, rather than for only one or two months per year. Because of this wide variety of fruits and vegetables, they are less dependent on the weather and the global market.

Furthermore, stored food such as potatoes can be processed even in January and February. Their more efficient use of their capacities keeps cost levels down and has a positive impact on profits as well. Since its foundation, the company has also played the role of an agricultural integrator. This involves entering into delivery agreements with producers during the autumn before the processing year, which is beneficial for the suppliers, as their products are protected from market fluctuations, as well as for Mirelite, which can make accurate projections based on the ordered produce, thereby optimising the use of its capacities even further.