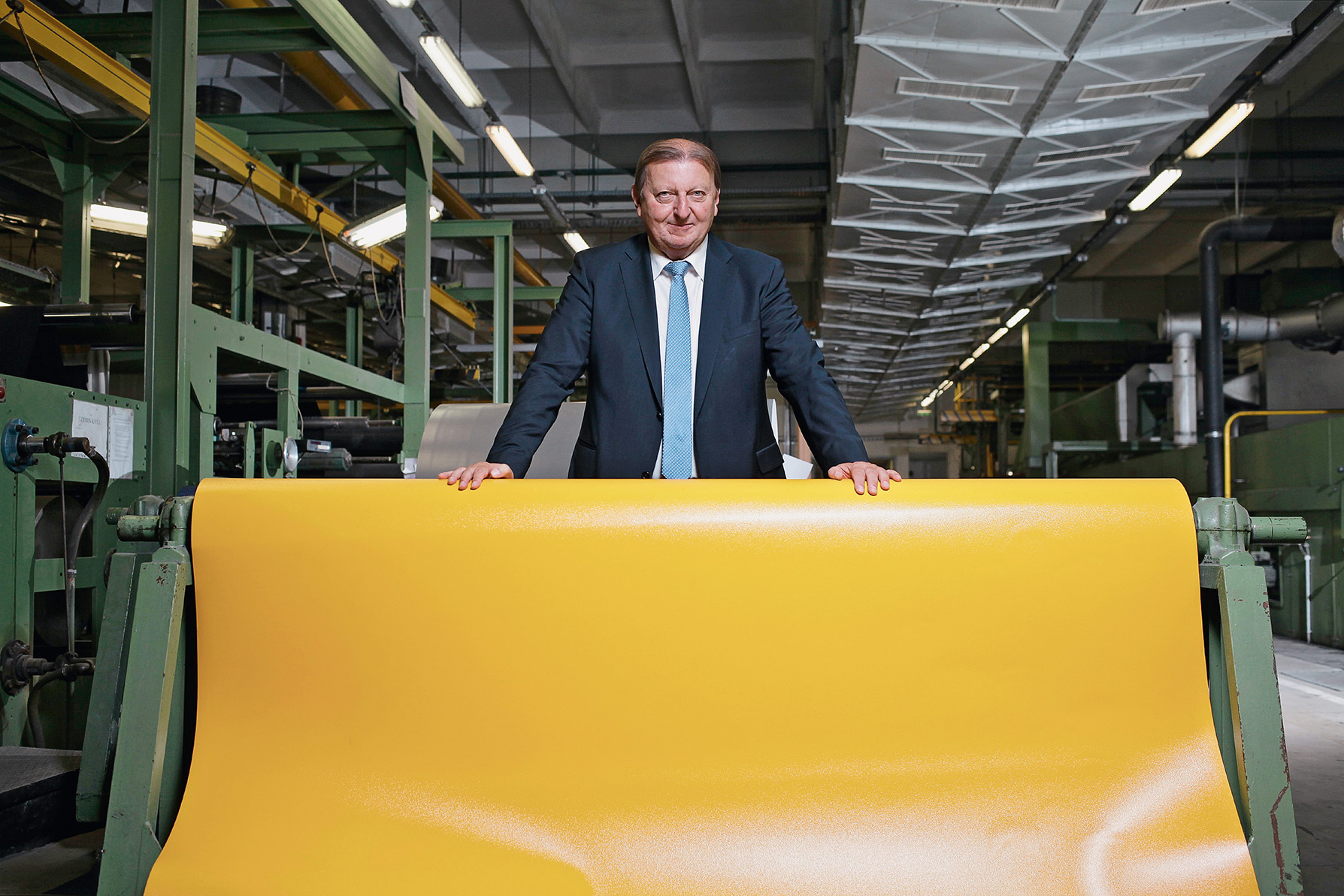 Graboplast owes its success to managerial foresight: today the company’s products are exported to 86 countries.

Despite a series of crises including world wars and recessions the company has survived for over 110 years. Its growth continues unabated, and even gained momentum after the change of regime. This is mostly the result of the company’s long-standing, predictable business model that was only shaken by specific market crises - and sometimes substantially. The Russian crisis of 1998, for example, prompted the management of the company to reconsider Graboplast’s entire profile. A decision was made to sharpen its focus, first on home interiors, and then on flooring, as illustrated by their slogan “the future is in floor production”. This vision led to the closing of several branches, such as carpets, textile and fleece. But was this the right decision? One thing is certain: if all the parquet floor tiles sold by the company in 2016 alone were laid down one after the other, they would reach Kazakhstan!

The transformation also covered the entire business policy. Since it was hard to compete with market leaders with 80-150 times their volume, Graboplast’s focus shifted to special flooring, which requires more added value, R&D know-how and even customised manufacturing.

“We only stand a chance where major added value is needed”, underlines CEO Péter Jancsó, adding that they have an intelligent sports flooring solution for sports halls, for example, which protects athletes’ knee and ankle joints and at the same time ensures standardised ball bounce. This is currently their flagship product. It is FIBA-certified, which means it can be used in sports halls used for regular international basketball games, thereby creating major market opportunities.

They produce a wide range of special floorings for public transportation vehicles. These comply with the legal requirements, making them non-slip, easy to clean and highly flame-resistant. Graboplast’s floors for public spaces also include floors that eliminate harmful bacteria and show floors which were also used in the London Olympics and even for the shooting of Harry Potter movies.

Floor production is a mature, and therefore overall not a fast growing sector, growing at a rate of 1.5-3% annually. In contrast, some of its sub-segments enjoy a staggering 15-20% rate of growth per year. Demand for decorative design floors used mostly in hotels, restaurants and offices is growing steadily, for instance.

Innovation is a top priority for the company. One of their products, for example, blends wood and PVC to combine the benefits of the two materials, making it easy to drill without the need for constant treatment. They fund similar developments partly from R&D grants.

The fact that it spends over 3% of its revenue on R&D, consistent with the spendings of the competition for the same purpose, is testament to Graboplast’s focus on innovation. The company regular participates at trade fairs and professional events.

Graboplast is largely export-focused, as illustrated by the fact that 92% of its revenue comes from exports. Nearly one-third of their production is destined for Western Europe, although they have other important markets, including Eastern European countries, Turkey, Saudi Arabia and China. They see especially great potential in the latter. In addition to the opportunities the sheer size of the market brings, their special floors are also hugely successful in local tenders.

Graboplast’s future developments are geared towards increasing the capacity of their plant in Győr and the construction of a new WPC floor plant. They are applying for grants in GINOP tenders for both projects.

The company may possibly go public in future, in particular since they have had a positive experience with BSE in the past. In the mid-90s, they used the capital raised there to finance their investments and acquisitions. The idea of going public has recently been floated again, but this time they opted for a capital increase of 1.5 billion forints instead, whereby Fordulat Tőkealap managed by PortfoLion Zrt. acquired a 16% share in the company. In addition to Tőkealap, Dekron Kft., which is also a financial investor, is a leading shareholder in the company.