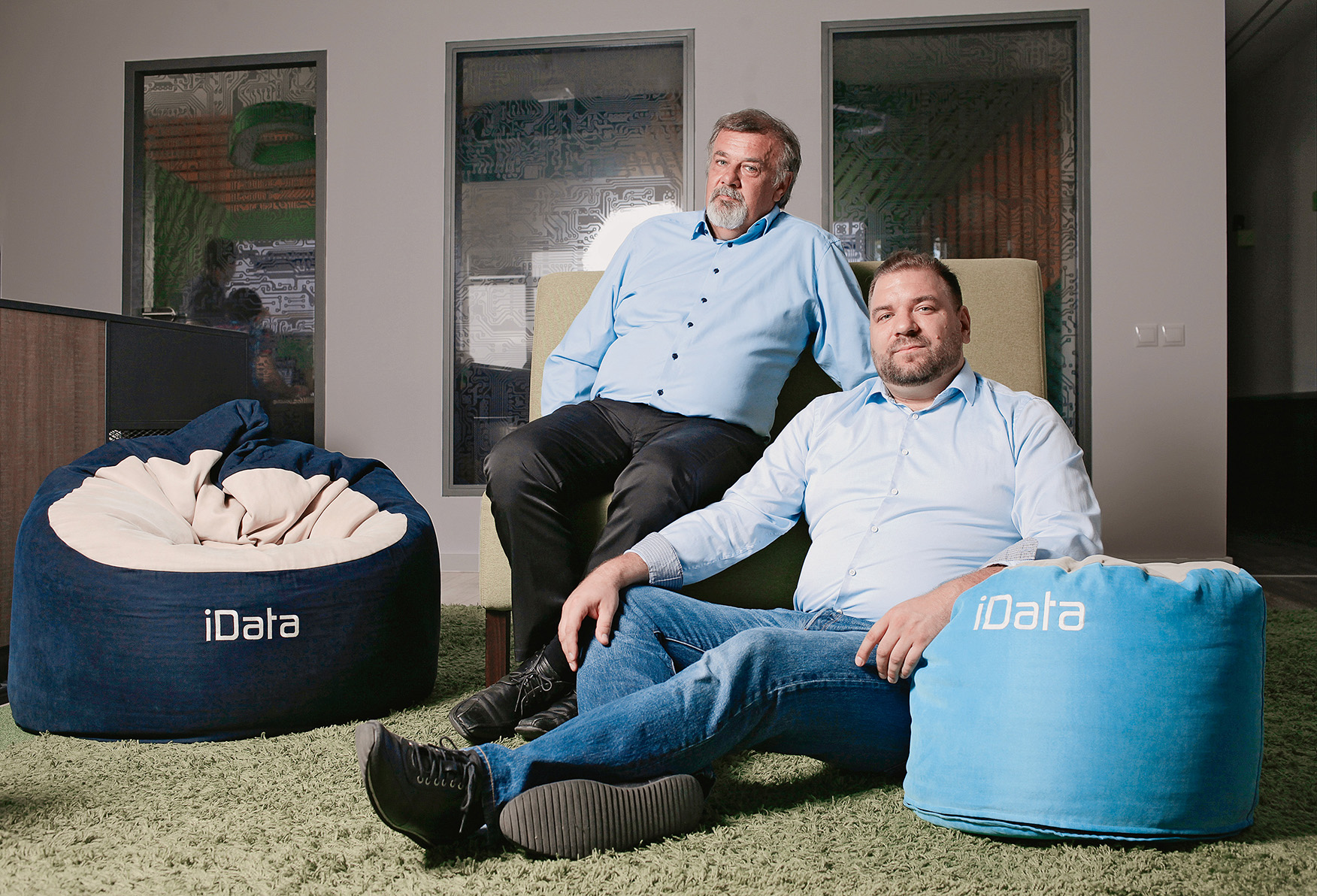 Its engineering ingenuity, its astonishingly fast response to customer needs, and its customised, quality hardware and software development have propelled iData Kft.’s solution ‘iTrack’ to the forefront of GPS tracking. The company is also expanding abroad and considering raising capital in the long term.

iData Kft.’s oldest founder, Lajos Szabó, had a somewhat bumpy career. As a young engineer in 1986, he talked his boss into taking on a contract that was seemingly impossible to fulfil. During the construction of the Formula 1 race track, barely 4 months before the race, it turned out that Ecclestone had ordered 400 international phone lines from them. Pre-1989, however, things were not so simple: the centre in Gödöllő was only able to provide 10 such connections. Thanks to efficient organisation and planning, the agreed 400 lines were available 4 days before the race.

This flexibility and can-do approach have continued to be the hallmarks of iData Kft. to this day, but the road to the foundation of the company was anything but smooth. They started developing GPS antitheft solutions and GPS tracking in the 1990s. Despite initial successes, a lack of technical support broke their momentum. Szabó recruited his undergraduate son András Szabó, and later his classmate Balázs Póka to save the company, but in the end he was forced to close it. In late 2005, Szabó founded iData Kft. with his son, Póka and Attila Nagy, who was in charge of assembly. In 1998, András Szabó and his friend were among the first to develop tracking systems with their own business Trackstar.hu

After the change of regime, Hungarian businesses did not operate efficiently, and therefore a structure was needed that would provide transparency and measurability. This trend became more pronounced after Hungary’s accession to the EU, when Hungarian businesses first came up against competition from highly efficient companies from the Far East and Western Europe.

In addition to their achievements in the business world, András Szabó and Póka also enjoyed academic success: Szabó received the dean’s special award for the iData business model at the Scientific Students' Associations Conference, while Póka was awarded the rector’s special award for his paper on the protection of personal data.

Meanwhile Lajos Szabó, who remained agile even past 50, travelled the country and collected information about needs and requirements. He also valued small customers who needed a tracking device for just one car. This flexible attitude paid more than just lip service to customer orientation and helped them acquire a large number of customers. The apple didn’t fall far from the tree - András Szabó also gave his best when it came to generating business. At one time, his father called him at the beginning of a negotiation because he needed a new feature to be developed. András Szabó, while sitting through a boring university lecture, got down to work and put together the requested feature on his laptop right there and then. So, even before the negotiations had finished, Lajos Szabó was able to demonstrate to his clients the workings of the feature they were discussing barely 40 minutes earlier.

The other key to the company’s success is the fact that, thanks to András Szabó’s savvy, the company was among the very first to subscribe to Google AdWords in 2006. This led to a sharp increase in the number of orders, and gave the company plenty of publicity, so it did not have to spend a fortune on conferences and PR.

Responding quickly to individual customer needs is at the heart of their strategy, alongside a focus on cost effectiveness.

This flexibility is mostly the product of the iTrack Vizsla internal framework and the culture of the organisation. The iTrack tracking system is a platform on which project teams from across the company can build. This means that even without a Java development engineer they are able to deliver unique solutions, which will then be turned into boxed solutions. All this shows that the company is working like an efficient innovation machine.

Though they track around 25 thousand vehicles (mostly tolled trucks) and have increased their staff to 120, including nearly 30 development engineers, they have managed to retain a family atmosphere. They always try to hire the best software and hardware developers available, and as a result of this the company has developed a unique probe that is able to measure fuel consumption precisely within an error margin of under 1%. Precise measurement also helps control driving style, enabling companies to reward drivers who spare their vehicles and save fuel.

HR is the cornerstone of the company’s strategy. There are established methods and techniques in place for recruiting, motivating and retaining employees. They take pride in having won the Intelligent Company of the Year competition, and have made it into the 50 fastest growing technology companies three times in the regional competition organised by Deloitte (Deloitte Technology Fast50).

Business is booming, partly because they reinvest all the money they earn into development. That means they predominantly expand using their own funds, and only need bank loans to finance in-house hardware production. They have a strong presence in Serbia and Romania through their distributors, providing services to 1,500 vehicles and 5,000 vehicles, respectively. This means that 70 to 80 percent of the HUF 1.3 billion they make in revenues comes from monthly paid services. They are considering raising capital, but only in the long term.

The three main assets of the company are the staff, the creative corporate culture and the excellent platform, the iTrack Vizsla tracking system.