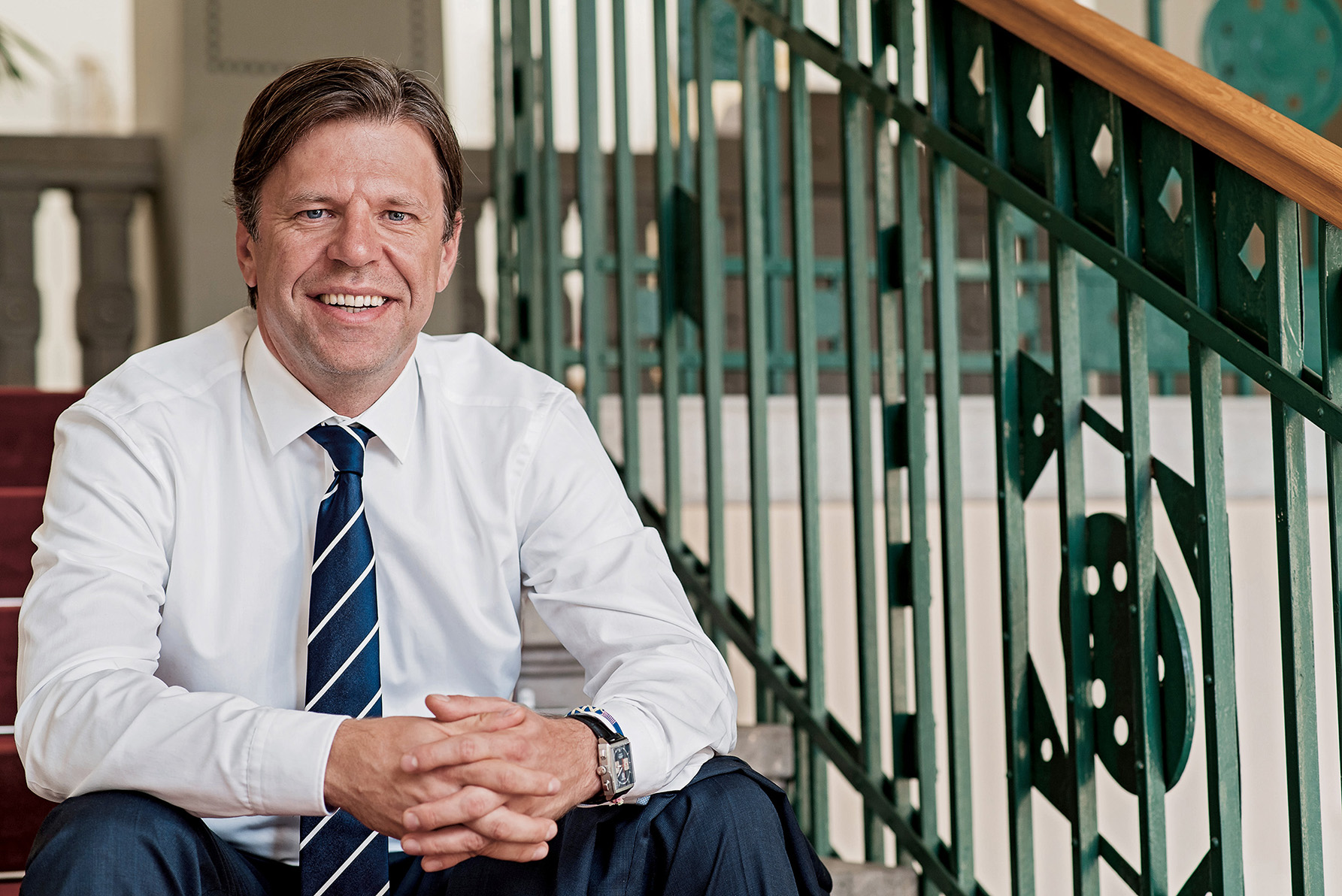 Gránit Pólus is not your run-of-the-mill real estate development company. In the past two decades, Majority owner Sándor Demján has always managed to dazzle both professionals and the general public with his extraordinary buildings.

Ever since the early 90s, Sándor Demján’s real estate development projects have been characterised by a desire to assume the role of the pioneer as well as a focus on being at the forefront and creating something unique. Although the company sold several of its assets to the prestigious TPG group in a transaction worth 600 million euros (over 180 billion forints) in late 2015, it has retained a considerable number of properties and significant development know-how. The remaining portfolio includes a very robust real estate company group under the name Gránit Pólus with a net worth of nearly one billion euros. The previous Hungarian owners continue to own the majority of the shares: In addition to Sándor Demján, OTP chief Sándor Csányi and Peter Munk, a Canadian businessman of Hungarian origin, continue to champion the unique and professional approach that helped the company create such considerable value in Hungary.

Not many people can recall that the construction of the Bank Center office towers - which still hold an AAA rating - in 1995 marked the first real milestone in the success story of the company that operated under the same name and with a similar ownership structure from the very beginning. In addition to the office building that was unique in the region at the time, Pólus Center in Budapest’s 15th district also drew a lot of attention. All the more so, since it was the first shopping mall in Budapest to follow the American model, with a multiplex and a range of rare international brands.

Even more remarkably, although it was the first building of its kind in Hungary, which meant the company had no previous experience or precedents to build on, they managed to complete the project within only 12 months of laying the foundations.

As CEO of the Gránit Pólus group, Gyula Ágházi recalls that WestEnd City Center marked the next major milestone in 1999–2000, once again representing a unique concept not only within the region, but also in Europe. The design of the still hugely successful and nearly always fully-occupied shopping mall follows the “city within the city” concept. Although it was large enough to fit in significantly more store floor space, Demján insisted on creating sizeable community and meeting spaces as well as a special roof terrace. The fact that the vast shopping centres three business centres and a hotel are all housed in the same building added another special twist, and proved particularly useful in helping reduce construction and operation costs, not to mention that the dilapidated former loading railway station that once stood there was torn down to give way to a state-of-the-art, sophisticated shopping centre in a prime location with significant footfall.

International operations were already launched during WestEnd’s construction with the erection of Slovakia’s first modern shopping mall in Bratislava. This made the company one of the first Hungarian real estate developers in the region to set their eyes on international markets. The year following Hungary’s accession to the EU saw the completion of the Polish Silesia City Center, which was built on the site of run-down coal mining facilities in what was another exemplary rehabilitation project. Similar, high-class shopping centres were built in Cluj-Napoca in 2007, Krakow in 2009, Zagreb in 2010 and Poznań in 2013, just to mention a few of the company’s key projects. This daring international expansion set the company, already known at the time as TriGranit, apart from its regional competitors. Interestingly enough, even the 2008 financial crisis was not enough to rock their successful business model. Even though bank funding dried up overnight, the young management team led by Demján managed to secure an international consortium loan of EUR 400 million (roughly HUF 125 billion) right at the peak of the crisis in 2010. This was mostly used to pay back the old mortgage on WestEnd and finance the expansion and renovation of the company’s headquarters.

By the early 2000s they had gained a reputation in the shopping mall and office building business, and once again ventured into new territory with the construction of the Palace of Arts (Müpa), which was completed in 2004. This was another unique building not only in terms of its architecture, but also its top-of-the-range sound recording and reproduction system, organ, acoustics, light and stage technology and its Public-Private Partnership (PPP) financing arrangement, which was a novel concept in Hungary for building developments.

Even though the company’s unique approach and legendary fast-paced execution of tasks suggests a profit-oriented company, Demján is a true philanthropist who had a tough childhood. In addition to founding the prestigious Prima awards, he launched a number of special CSR initiatives including donating a large area in the Bonarka shopping mall in Krakow to the Catholic Church to educate, nurture and ‘uplift’ underprivileged children.

Gránit Pólus has now completed the above-mentioned TriGranit–TPG transaction which spanned 18 months, involved four owners, eight banks and more than a dozen consultants, and represented the largest real estate portfolio purchase in Europe in 2015. In addition to looking at opportunities to sell the remaining assets of the company such as WestEnd, they are also thinking of going public, with a decision to be made by the owners still in this year. These are significant issues, firstly because the flagship shopping centre boasts a market value of half a billion euros, and secondly because as a result of their plans to go public, Gránit Pólus is considering changing its company form and becoming a regulated investment company. This would ensure that both small investors and large institutional investors can enjoy the continued success of the real estate developer and operator with the highest degree of transparency. They are looking at opportunities to enter the promising Serbian market and to build in existing lots in prime locations in Hungary.